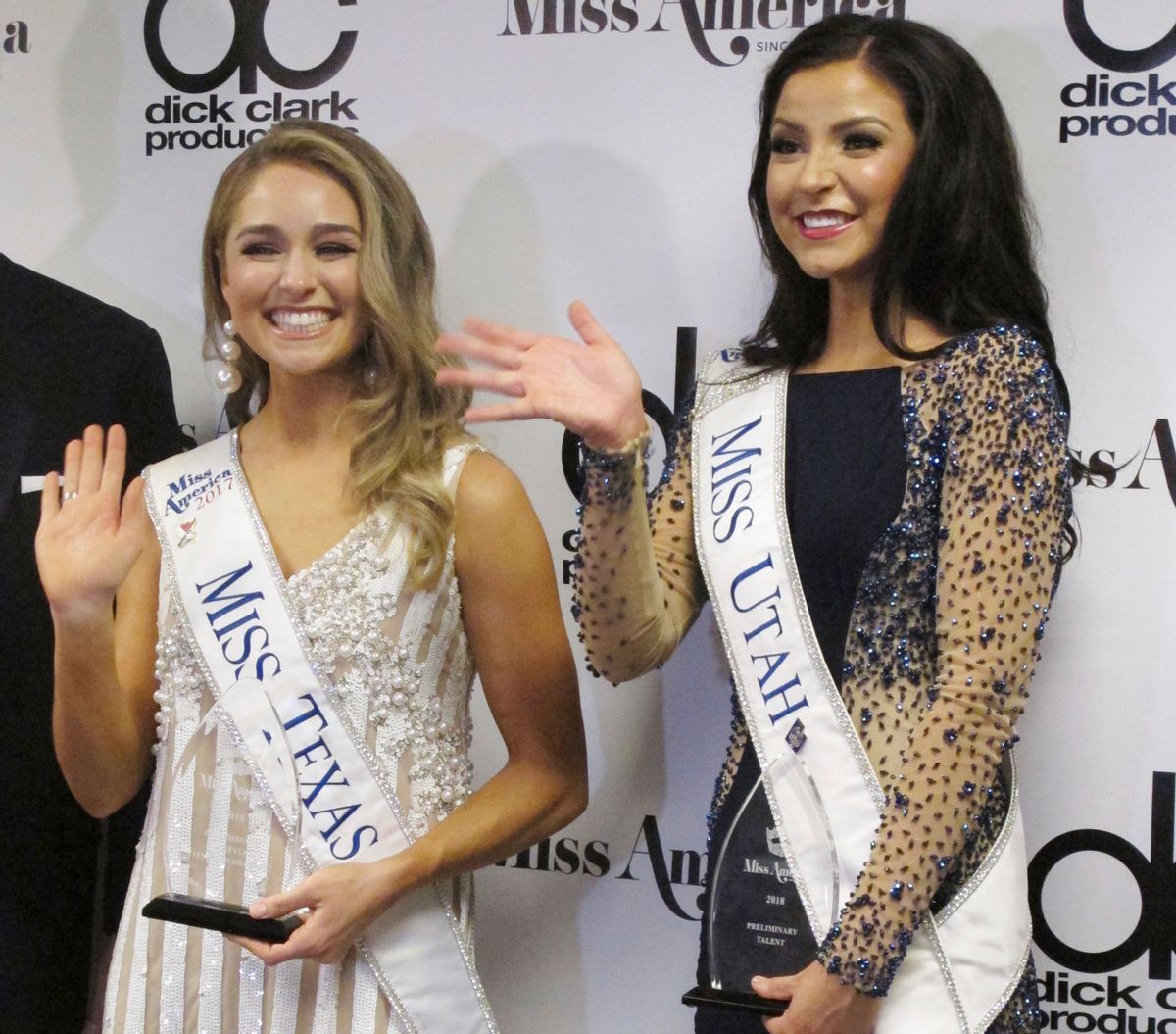 During the Miss America beauty pageant on Sunday, Miss Texas gave a response to the Charlottesville protests that President Trump failed to deliver.

The judges asked Margana Wood of Houston what she thought of Trump's reaction to the deadly protests in Charlottesville. Wood emphatically denounced the white supremacists who convened in the college town last month, shaming the president's tepid reaction in the process.

“I think that the white supremacist issue . . . it was very obvious that it was a terrorist attack,” Miss Texas said. “And I think that President Donald Trump should’ve made a statement earlier addressing the fact, and in making sure all Americans feel safe in this country. That is the number one issue right now.”

.@MissAmericaTX is up next and she will be answering a question from @MrJessCagle. #MissAmerica pic.twitter.com/WbSBx3c5Ul
— Cara Mund (@MissAmerica) September 11, 2017

Miss Texas--a white woman--showed more integrity in 20 seconds than Trump has known all his life.#MissAmerica

When Miss Texas gives a more concise answer about Charlottesville than the President... #MissAmerica https://t.co/bpCWiEZ8Wh

The Miss America competition was held this year in Atlantic City, the New Jersey city where the president made a name for himself decades ago.

For years, the president was involved with the rival Miss Universe pageant. He bought the operating company for the competition in 1996 and would maintain control for over 20 years. But in June 2015, NBC cancelled its business relationship with Trump in response to his comments about illegal immigration.

It is only appropriate that a beauty pageant contestant showed up Trump and his affinity for white nationalism.