The FBI is looking into Sputnik, the Russia-sponsored propaganda news outlet 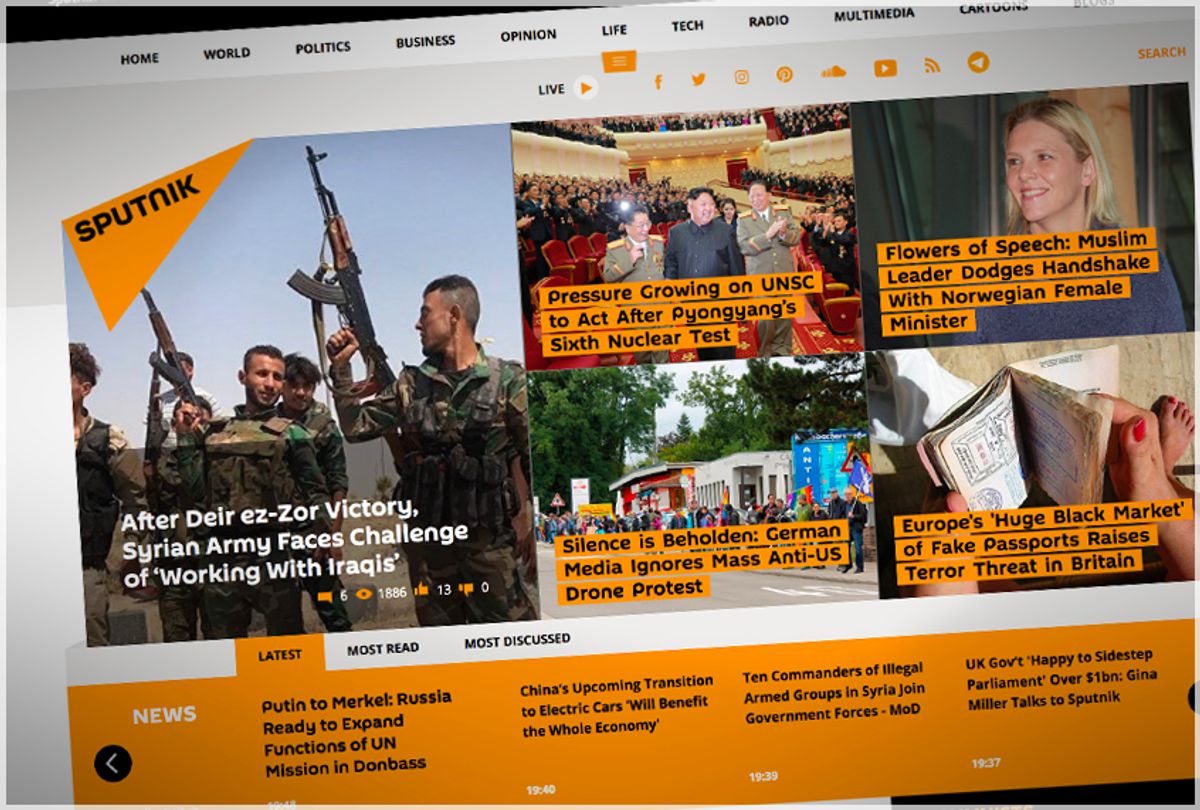 The Russian state-sponsored news agency Sputnik is being investigated by the FBI for potentially violating the Foreign Agents Registration Act.

As part of their investigation, the FBI questioned a former employee for Sputnik named Andrew Feinberg, who served as their White House correspondent, according to Yahoo News. Feinberg gave the FBI a thumb drive containing thousands of internal emails and other documents by Sputnik, which he downloaded from his laptop before being fired in May.

Feinberg told Yahoo that the FBI focused on where his orders came from "and if I ever got any direction from Moscow. They were interested in examples of how I was steered towards covering certain issues."

Feinberg was fired by Sputnik in May, when he refused to ask President Donald Trump's press secretary a question propagating a discredited conspiracy theory that the Democratic National Committee emails were leaked by Seth Rich, as opposed to the Russian government.

In an interview with Yahoo News shortly after his firing, Feinberg said Sputnik was really into conspiracy theories. "It was, ‘We want you to ask about Seth Rich and just, you know, ask about the case and if those revelations should put an end to the Russia hacking narrative and the investigation,'" Feinberg said.

"It’s really telling that the White House is pushing the same narrative as a state-run Russian propaganda outlet."

Sputnik isn't the only media outlet that has been accused of serving as a puppet of the Russian government. The state-sponsored network RT is also criticized on those grounds, while considerable circumstantial evidence exists suggesting that Wikileaks and its founder Julian Assange have done Russia's bidding.