Vancouver could have been the next Charlottesville 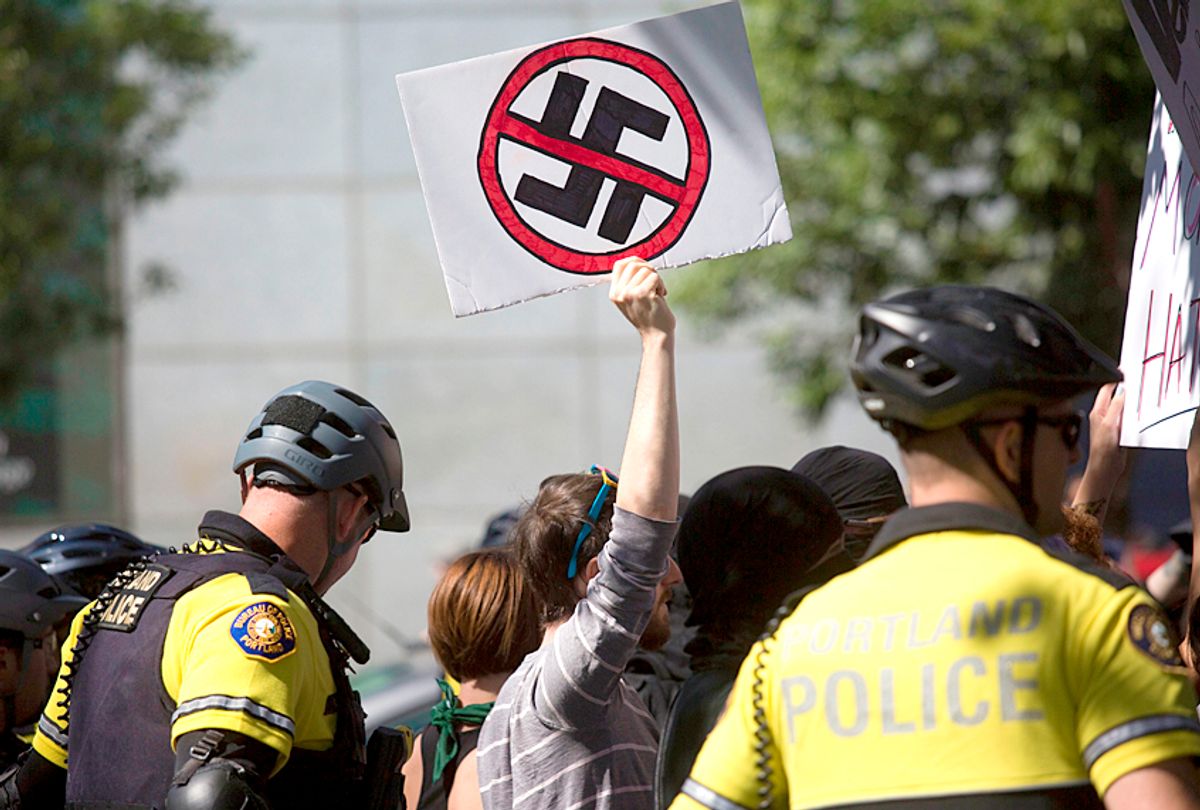 In an attack reminiscent of the one in Charlottesville, Virginia, an unidentified man drove his truck through a group of antifa protesters during a rally in Vancouver, Washington.

According to the Willamette Week:

A black Chevy Silverado with Oregon plates and two large American flags and several small flags hanging from its windows (along with a Confederate flag decal displayed on the back window of the cab) drove up to the marchers. It was driving slowly down a street flanked by people dressed in black bloc clothing.

The Silverado went into reverse and accelerated in the direction of the protesters after some of them began throwing rocks and water bottles at the truck, according to the Week. The driver pursued them for nearly a block and cut the marchers off when some of them attempted to change their path to avoid him.

Following the man being handcuffed, a group called the "Proud Boys" sprayed pepper spray out the windows of their cars at protesters, who responded by throwing rocks at them. The Silverado driver himself was released by police after being handcuffed.

The impetus behind the antifascist protest was a rally held by a right-wing group called Patriot Prayer, according to The Oregonian. Organized by group leader Joey Gibson, the Patriot Prayer rally occurred at the Vancouver Landing Amphitheater and contained speeches discussing "freedom, veterans, God and the American flag."

The antifascist counterprotesters appeared nearby to decry racism, fascism and Nazism.

In one of his speeches, Gibson said that "you don't have to be afraid. That's what Antifa wants. That's what the elites want."