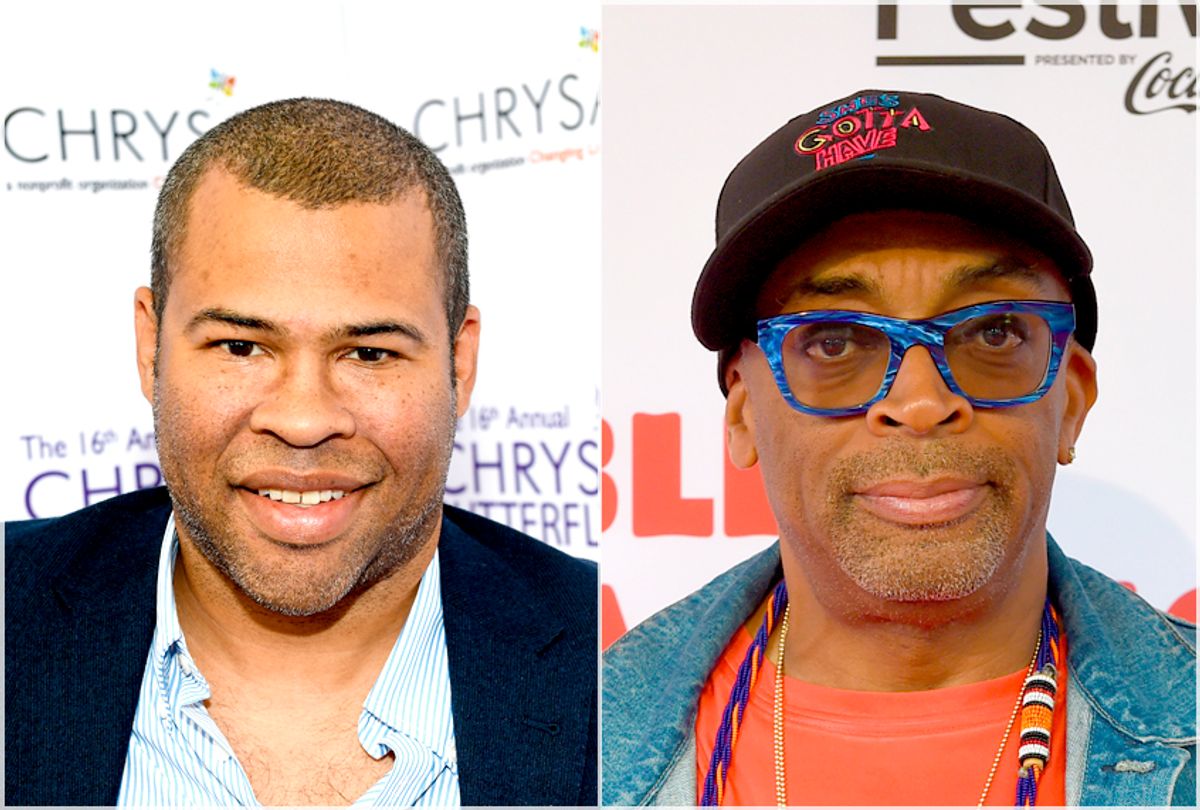 From the James Baldwin documentary "I Am Not Your Negro" to "13th" to the announcement of a Black Lives Matter drama series, black filmmakers and producers are undertaking the task of teaching the large swathes of American history often absent in most education systems. Jordan Peele and Spike Lee appear to be jumping into this trend feet first with their new film "Black Klansman". It's a first-time partnership for Hollywood's most revered black filmmakers and one of its rising stars, as well as a great chance to to shed light on a lesser-known story of black American resistance.

The fiery titled feature will tell the true story of a black detective who infiltrated the KKK, according to the Hollywood Reporter. Denzel Washington's son and "Ballers" actor, John David Washington, will star in the film. Lee will direct the adaption of the memoir "Black Klansmen" by Ron Stallworth, who as a black police detective in Colorado, gained membership to the Klan in 1978 after answering an ad in a local newspaper. Stallworth posed as a white supremacist via phone and sent a white police officer in his place for physical meetings. Eventually, Stallworth became head of the local chapter during his undercover investigation.

Peele will produce the film with his "Get Out" co-producers "Sean McKittrick, Shaun Redick and Raymond Mansfield of QC Entertainment and Jason Blum of Blumhouse Productions," the Hollywood Reporter said. "The screenplay adapting Stallworth’s autobiography was penned by the writing team of Charlie Wachtel and David Rabinowitz as well as by Spike Lee and Kevin Willmont."

During a time when "alternative histories" of Confederate victories are getting green-lit as actual white supremacists are marching under Klan doctrine and ideology, "Black Klansman" appears both timely and urgent — a welcome topical grenade with the pin out. According the Reporter, however, Peele and Lee have been "quietly working" on the film for at least two years. Surprise, everyone.

There is no release date for "Black Klansman" as of yet.