Donald Trump's "number one priority" is tax reform, even though there's no plan yet 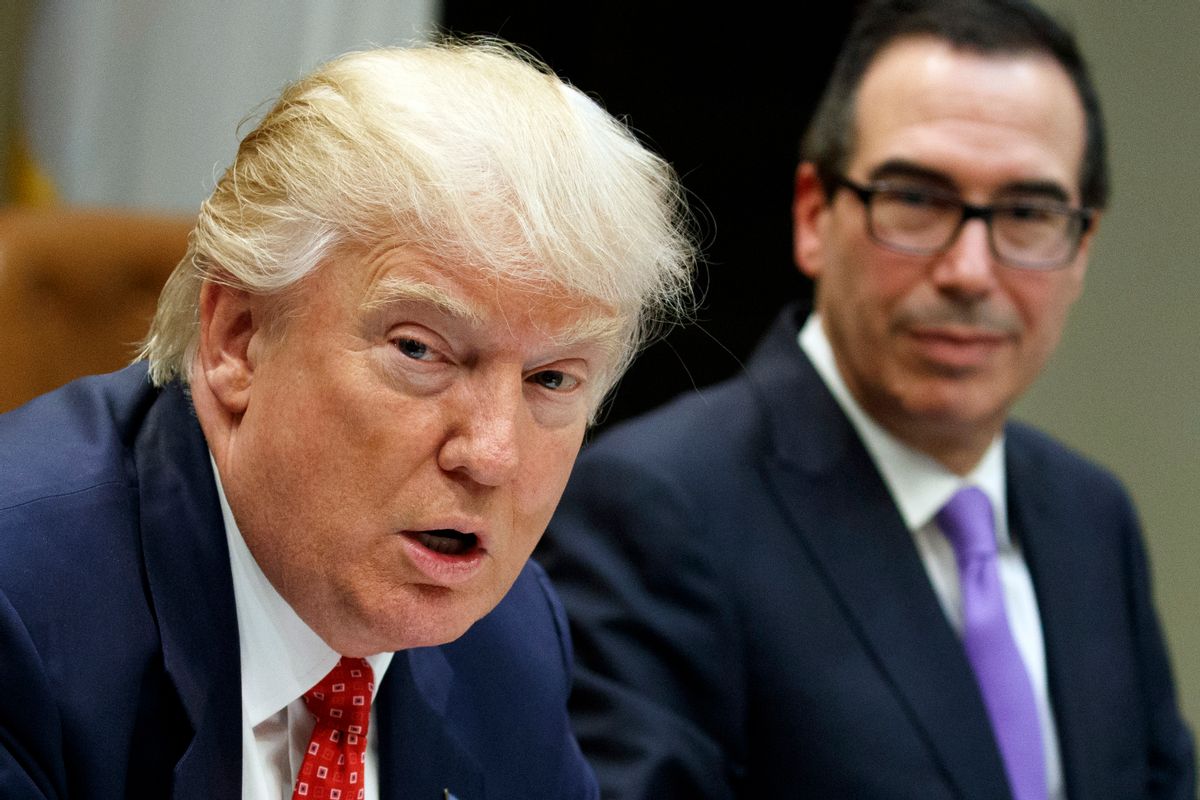 President Donald Trump desperately needs a political win, especially considering that he is nearly eight months into his first term. By this time in their presidencies, George W. Bush had already passed his own sweeping tax cuts, while Barack Obama had begun pulling America out of the Great Recession with an ambitious stimulus package.

Trump now must implement his own economic measure — a nebulous "tax reform" plan.

During an appearance on CNBC earlier on Tuesday, Treasury Secretary Steve Mnuchin said that Trump is considering backdating tax reform to the start of 2017 because "it would be a big boon for the economy." He also vowed to "get this done by the end of the year" and described Trump as "super focused" on getting results on that issue.

Mnuchin was not optimistic that one of Trump's top goals — knocking the corporate tax rate to 15 percent — would be possible "given the budget issues."

He added that they were going to "get this down to a very competitive level."

Trump, meanwhile, is expected to be proactive in trying to get tax reform through Congress. He invited moderate Democrats — including Sens. Joe Donnelly of Indiana, Heidi Heitkamp of North Dakota and Joe Manchin III of West Virginia — to join him and Republican legislators in a dinner on Tuesday, according to Politico.

In addition, the president will tour the country in order to promote his tax reform agenda, according to Bloomberg. These include swing states that he managed to win in the 2016 presidential election such as Florida, Michigan, Ohio and Pennsylvania.