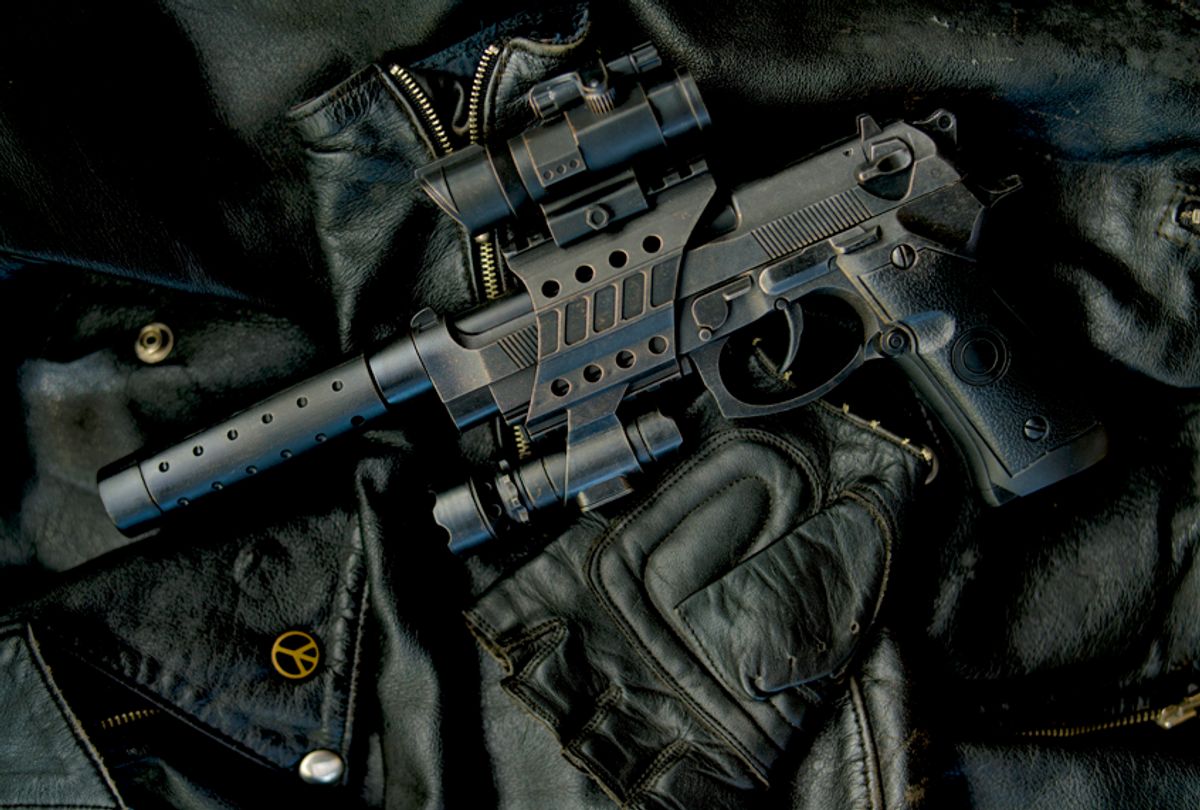 Donald Trump campaigned on the claim that he would be a "law and order" president, and the 2016 Republican platform called for more "gratitude and support" for law enforcement and expressed concern over "the murder rate soaring in our great cities." (That last part, at least, was pretty much a fabrication.) Despite that high-minded rhetoric, congressional Republicans are pushing forward with a stealth bill that will make life easier for contract killers and make it more dangerous for police to protect themselves from gun violence.

On Tuesday, the House Committee on Natural Resources will hear testimony about the innocuously titled "Sportsmen’s Heritage and Recreational Enhancement Act" (or SHARE Act), introduced by Rep. Jeff Duncan, a South Carolina Republican. Buried in the middle of a bunch of provisions regarding hunting and fishing on federal lands, however, is a provision that would roll back parts of an 80-year-old law — passed in response to the St. Valentine's Day massacre of 1929 —  that regulates the sale of firearm silencers.

"Silencers distort the sound of a gun, and in the wrong hands, they put people's safety at risk," John Feinblatt, president of Everytown for Gun Safety, explained to Salon.

Under the National Firearms Act of 1934, people who buy gun silencers must pay a $200 tax and go through a cumbersome registration process with the Bureau of Alcohol, Tobacco, Firearms and Explosives. When Trump won the election, the NRA made it a top priority to push for the end of these regulations. The campaign largely involved rebranding silencers as "suppressors" and arguing that they are necessary for firearm safety, because they supposedly protect people's hearing during sport shooting.

Gun safety advocates argue, however, that silencers make it easier for criminals to operate and put the lives of police officers at risk. They also argue that the gun lobby has cynical motivations for wanting to get rid of silencer registration and taxes: Profit.

"NRA leadership and their congressional allies are working behind closed doors to prop up lagging gun sales by making it easier for gun companies to sell silencers," Feinblatt argued, adding that the bill's backers "put profits ahead of public safety."

As Lois Beckett at the Guardian reported recently, American Outdoor Brands, which is the new name for the venerable gun manufacturer Smith & Wesson, recently acquired Gemtech, a company that sells silencers, anticipating the strong possibility that a Trump presidency would lead to deregulation of silencer sales.

“We view this acquisition as somewhat opportunistic, allowing us to enter the suppressor category prior to the potential favorable changes in legislation and at a time when the market is particularly soft," American Outdoor Brands CEO James Debney said during a shareholder call last week.

Silencers are seen by the gun industry as a great way to recruit new customers, because the devices make guns less scary to children.

"For new or younger shooters, using a silencer means being able to focus on marksmanship fundamentals and enjoy the overall shooting experience with considerably more comfort," the 2017 catalog for Advanced Armament Corporation explained.

Donald Trump Jr., who is a big fan of silencers, concurs. Last year, in a video interview with Joshua Waldron, the CEO of a silencer manufacturer, Don Jr. said that silencers were great at getting "little kids into the game."

NRA leaders have argued that the name "silencer" is a misnomer, because the devices muffle but do not eliminate the sound of gunfire. In May, gun lobbyists invited reporters to a demonstration of guns fired with silencers, to show that one can still hear a firearm's report. Chris Cox, the executive director of the NRA's lobbying efforts, argued that the movies distort people's views of silencers, adding, "They’re not silent."

It's true that silencers don't completely silence the sound of a gunshot, but the perception is correct that to muffle or distort that sound can be used by kidnappers, robbers or domestic abusers who use guns to control and intimidate their victims. Seeing a silencer on a gun could go a long way towards convincing a victim that the assailant could shoot them without being detected, making the crime victim more likely to comply with an assailant's demands. It's also true that the movie images of silencers, accurate or not, are a big selling point with gun customers who are motivated in large part by the glamorization of guns in pop culture.

Gun safety advocates argue that while the silencers don't completely muffle the sound, they do conceal the sound of gunfire far more than gun lobbyists are letting on. Noting that SEAL Team Six used the devices for stealth when they raided Osama bin Laden's compound in Pakistan, Americans for Responsible Solutions write that "guns fired with silencers could increase the risk of ambush attacks targeting cops " and may also make it harder for police to deal with active shooters, because silencers make it more difficult to ascertain the direction of a gunshot. They also point out the grim reality of such cases as California mass shooter Christopher Dorner, who killed four people with 14 shots from a silenced weapon in February 2013, without neighbors even noticing.

The Violence Policy Center released a report on silencers in June, noting that requiring people to register silencers has largely been successful in keeping these devices out of criminal hands. However, silencers "have been involved in serious and sometimes deadly crimes that graphically illustrate the threat to public safety." Many of these cases involved attempted terrorist attacks planned by white supremacists, anti-government radicals or those affiliated with ISIS.

That report also emphasizes one of the big concerns raised by gun safety advocates, which is the worry that silencers will make it easier for mass shooters to kill more people. They cite a March 2011 article in Tactical Weapons magazine, titled "The Science of Silencers," in which the author explained how American soldiers used silencers in the Afghanistan war.

"If you’re being shot at and you can’t hear the actual gunshot because it’s suppressed and the only thing you hear is the ballistic crack, you’ll think the fire is coming from exactly opposite from where it is," the writer explains, noting that, "this has caused Taliban to run towards the incoming fire, right at our guys."

An April poll commissioned by Americans for Responsible Solutions found that 73 percent of gun owners want to keep the restrictions on silencer sales in place. Slipping this regulatory rollback into a bill that, on its surface, addresses the use of federal lands for hunting and fishing suggests that Republicans know that the public has no interest in deregulating silencers, and are trying to sneak this bill through Congress while no one notices. In a news cycle dominated by Trump's incessant antics, there's a good chance they will get away with it.