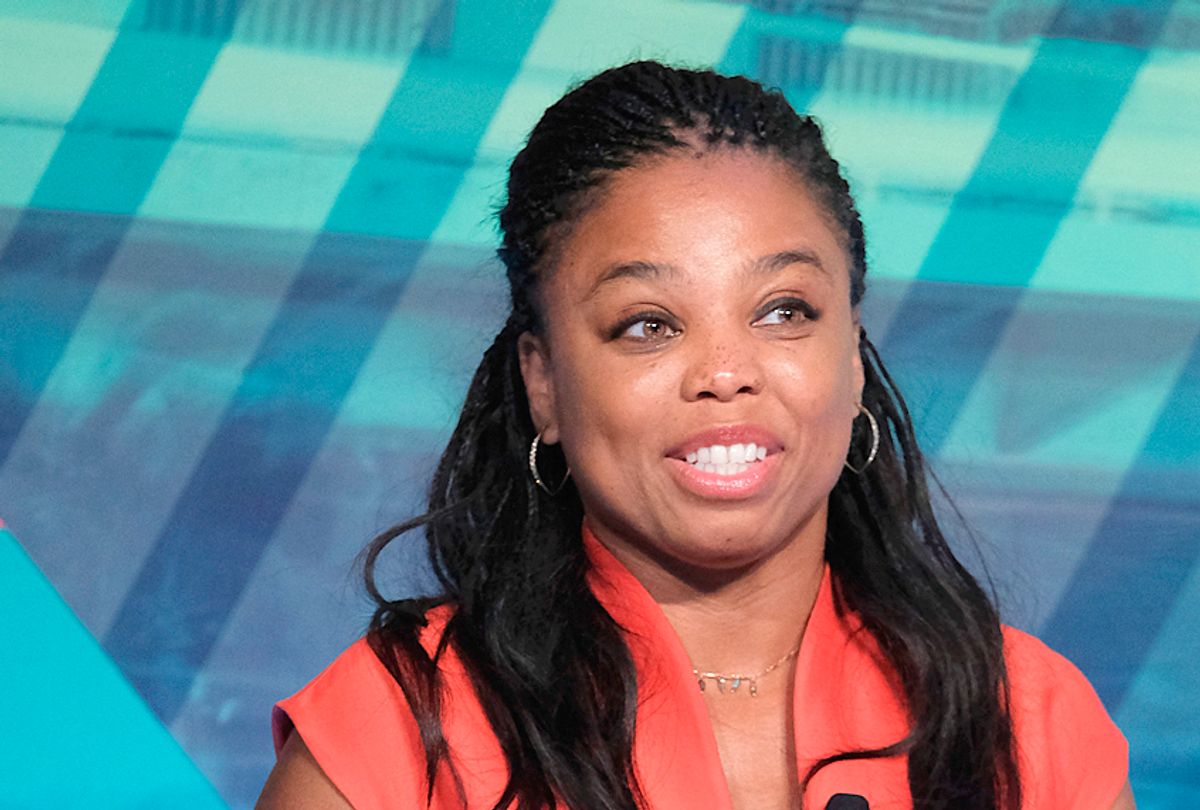 In recent months, sports network ESPN's embrace of political, often progressive issues has had viewers and critics alike accusing the media giant of liberal bias. Some have even gone so far as to claim conservative viewers were fleeing the network, attributing that to the company's observable ratings decline. Many have noted that these allegations ring hollow when looking at the full breadth of EPSN's content and that lowered viewership is more a function of changing audience habits than a mass exodus of aggrieved Trump voters.

Adding to all this discord was a series of tweets by ESPN host Jemele Hill in which she called President Donald Trump a "white supremacist."

Trump is the most ignorant, offensive president of my lifetime. His rise is a direct result of white supremacy. Period.

No the media doesn't make it a threat. It IS a threat. He has empowered white supremacists (see: Charlottesville).

He is unqualified and unfit to be president. He is not a leader. And if he were not white, he never would have been elected

It's some very strong tea, to be sure, but it's nothing that hasn't been said repeatedly by others, both in and out of the media. Moreover, none of it is actually petty or in poor taste (indeed, some may find it simply factual). Nonetheless, it rather predictably drew the ire of some of ESPN's more conservative viewers, some of whom felt that Hill was unfairly disparaging the president.

In response, ESPN's leadership released a statement denouncing Hill's comment. "The comments on Twitter from Jemele Hill regarding the president do not represent the position of ESPN," the statement said. "We have addressed this with Jemele and she recognizes her actions were inappropriate." Regardless, the tweets remain live as of this writing.

It's par for the course for a network that has been hypersensitive to the accusations surrounding its perceived liberal bias. ESPN even went so far as to commission an outside firm this year to survey its audience about any political tilt in its programming. The network considered the study a win, as two-thirds of the respondents indicated that ESPN had found the right chemistry between sports and political issues. Of the 30 percent who indicated that the sports network did have a political bias, a third of those respondents believed ESPN pushed a conservative, rather than a liberal, viewpoint.

Nevertheless, conservatives such as Fox Sports radio host Clay Travis have accused ESPN of showing Hill preferential treatment. Travis reported Tuesday that Linda Cohn was suspended earlier this year for suggesting on a radio show that ESPN's liberal bias had hurt the network's ratings. Travis, a shock jock reporter who got into trouble with advertisers in 2016 for criticizing Vanderbilt University for removing the word "Confederate" from its historic Confederate Memorial Hall, has been on a campaign to malign ESPN's political programming.

Got it. So you can say whatever you want as long as you're liberal @espn. MSESPN gonna MSESPN, y'all. https://t.co/LtnCSdjBLW

Travis, along with his conservative followers, have called on ESPN to inflict a harsher punishment on Hill. The fact that disgraced former anchor Britt McHenry positions herself as a conservative martyr (in actuality she was fired for abusive language and making an ass of herself), and that announcer Robert Lee saw his duties change after the Charlottesville riots, complicates matters.

Liberals, too, heaped their scorn on ESPN's response to Hill's tweet, many feeling that her statements were accurate and did not necessitate a statement from corporate.

What @jemelehill tweeted was not partisan; it was not opinion; it was factual.

Yes, the only one really losing here is ESPN. As the network attempts to engineer a future with lower ratings and report on the increasingly political nature of sports in the 21st Century, it's going to have to find a way to win — and quickly.