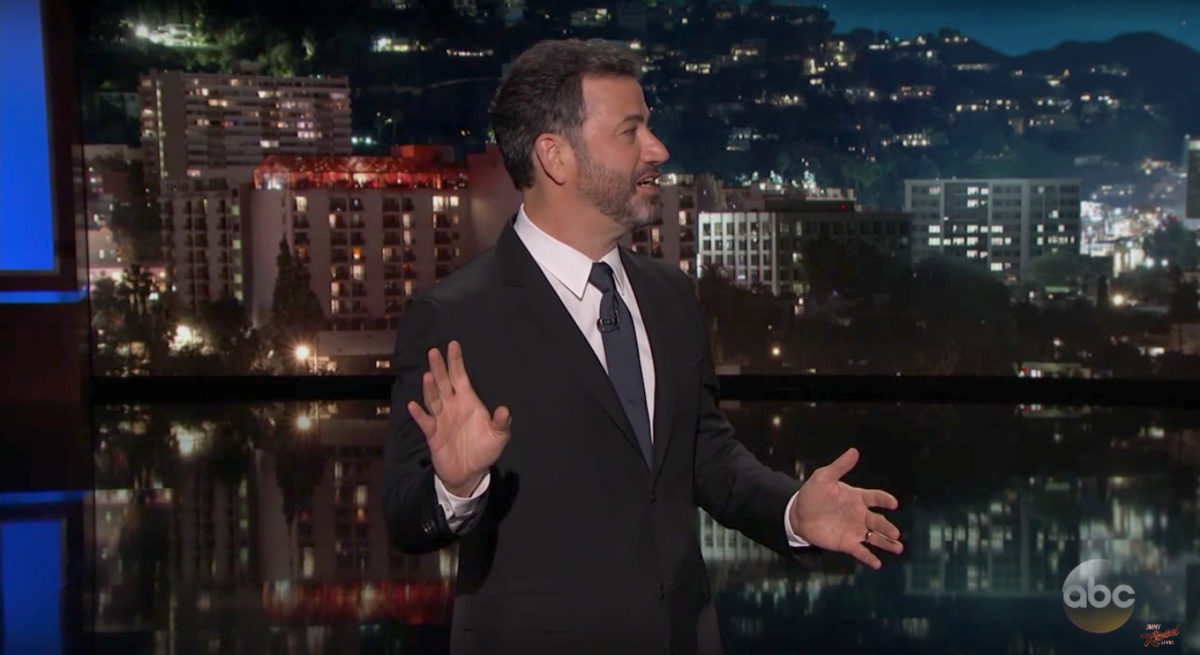 After Ted Cruz’s Twitter account briefly liked a pornographic tweet, the Texas senator has himself burst into the late-night spotlight. "Jimmy Kimmel Live!" and "The Daily Show" greeted him in the late-night octagon Tuesday night, brutally roasting the family-values politician from Texas.

"He's a family values guy," Jimmy Kimmel said to lead off his monologue. "Just think, if he did this during the campaign, he'd probably be the president right now."

Kimmel presented four theories as to why Cruz's Twitter handle would have "liked" the clip. Either someone on his staff was browsing Twitter and accidentally liked it; his account was hacked; his wife walked in while he was watching the video and clicked like while trying to close it; the most likely, theory:

Kimmel then delivered a below-the-belt joke that exonerated Cruz of any wrongdoing.

Trevor Noah started his monologue Tuesday talking about the big news in the tech world. He wasn't referring to Apple's new iPhone X, however.

Then Noah himself offered a theory as to how this blessed moment could have ever happened.