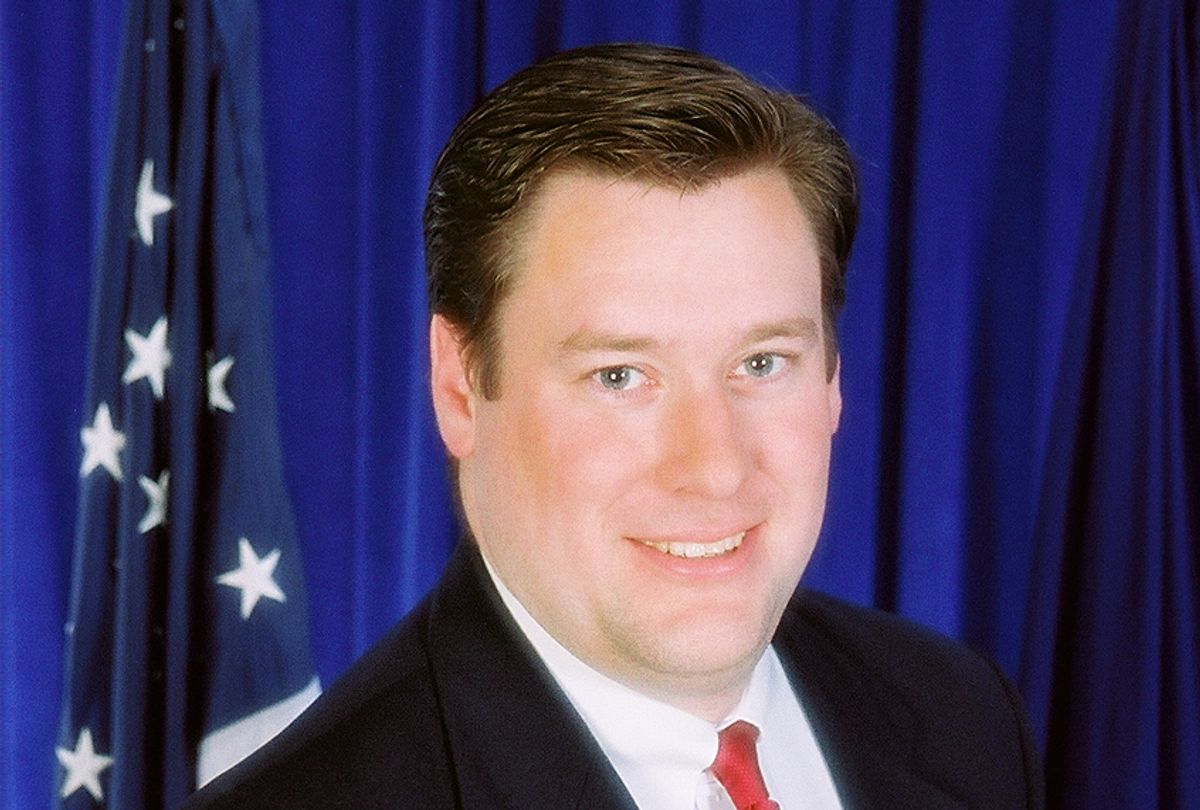 President Donald Trump's nominee for a top position at the Federal Emergency Management Agency (FEMA) withdrew from consideration after questions were raised about a federal investigation regarding falsified government travel and timekeeping records, as well as ethical behavior about his work after Hurricane Katrina.

Daniel A. Craig told NBC News on Wednesday that he would no longer pursue the job as deputy FEMA administrator, the second highest position in the agency. "Given the distraction this will cause the Agency in a time when they cannot afford to lose focus, I have withdrawn from my nomination," he wrote in an email.

A joint investigation by the FBI and the Department of Homeland Security’s Office of Inspector General was launched to determine whether or not Craig violated conflict of interest laws, and whether he profited off of FEMA's lackluster response to the devastating 2005 hurricane. Craig was the director of recovery for the agency from 2003 to 2005.

The 2011 report was never made public, but Craig was "allegedly exploiting his position as FEMA’s director of recovery for personal gain," NBC reported, after having reviewed the report. "At the time, the agency was giving $100 million contracts to private firms for temporary housing of Katrina victims, and the report said that Craig was seeking employment with those firms."

Craig was never charged with a crime, and has repeatedly maintained his innocence. After he left FEMA, he became a lobbyist for the Miami-based law firm Akerman Senterfitt, where he worked "on behalf of a client that secured more than $1 billion in FEMA contracts as part of the Katrina relief effort," NBC reported.

Because Craig was a federal employee in a senior position, he was not allowed to lobby FEMA officials for a full year. However, the report alleged that "he had dinner with two FEMA employees" before an full year passed "and submitted the bill to his firm as business expenses, according to Akerman account statements cited in the report," NBC reported.

One of the employees he met with for dinner was the FEMA administrator, David Paulison, who secretly recorded conversations with Craig after the FBI had informed him of the conflict of interest investigation, according to NBC.

The report also alleges that Craig "committed travel-voucher fraud for a trip he took to Baton Rouge, Louisiana, in August 2005," NBC reported. Craig had claimed "his travel expenses were for official government business when in fact he was interviewing for a job with the Shaw Group, an engineering and construction firm that received a big post-Katrina contract."

The Shaw Group was awarded with a "$100 million contract to provide temporary housing for victims of Katrina" by FEMA, and Craig was eventually offered a job, but he later turned it down after his initial acceptance.

Under federal law, executive-branch employees are prohibited from participating in government matters in which they have a financial interest. In a Sept. 21, 2005 letter to Paulison, then FEMA’s acting director, Craig made an effort to recuse himself, but the letter was dated after the report said he had begun interviewing with Shaw, and after FEMA had already awarded the contract to the firm. A FEMA official also told investigators that Craig had not properly recused himself before interviewing with Shaw, according to the report.

Craig told Paulison that he was potentially pursuing a job with Shaw, among other firms, and could no longer participate in matters that affected the financial interests of those companies, according to the letter, which was obtained by the Project on Government Oversight, a non-partisan watchdog group.

Craig also informed DHS’s Office of Inspector General that he had landed a job with a FEMA contractor but did not take it, according to the report. That was what prompted the IG’s office to open its initial investigation into Craig’s potential conflict-of-interest violation, the report said.