Bernie's healthcare solution has a major flaw, and it's an open invitation for critics

“If the Bernie bill gets any real attention, other people are going to fill in the blanks." 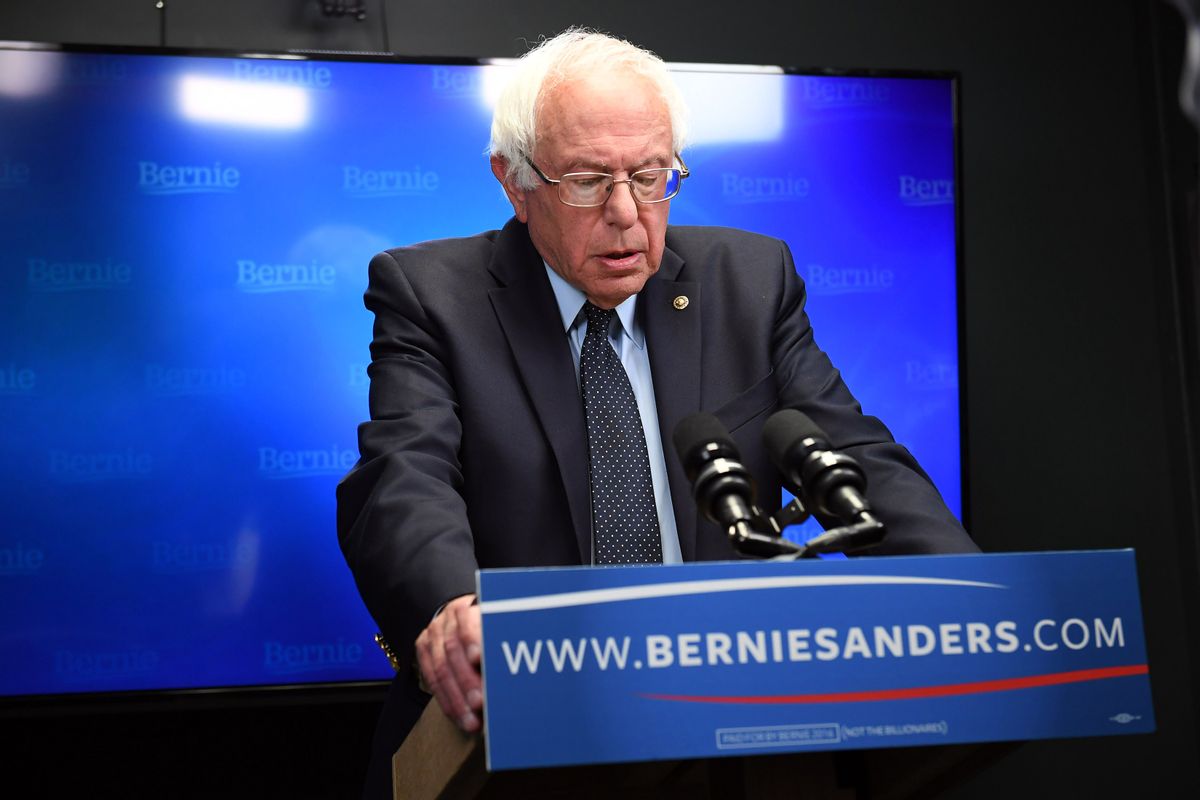 The good news is Bernie Sanders and other senators will introduce a “Medicare-for-All, single-payer healthcare” legislation this week. The bad news is their proposal won’t say how to pay for universal health care for all Americans.

“Unless something changes, which I’m [still] hoping, this confirms the two nastiest judgments of critics of single-payer,” said Gerald Friedman, a University of Massachusetts economist and expert on financing nationwide universal healthcare coverage. “The liberals are saying, ‘The single-payer community doesn’t know how to do policy, so they need to come to us, the wonks, and we’ll tell them how to do it’ — and in the process, we won’t do single payer, we’ll do something else. And the conservatives who say, ‘Single payer will be so expensive that even its supporters are scared to talk about how much it will cost and how much it will raise your taxes.”

Friedman’s warning, call it loyal opposition, comes at a poignant moment. Progressives have long sought a national health system, long before Sanders ran for president and popularized the idea. It got sidelined in 2017 over GOP threats to destroy Obamacare and gut Medicaid, the state-run health plan for the poor.

But the GOP’s “repeal and replace” implosion wasn’t the only big health policy debacle this year. In Democrat-controlled California, a proposal for a state single-payer system was sidelined. It passed its state Senate, but only after supporters said the state Assembly would fill in its financing options.

Days before the Senate acted, the bill’s top advocate, the California Nurses Association, released a plan to raise the $100-plus billion in revenue needed, offering two progressive tax increases. But Senate staffers got ahead of the nurses and said a state single-payer system would require doubling the payroll tax. That scary scenario, which was not the only revenue option, paved the way for conservative Democrats in the state Assembly to kill the nurses’ proposal.

Friedman’s point is the Sanders bill is poised to repeat this same mistake — giving an opening to the status quo’s defenders to frame single payer as unaffordable, and more of a left-wing fantasy than a serious policy alternative. The economist, who has seen various versions of Sanders' bill, said there is no reason to give opponents this open invitation, especially when there is plenty of academic literature discussing progressive revenue options.

“We have a bill, great. It would be even better if it was a full bill,” he said. “Here’s where they could go. There are a bunch of studies done on the state level [New York, California]. There’s a PNHP [Physicians for a National Program] study but also [David] Himmelstein and [Steffie] Woolhandler have a study in the Annals of Internal Medicine this year, estimating its costs.”

What are these studies’ revenue options, as well as on websites like Healthcare-Now.org, where Friedman is a board member. They involve a mix of options that move away from employers carrying the costs or individuals buying policies, which are pillars of the current system. There is raising state sales tax by a few points, taxing business revenues after the first $2 million—which exempts small business, taxing speculative financial transactions, increasing the payroll tax in tiers to protect low-wage earners, and increasing the income tax for people making more than $225,000 annually.

“The insurance industry and the drug companies and the hospitals can afford to pay economists, and they will find good economists who will say ridiculous things — things that I consider ridiculous,” he said. “But without an answer from Sanders, that’s what’s going to come in. Just like the California Senate’s estimates, which were a bit high; but are not nearly as unreasonable as what Republicans are going to come in with — if it gets to that.”

On the other hand, Sanders’ bill may not be much more than a rallying cry for a grassroots movement before 2018’s elections. There’s little chance anything he proposes would get a hearing in this Congress. But even if that’s true, his proposal should not be a bumper sticker that hurts reform effort, including smaller steps.

“What can happen now?” Friedman said. “On the federal level and on the state level, we have to find intermediate steps. Things like Medicare for All [where enrollees pay premiums, deductibles and co-pays, and insurers sell policies covering its gaps], or Medicare for More, such as lowering the age of Medicare five years at a time… We are not going to be able to go ahead in one leap. This is too much money and too many [opposing] interests. We have to chip away at the interests.”

When progressives hear from Sanders, Sens. Elizabeth Warren, D-MA, and Kamala Harris, D-CA, and many advocacy organizations later this week, they should heed what these political figures are promoting: pragmatic legislation or a political campaign. Even H.R. 676, the single-payer bill proposed by Rep. John Conyers, D-MI, tips its hat to including funding mechanisms, even if they are generic references to taxing the richest Americans.