Can Trump pardon himself and his children?

The presidential pardon power is broad, but not limitless 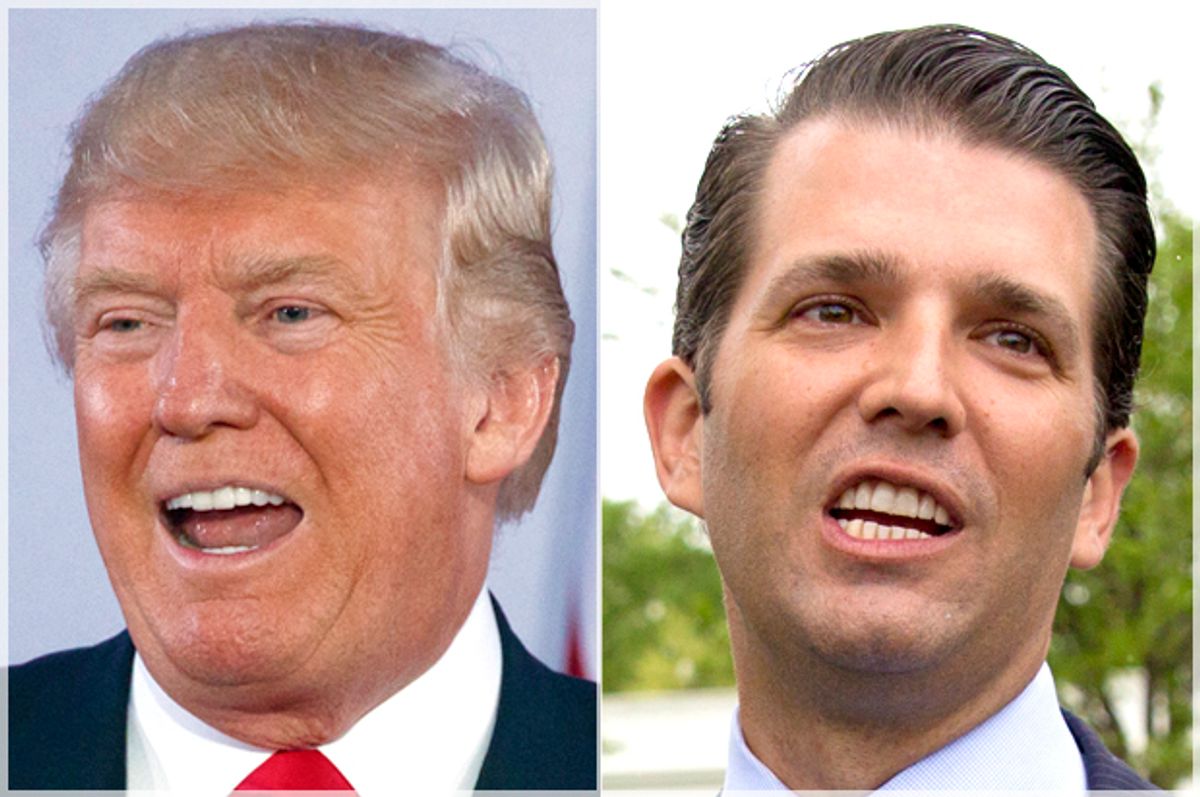 According to the US Constitution, “The president… shall have power to grant reprieves and pardons for offences against the United States, except in cases of impeachment.” Like so much of the Constitution, the framers were sparing in the language that courts must now interpret.

One of the few Supreme Court cases on pardons is Burdick v. United States. In Burdick, the court considered the case of an editor of the New York Tribune newspaper (Burdick) who would not name his source for a story about fraud at the city’s US Custom House. In 1914, Burdick was offered a pardon by President Woodrow Wilson. He refused to accept the pardon and was sent to prison for contempt.

The question in the Burdick case was the effect of the unaccepted presidential pardon. The US Supreme Court in Burdick indicated that presidential pardons can be rejected: “A pardon is a deed, to the validity of which delivery is essential, and delivery is not complete without acceptance. It may then be rejected by the person to whom it is tendered, and if it be rejected, we have discovered no power in a court to force it on him.”  The court ultimately concluded: “it was Burdick’s right to refuse [the pardon]…”

Burdick also clarifies that to accept a pardon is to accept guilt for the crime for which one is being pardoned. As the high court said, “a pardon… carries an imputation of guilt; acceptance a confession of it.” The end result of the case was the US Supreme Court ordered the lower court “to dismiss the proceedings in contempt, and discharge Burdick from custody.”

The Department of Justice keeps a running tally of presidential pardons going back to 1900. The US president who granted the most pardons (2,819) was Franklin D. Roosevelt, which makes sense as he was the longest serving president from his inaugural on March 4, 1933, to the day he died in office on April 12, 1945. One of the more interesting uses of the power was Jimmy Carter’s blanket pardon for draft dodgers of the Vietnam War, issued the day after he was sworn in.

So far, President Trump has issued just one controversial pardon: that of the former sheriff of Maricopa County, Arizona, Joe Arpaio, for his criminal contempt of court conviction. Arpaio continued to racially profile Latinos after a federal judge ordered him to stop.

One of the ways the Arpaio pardon violates established norms is that typically a person must wait for at least five years after conviction before filing a pardon application. There was no five-year period for Arpaio; he hasn’t even been sentenced yet. The judge in the case still wants to hear from federal prosecutors on October 4 about whether to grant Arpaio’s request to overturn her finding of guilt. This would be inconsistent with the Burdick case, which makes accepting a pardon tantamount to admitting guilt of the underlying crime.

President Trump has inquired about his power to pardon his family, his business associates and even himself. Most legal scholars think the president cannot pardon himself — in essence because a pardon is like a marriage: it takes two people. Just as one cannot marry oneself, neither can one pardon oneself — although there are outliers like former federal judge Richard Posner, who claim a president can.

A memo by the Office of Legal Counsel informed President Nixon that he could not pardon himself because he could not be a judge in his own case. If this question is ever litigated to the Roberts Supreme Court, the court might look to the more recent Caperton v. Massey case, where the Supreme Court reiterated once again, “no man can be a judge in his own case…” Caperton dealt with actual judges and not pardons, but it is a basic tenet of the rule of law that no one is above the law, even the president.

Other than an impeachment case or a self-pardon, the power of a president to pardon is extremely broad. There is nothing in the constitution, for example, that would prevent a pardon of all the Trump children for federal crimes. (Not that we think Barron and Tiffany have any liability at present. The other three — Eric, Don Jr. and Ivanka — potentially are another story.) After all, Bill Clinton pardoned his brother Roger.

Special counsel Robert Mueller surely knows that Donald Trump may try to pardon lots of his associates, individuals Mueller may be investigating for possible crimes during the 2016 election or other misdeeds. Which is why it is so significant that there are press reports that Mueller is coordinating with New York State Attorney General Eric Schneiderman. Again, the president’s pardoning power is limited to “offences against the United States.” In other words, President Trump can only pardon federal crimes. He has no power to pardon state crimes.

Frequently, criminal activity will run afoul of both state and federal law. For example, if a tax return is fraudulent and is filed with both the IRS and a state taxing authority, it could violate both federal and state law. A presidential pardon would only apply to the federal crimes. The state crimes are the purview of the relevant governor.

What’s more, prosecuting state and federal crimes does not raise double jeopardy concerns because of another Supreme Court case known as Bartkus v. Illinois (1959). The Bartkus case indicates — under the “dual sovereignty” doctrine — that the double jeopardy clause of the US Constitution does not prohibit successive federal and state prosecutions for the same conduct. And the highest New York State court agreed in 2007 in Polito v. Walsh that the prohibition against double jeopardy for bringing a New York state criminal case does not apply when a federal prosecution has been terminated.

Attorney General Eric Schneiderman has jurisdiction over violations of any state laws that happened in Trump Tower. He also has jurisdiction over whatever was happening at the Trump SoHo hotel in downtown Manhattan, including the alleged legally problematic actions of one Felix Sater. If Schneiderman successfully prosecutes Trump family members or members of the Trump campaign or Trump business partners, President Trump can tweet and fume all he wants. He won’t have the power to pardon them for violations of state laws.

Ciara Torres-Spelliscy is Counsel at the Brennan Center for Justice at NYU School of Law and co-author of "Improving Judicial Diversity" along with Monique Chase and Emma Greenman.