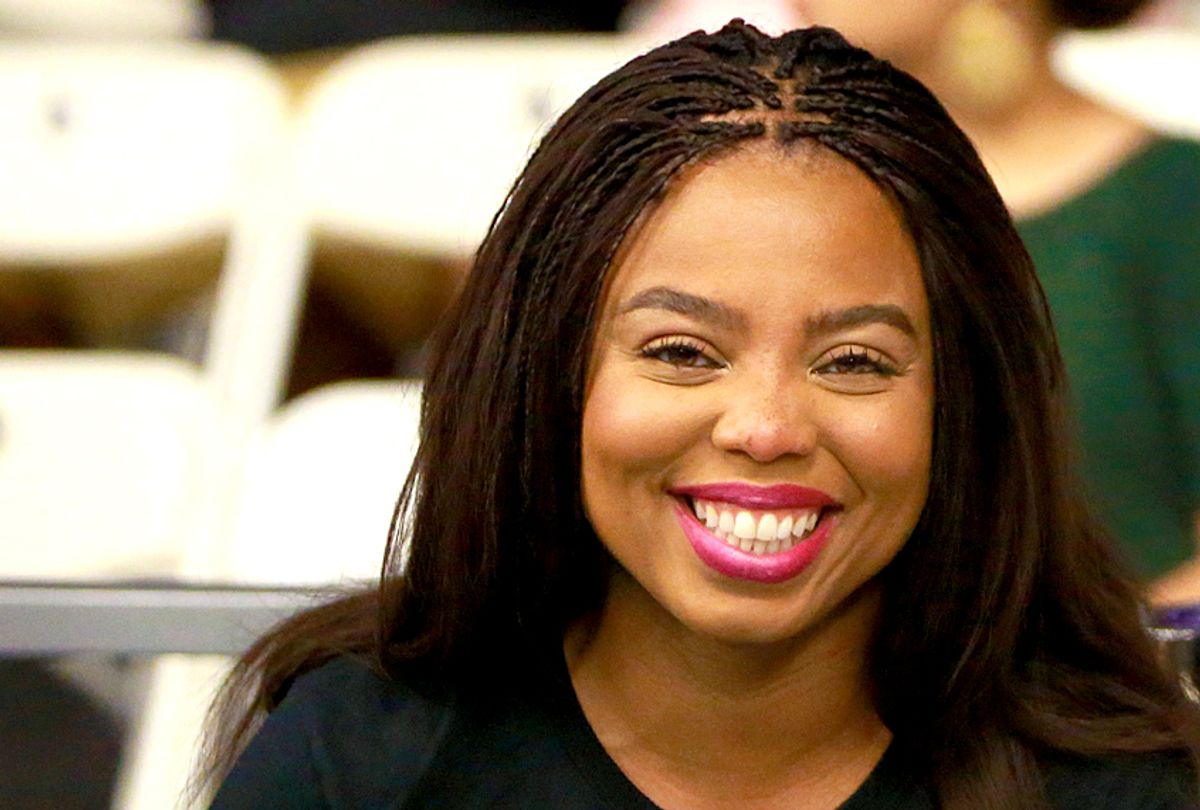 ESPN's Jemele Hill responded to the media frenzy sparked after she called President Donald Trump a white supremacist on Twitter with a succinct and fairly slyly unapologetic message.

Making her first true comments after the fracas erupted, she posted a statement to Twitter along the caption: "So to address the elephant in the room ... #Facts."

The attached note said: "My comments on Twitter expressed my personal beliefs. My regret is that my comments and the public way I made them painted ESPN in an unfair light. My respect for the company and my colleagues remains unconditional."

So, to address the elephant in the room ... #Facts pic.twitter.com/RTrIDD87ut

Last night, ESPN released its own statement, saying that the network accepted her apology:

Jemele has a right to her personal opinions, but not to publicly share them on a platform that implies that she was in any way speaking on behalf of ESPN. She has acknowledged that her tweets crossed that line and has apologized for doing so. We accept her apology.

With ESPN's official acceptance of Hill's actions, the SportsCenter co-host neither had to delete her tweets nor retract the content of her claims. Indeed, her apology applies only to her employer and co-workers, not the president or those offended by her statements.

Those offended have been calling for her termination after the on-air personality posted the series of tweets in which she labeled Trump a white supremacist and suggested he had empowered and inflamed the upsurge in white nationalism visible throughout the country. She also called the president ignorant, inept and unqualified. In all, it is nothing you don't hear from many media figures, but it is somewhat rare coming from a sports broadcaster.

On Tuesday, ESPN initially denounced her comments, earning the ire of people on the right, who felt the network was too lenient on her, and those on the left, who felt it was too severe.

On Wednesday, White House Press Secretary Sarah Huckabee Sanders called Hill's tweets "one of the more outrageous comments that anyone could make and certainly something that I think is a fireable offense by ESPN," during a press briefing. Sanders admitted that she was unsure whether the president was aware of Hill's comments, but proceeded to create an unofficially official administration position on them nonetheless.