"Racism is as American as baseball": The Fenway Park banner hangers speak 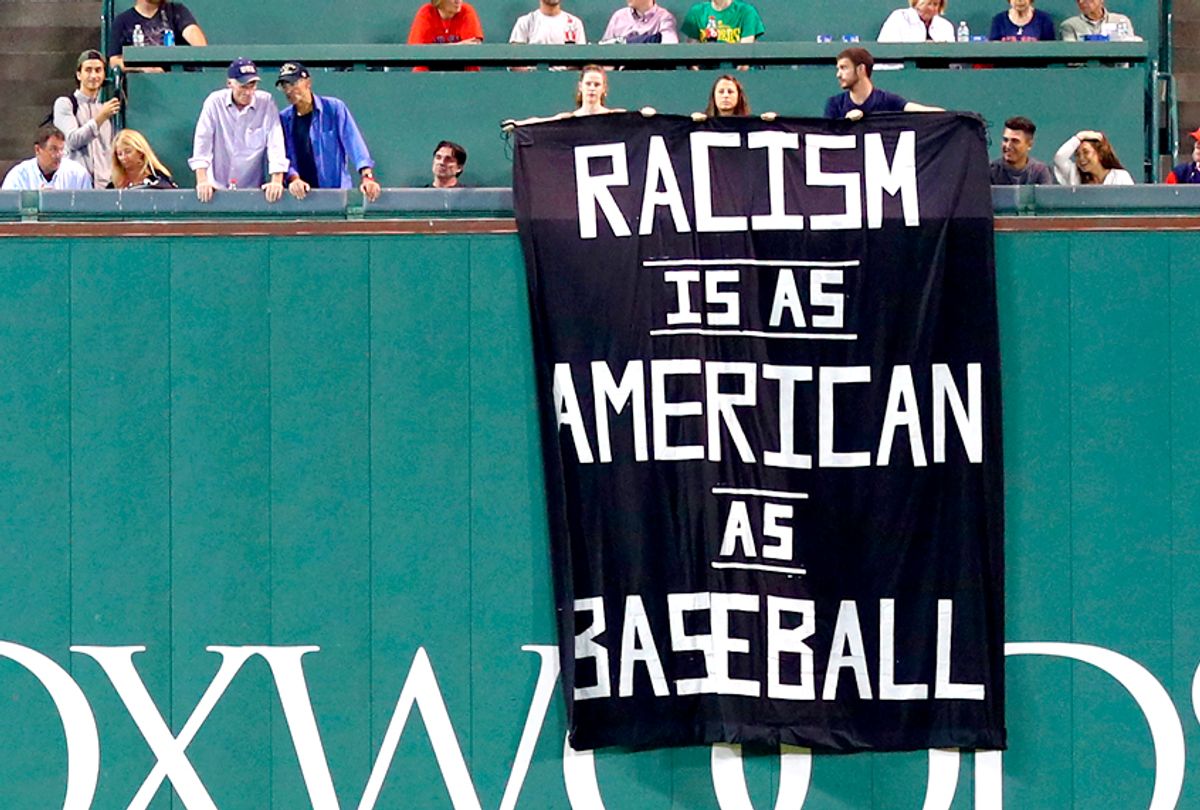 "Racism is as American as baseball" read a banner at Fenway Park Wednesday night. Security ejected the four people who dropped the sign over the park's famous "Green Monster" outfield wall, shortly after they unfurled it during the fourth inning of the Red Sox v. Oakland Athletics game.

Now, individuals claiming to be responsible for the demonstration have told The Washington Post in a statement that they are "a group of white anti-racist protestors." They continue:

We want to remind everyone that just as baseball is fundamental to American culture and history, so too is racism. White people need to wake up to this reality before white supremacy can truly be dismantled. We urge anyone who is interested in learning more or taking action to contact their local racial justice organization.

The supposed protestors went on to say that the four are "not associated with any particular organization although all of us do work as organizers in various Boston groups that combat white supremacy and racism." They continued, "We deliberately chose a platform in an attempt to reach as many people as possible." One of the protestors told CSN NE that they were inspired by Black Lives Matter.

The Red Sox released their own statement, calling the display a "violation of the club’s policy prohibiting signs of any kind to be hung or affixed to the ballpark."

Boston and the Red Sox specifically have a complicated history of preserving segregation and racism. There was recently momentum on the part of Red Sox leadership to rename the street Fenway Park resides on from the name that honors former owner Tom Yawkey, who kept the team all white until 1959.

In May, Orioles player Adam Jones claimed a Red Sox fan called him "n-word" during a game at Fenway. The organization permanently banned another team supporter for using a racial slur that same week.

The protestors cited the incident with Jones as a catalyst for the banner. "We see Boston continually priding itself as a kind of liberal, not racist city, and are reminded also constantly that it's actually an extremely segregated city," one of the group's members told CSN NE. "It has been for a long time, and that no white people can avoid the history of racism, essentially. So we did this banner as a gesture towards that, to have a conversation about that."