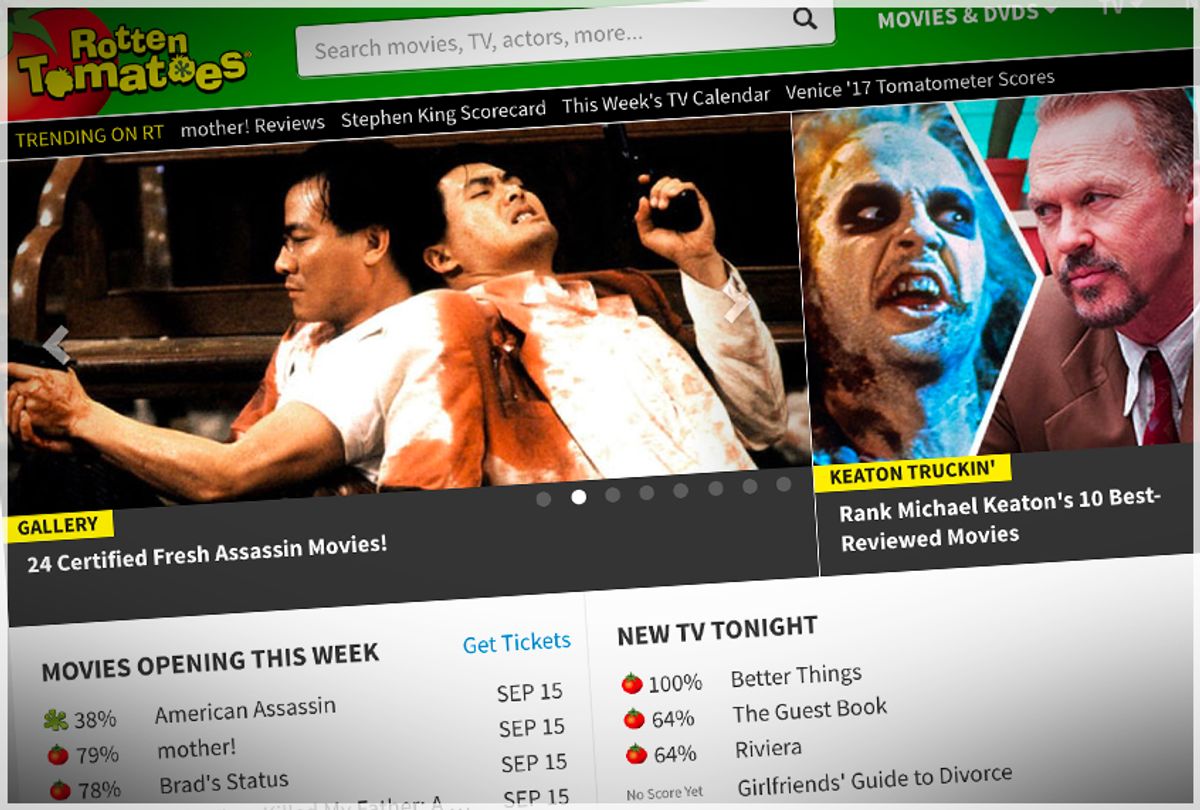 Despite the pained wails of studios, creatives and fans alike, a new study finds that there is no significant correlation between movie ticket sales and aggregated reviews on Rotten Tomatoes.

A recent growing assumption has it that Hollywood box office returns have been suffering due to the increased visibility of poor scores on Rotten Tomatoes, a website that aggregates the reviews of critics from recognized publications. The theory has both filmmakers and movie fans taking jabs at the site, blaming it for low ticket sales or for jumping the gun by posting a low score on a fan favorite.

A recent study by Yves Bergquist, the director of the Data & Analytics Project at USC, however, finds that the site is in no way to blame for underperforming films.

"Rotten Tomatoes scores have never played a very big role in driving box office performance, either positively or negatively," said Yves Bergquist, in a Medium blog post on Monday. What the study did find is that fans are seemingly becoming more discerning than critics.

Bergquist writes that negative reviews didn’t factor in to the historically low ticket sales experienced in both 2016 and 2017. Indeed, if anything, it reveals that scores on the site trending up and that critics have actually been growing kinder toward the movies they review. The median rating for films in 2017 was 77.5 percent fresh. That tops the previously highest median of 73 percent, one registered in 2013.

Critics may be getting kinder, but that doesn’t mean movie fans are dropping cash for the latest blockbusters. In fact, they may be becoming more cynical about upcoming movies than the critics. "There’s virtually no difference between critics’ scores and audiences’ scores, and the more successful the film is at the box office, the smaller the difference," Bergquist said. "Which means that audiences are becoming experts at smelling a ‘bad’ movie and staying away."

Granted, the study of the 150 movies that grossed over $1 million this year is by no means conclusive or even peer reviewed. It is, nonetheless a strong suggestion of how we should probably rethink our relationship to the aggregation site.

Overall, the theory here, if you should chose to buy it, is that it's not that Rotten Tomatoes is singling out the stinkers before Hollywood can do a cash and grab. It's that audiences, burned by years of sub-par offerings and now perfectly happy to stay at home with streaming options, have developed better noses. Again, as always, the solution for producers is simple: Make better movies.