Sean Hannity tells all-white panel, "We are not racist!" 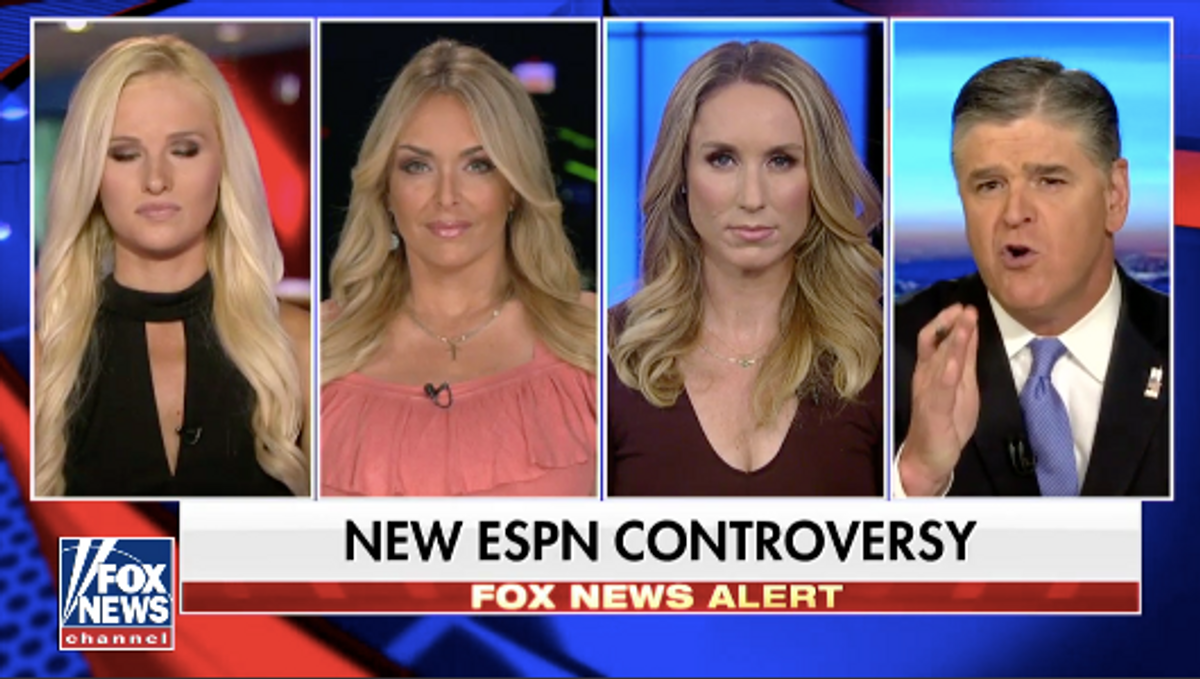 "The most amazing thing and I can’t take it anymore, Danielle," Hannity complained. "I don’t like that conservatives, that the president — this is a lie, and this is a narrative that happens every two years and every four years, 'Republicans, conservatives, the president are racist, sexist, misogynistic' — you know what, stop lying about who we are," he continued.

"Tomi, we are not racist, nor is the president, nor are the people around him," he added.

Hannity had some sympathy for Hill, in that he didn't want her to lose her job. "I don’t do boycotts or call for firings," he said.

His sentiment was different from White House press secretary Sarah Huckabee Sanders, who said Hill's comments were a "fireable offense."

"I'm not somebody that calls for boycotts, or calls for firings either, and I would never do that and I've been very vocal about that," Lahren said. "But I will say this," she continued, and then explained that "the Trump voter is a sports watcher."

"I wouldn't call for a boycott, I wouldn't call for a firing, but I would just say to ESPN, you know your numbers are not gonna lie, because we're gonna start turning off the T.V. and that's how we're going to voice our opinion. That's how we're going to use our freedom of expression, our freedom of speech, so watch out because you might be losing a big chunk of your audience and we're not going to feel bad for you when you do," she continued.