Trump's treasury secretary is facing heat for asking to use a $25,000-per-hour government jet for pleasure 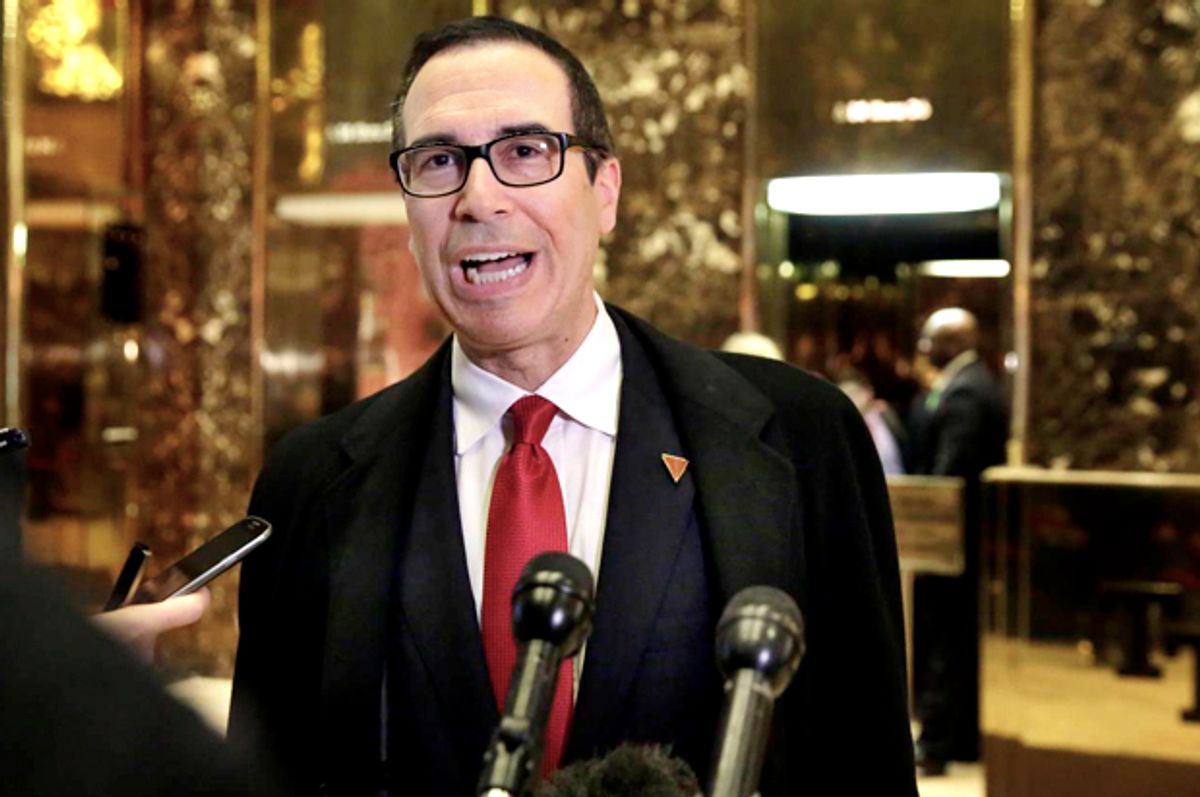 President Donald Trump's treasury secretary is again under fire for seeming to treat the government's coffers like his personal piggy bank — at least when doing so can impress his wife.

Treasury Secretary Steve Mnuchin requested the use of a government jet to take him and his wife, D-movie actress Louise Linton, on a honeymoon to Scotland, Italy and France, according to ABC News. The request triggered an inquiry by the Treasury Department's Office of Inspector General, particularly considering that the U.S. Air Force jet under consideration could have cost as much as $25,000 per hour to use.

Treasury Department officials ultimately denied Mnuchin's request, deciding that the use of the jet for his honeymoon would be unnecessary.

In a statement, a spokesman for the Treasury Department told ABC News that Mnuchin asked for the government jet so that he could "have access to secure communications, and it is our practice to consider a wide range of options to ensure he has these capabilities during his travel, including the possible use of military aircraft."

Mnuchin has been previously accused of misusing taxpayer funds. After Linton was caught bragging about her luxury fashion labels on a trip to Kentucky taken aboard a government jet, the Citizens for Responsibility and Ethics in Washington filed a Freedom of Information Act request on records pertaining to the costs of that trip. It is highly unusual for cabinet secretaries' spouses to join them on official business.

Because that flight seemed to align with the solar eclipse, many were concerned that Mnuchin had brought Linton so that they could view it together.

CREW’s communications director Jordan Libowitz told Salon at the time that using a jet would be "fine" if it were for official government business. But "if he took this flight with his wife so that they could get a better view of the eclipse, that would be personal use."