The new White House ethics chief wants to relax rules on who's donating to whom, and for what 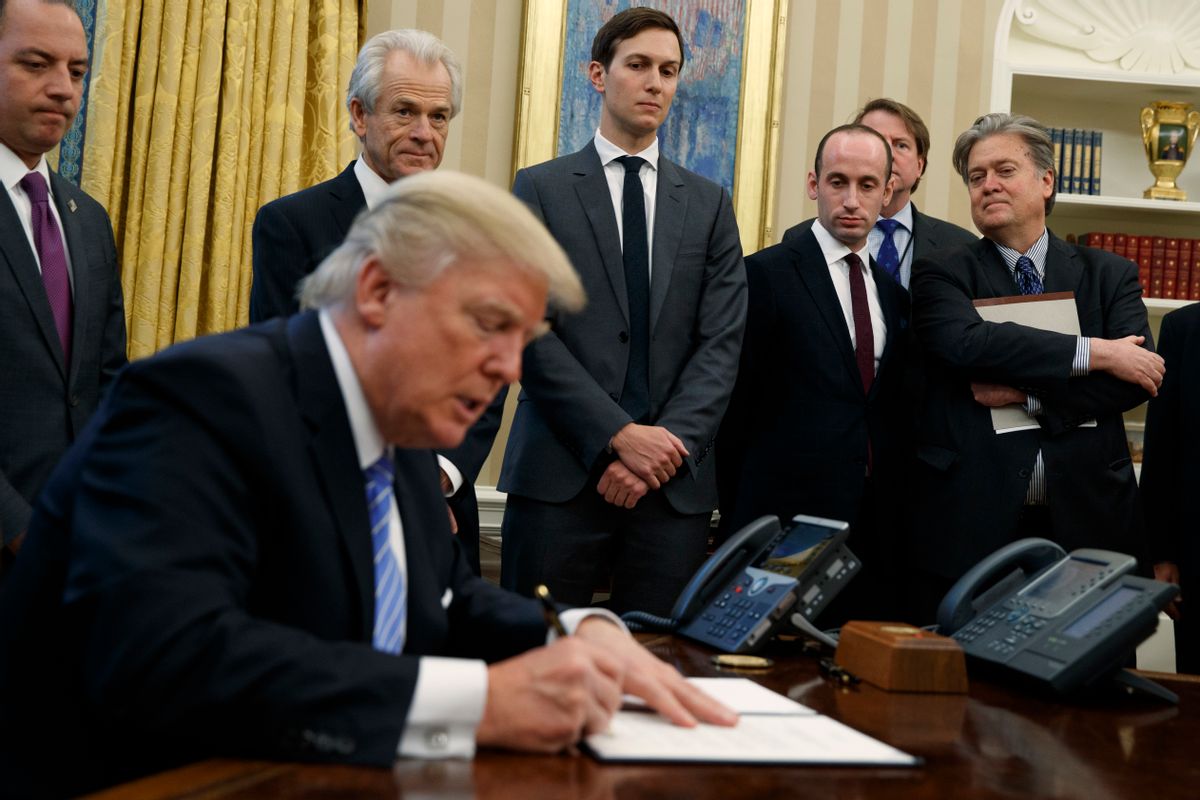 The Office of Government Ethics may have just given President Donald Trump and his administration a huge gift — namely, the ability to receive anonymous donations from lobbyists to help with their legal funds as they address the Russia scandal.

According to Politico, in 1993 the Office of Government Ethics issued a guidance document that allowed organizers of legal defense funds for government officials to receive anonymous donations from lobbyists, businesses working with the state and other sources from which they would otherwise be barred. Although this guidance has remained in effect ever since, ethics officials took issue with it and advised attorneys to avoid anonymous donations from sources that would normally be prohibited from providing financial assistance to government employees.

It was annotated, however, under former Office of Government Ethics Director Walter Shaub, who was concerned that both Hillary Clinton and Donald Trump would try to take advantage of it if elected to the presidency.

In May, he had his staff include a one-sentence note at the top of the guidance stating "NOTE: SOME STATEMENTS IN THIS OPINION ARE NOT CONSISTENT WITH CURRENT OGE INTERPRETATION AND PRACTICE."

Since stepping down, however, Shaub's replacement, David Apol, has removed Shaub's note, instead claiming that the policy "HAS NOT CHANGED" but encouraging ethics experts to tailor their advice to government employees based on their specific situations.

Shaub, who denounced the revision as "unseemly" and "sneaky," has butted heads with the Trump administration in the past over ethics issues. When he resigned as director in July, he explained that it was because of concerns that the Trump family's conflicts of interest came across as an attempt to use their government office for personal enrichment.

"The effect is that there’s an appearance that the businesses are profiting from his occupying the presidency. And appearance matters as much as reality," Shaub told CBS News at the time.