Trump bullied the journalist during the 2016 campaign. Tur shares stories from the trail in memoir "Unbelievable" 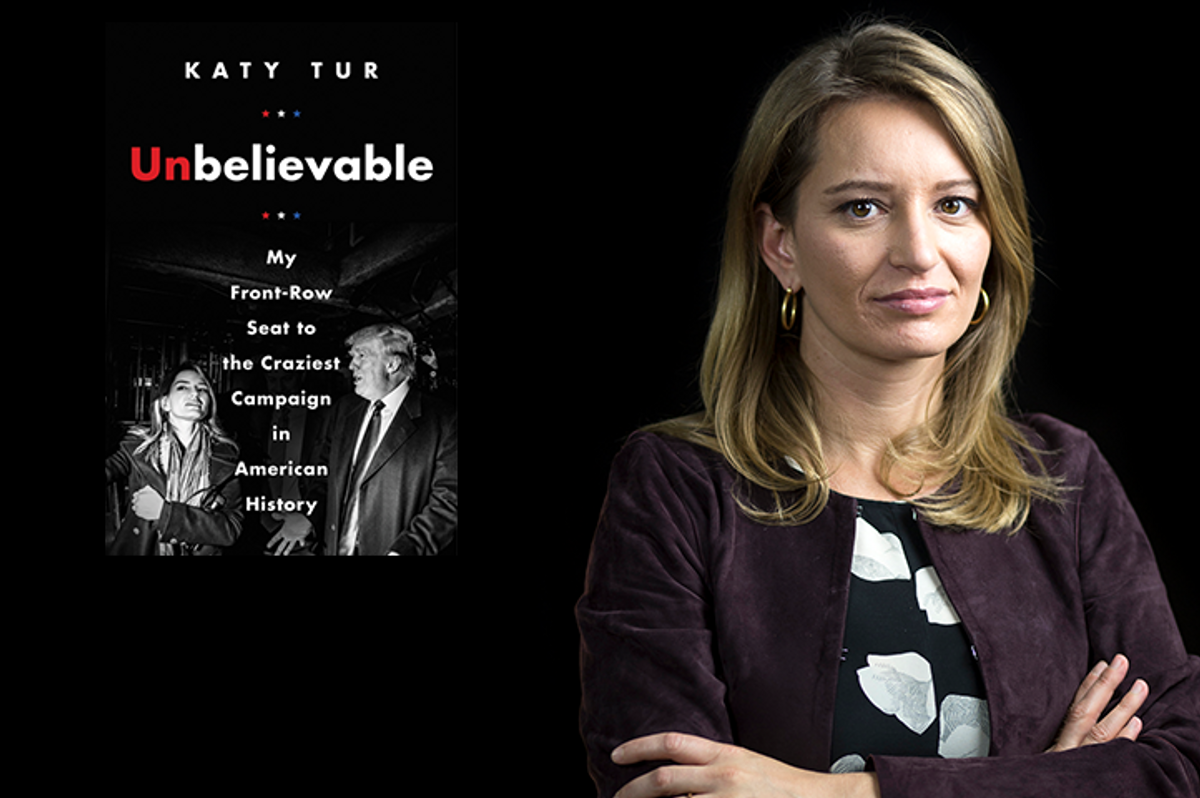 "It was like being on a rollercoaster," Katy Tur, NBC News correspondent, told Amanda Marcotte on "Salon Talks," of President Donald Trump's seemingly endless taunts towards her. The bullying, she said, happened on the campaign trail "since day one."

Tur is the author of "Unbelievable: My Front-Row Seat to the Craziest Campaign in American History." It's her first-person account of living out of a suitcase for a year-and-a-half as she followed Trump to 40 states and produced more than 3,800 live television reports, all while enduring his jabs and fact-checking his charges.

As the title of the book suggests, her stories are bizarre, intense and insightful.

"They wouldn't let us go to the bathroom without a chaperone," Tur said of the dynamic of the press pen at Trump's rallies. "Who were they trying to protect here? Is it for our protection, and if so, why do we need that protection? Or is for the protection of the voters? Are we not supposed to talk to them? It didn't really make a lot of sense at the time."

For those who thought that Trump as president would be transformed from the bombastic, antagonistic and unstable figure he presented on the campaign trail, well, Tur knows better.