Wyclef Jean imagines himself as president 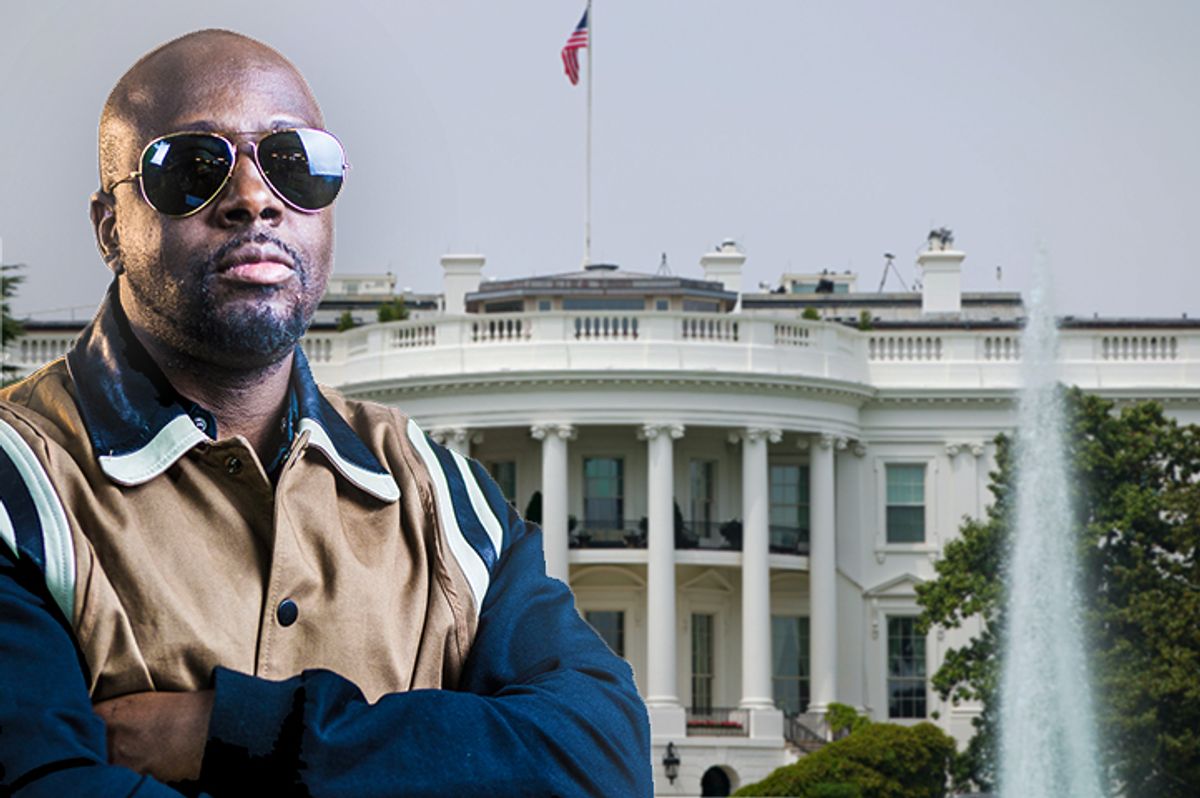 "Donald Trump, he won the competition," singer/songwriter Wyclef Jean crooned to the cords of his 2010 ballad "If I was President."

"Hillary Clinton, she put up a competition. Bernie Sanders, he was taken from the competition," Jean sang, tailoring the track to reflect the current political climate on an acoustic set for "Salon Stage."

After Jean's remixed introduction recapping the 2016 presidential election, he went into the song's lyrics—a hit song from his album "Welcome to Haiti/Creole 101."

Jean joined "Salon Stage" ahead of the release of his new album, "Carnival III: The Fall and Rise of a Refugee," arriving September 15. The album is Jean's seventh solo album and marks 20 years since the first installment in the "Carnival" album series.

"Carnival III is more than just an album," Jean said. "It's about putting music together that will outlive me and live on for generations to come."

Jean's music has always felt politically relevant and long held a poignant message that goes beyond sonic innovation. "If I was President" follows this trend:

Instead of spending, billions on the war
I can use that money, so I can feed the poor
Cuz I know some so poor, when it rains that's when they shower
Screaming fight the power
That's when the vulture devour

Jean revealed to Salon that leadership was something for which longed in his home base of Haiti. He explained that after the release of "Carnival II" in 2007, his retreat from music was because "I went to go help my country," he told Salon's Amanda Marcotte. "I wanted to be president of my country at the time, help move it forward." In 2010, Haiti's electoral council disqualified Jean's presidential campaign bid.