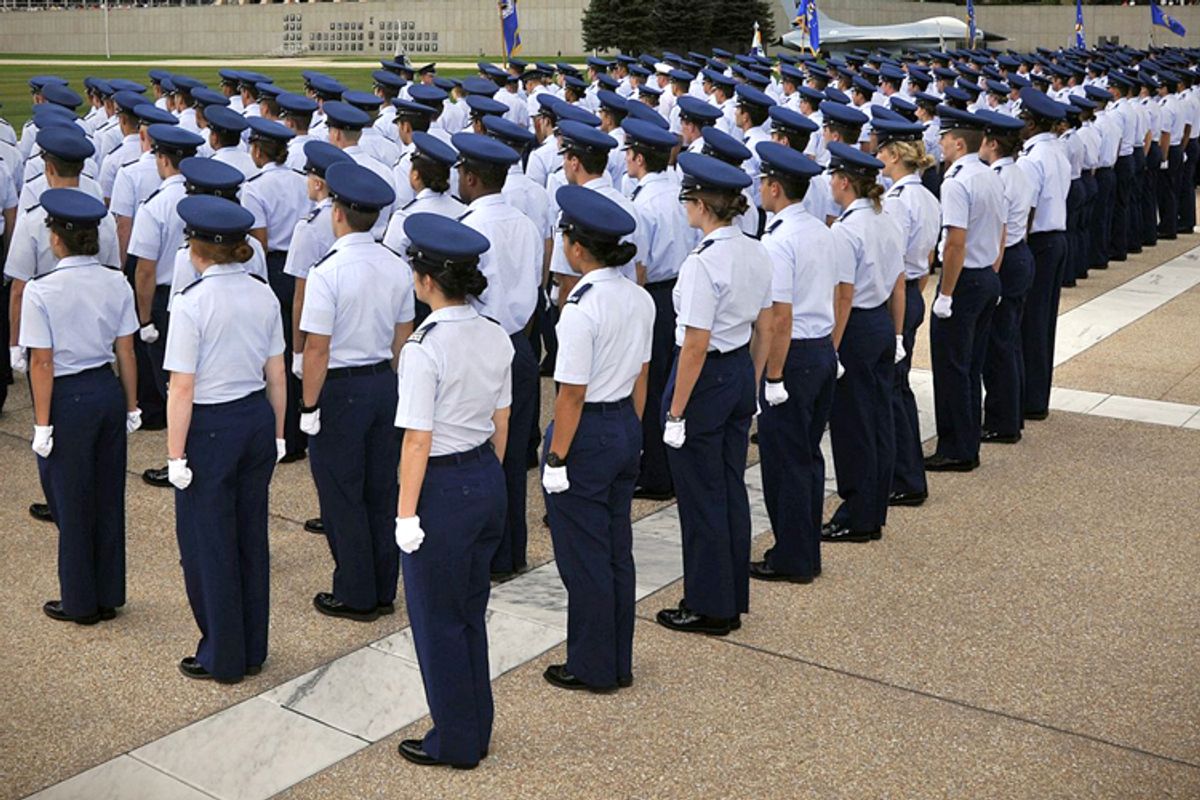 Captain Sonny Hernandez, a chaplain at the Wright-Patterson Air Force Base near Dayton, Ohio, has become the subject of a formal complaint after he published an article claiming that Christians who serve in the armed forces should not support the rights of non-Christians to practice their faiths.

"Christian service members who openly profess and support the rights of Muslims, Buddhists, and all other anti-Christian worldviews to practice their religions—because the language in the Constitution permits—are grossly in error, and deceived," Hernandez wrote in an essay for a Christian nationalist website.

"Counterfeit Christians in the Armed forces will appeal to the Constitution, and not Christ. ... This is why so many professing Christian service members will say: 'We "support everyone’s right" to practice their faith regardless if they worship a god different from ours because the Constitution protects this right.'"

Hernandez is a part of a growing movement within some fundamentalist armed forces chaplains to openly defy military policies governing political activity and sectarian worship while in uniform.

According to Newsweek, the Military Religious Freedom Foundation (MRFF) has filed several requests that the Department of Defense investigate Hernandez for inappropriate conduct.

In a statement, the MRFF said Hernandez's latest article "blatantly and indisputably advocates the subordinating of the U.S. Constitution to his personal Christian ideology and violated his Oath of Office as a commissioned officer, as well as Title 18, U.S. Code § 2387’s criminal prohibitions against counseling or urging insubordination, disloyalty, or ‘refusal of duty’ to other military members."

Complaints of military chaplains engaging in overtly sectarian behavior have doubled since Donald Trump became president, according to MRFF.

"America’s military members look to the president for direction and inspiration," Weinstein told Newsweek. "Trump’s statements and actions have fully endorsed and validated this unbridled tidal wave of fundamentalist Christian persecution, which is now more inextricably intertwined into the very fabric of our Department of Defense than ever before."

Perhaps Hernandez is trying to horn in on the turf of Gordon Klingenschmitt, a former Navy chaplain, who currently is the most notable Christian nationalist chaplain. Klingenschmitt became a minor Religious Right celebrity after he unsuccessfully and falsely claimed that punishment he faced for engaging in political activity in uniform was somehow a religious persecution, as Americans United for Separation of Church and State reported in 2014:

In the spring of 2006, Klingenschmitt appeared at a right-wing rally in Washington, D.C. He was wearing his uniform at the time. Had he attended the event in civilian garb, there would have been no problem, but Klingenschmitt’s use of his uniform was a clear violation of military regulations.

Klingenschmitt’s appearance at the rally was the final straw for Navy officials. He had been causing trouble for a long time and was not considered an effective chaplain. A 2004 poll of service personnel on the USS Anzio, where Klingenschmitt then served, reaped numerous negative comments, among them “worst CHAP I have seen in 17 years,” “would never seek counsel from CHAPS,” and “he is one of the worst CHAPs I have seen.”

Unhappy about this, Klingenschmitt filed a number of administrative challenges and lawsuits, but they have not been successful. Last week, the U.S. Court of Federal Claims rejected his most recent suit.

“Based on these recommendations and the entire record, the Assistant Secretary (acting pursuant to a delegation of authority from the Secretary) determined that Dr. Klingenschmitt was ‘professionally unsuited for further service as a naval officer and chaplain,’” wrote Kaplan in the ruling for Klingenschmitt v.United States of America.

Kaplan noted that Navy officials scored Klingenschmitt’s “performance and disciplinary record (including his fitness reports and court-martial conviction) as well as the lack of support for him in his chain of command.” The judged cited a 2006 fitness report that graded Klingenschmitt “below average in the area of military bearing/character.” The same report found that his “recent professional performance has been unsatisfactory.”

Klingenschmitt created a myth around himself that he was persecuted for trying to pray in the name of Jesus. After Klingenschmitt was removed from the Navy, he turned his fake story into a web and local television show. He later successfully ran for the Colorado House of Representatives, serving a single term, in the process becoming legendary within the state for his numerous erratic and offensive statements.

Sonny Hernandez could be well on his way.