This weekend, D.C. is a Coachella of Trump rallies, counter-protests and Juggalos

With over 35 events scheduled in the nation's capital, locals should probably run and keep running 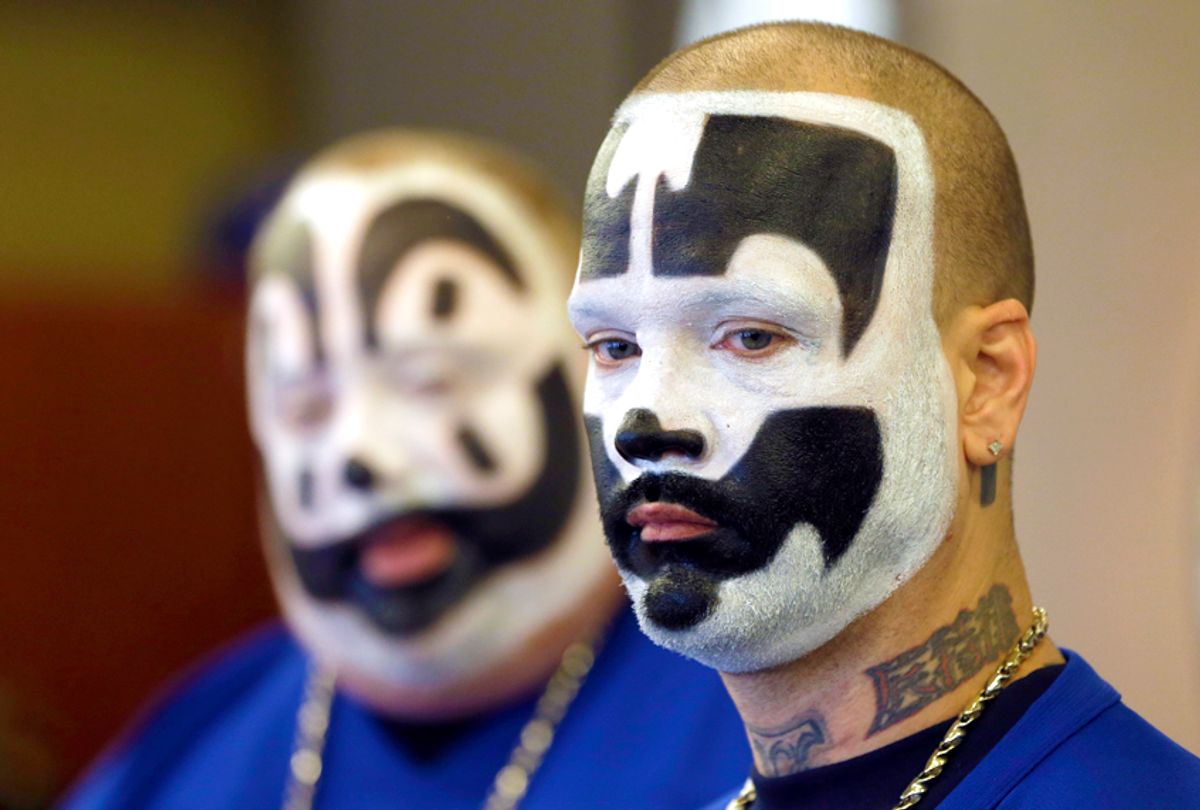 Washington D.C. will turn into somewhat of a bizarre political circus this weekend under a deluge of protests, counter-protests, marches, rallies and Juggalos.

According to the Washington Post, more than 35 events are scheduled on federal park property in the nation's capital over the next few days, including a rally for fans of the band Insane Clown Posse (known as Juggalos), a pro-Trump rally, anti-Trump counter-protests, as well as less controversial fare such as charity races and weddings. Naturally, all of this will snarl traffic and fray local nerves.

The Insane Clown Posse rally and the pro-Trump "free speech" rally, which has been dubbed as the Mother of All Rallies, will be the two most prominent events, the Post reported.

The Juggalos, God bless them, are in town to "protest the FBI’s 2011 classification of the group as a gang after several crimes committed by people who identified as Juggalos." While the group is nominally, apolitical, according to rally organizer, Jason Webber, many of the band's songs speak out against racism and bigotry. It's expected that roughly 3,000 people will attend the event, the Post reported.

The pro-Trump "Mother of All Rallies," on the other hand, will seek to champion President Donald Trump's "America First" agenda. While this will certainly open the door for the same sort of white nationalists that made last month's Charlottesville, Virginia demonstrations a deadly national shame, organizers of this weekend's rally said that people of all political backgrounds and affiliations are welcome to partake. Peter Boykin, president of Gays for Trump and a speaker at the rally, expects 1,000 to 2,000 people are to attend, according to the Post.

"We think Washington D.C. is a great, safe place to have a rally, and I’m not looking for a fight," Boykin said. "In Washington D.C., police do their jobs, so I’m not worried about major fights with outside groups. I don’t think it’s going to become a Charlottesville groups or anything like that."

Somewhat predictably, there will be a counter-protest to the Mother of All Rallies orchestrated and populated by liberal activist. A Facebook group attached to the anti-Trump protest said it will not "tolerate white supremacy, nor this white supremacist administration." It is unclear to what extent members of the ersatz "antifa" movement will participate.

Along with those three headliners, there will be yet another protest — this one in front of the White House demonstrating Russia's alleged interference in the 2016 election and the Trump campaigns possible collusion in those efforts.

With all of these events, U.S. Park Police along with D.C. police have pledged that things will remain under control, and don't appear to be worried about violent outbreaks. Indeed, authorities in the nation's capital have long and tested experience in separating crowds of people that might otherwise tear each other apart.

On "The Kojo Nnamdi Show," D.C. Police Chief Peter Newsham, said the department was ready for the event-filled weekend. During the same broadcast, National Park Service spokesman Mike Litterst said that they are “not concerned with the message of the organizers," according to the Post. He added, "we’re proud to make the Mall available to all."

That said, D.C. police are still under fire for some of the tactics used during president Trump's January inauguration, including the arrest of over 230 anti-Trump protestors. Some have claimed that police used "rape as punishment" on those detained during the demonstrations. Currently, the ACLU is suing the department over it actions and, yesterday, a judge refused to dismiss charges of felony rioting against almost 200 of those arrested.

Basically, get out of D.C. if you can at all help it this weekend. We hear Assateague is lovely this time of year.