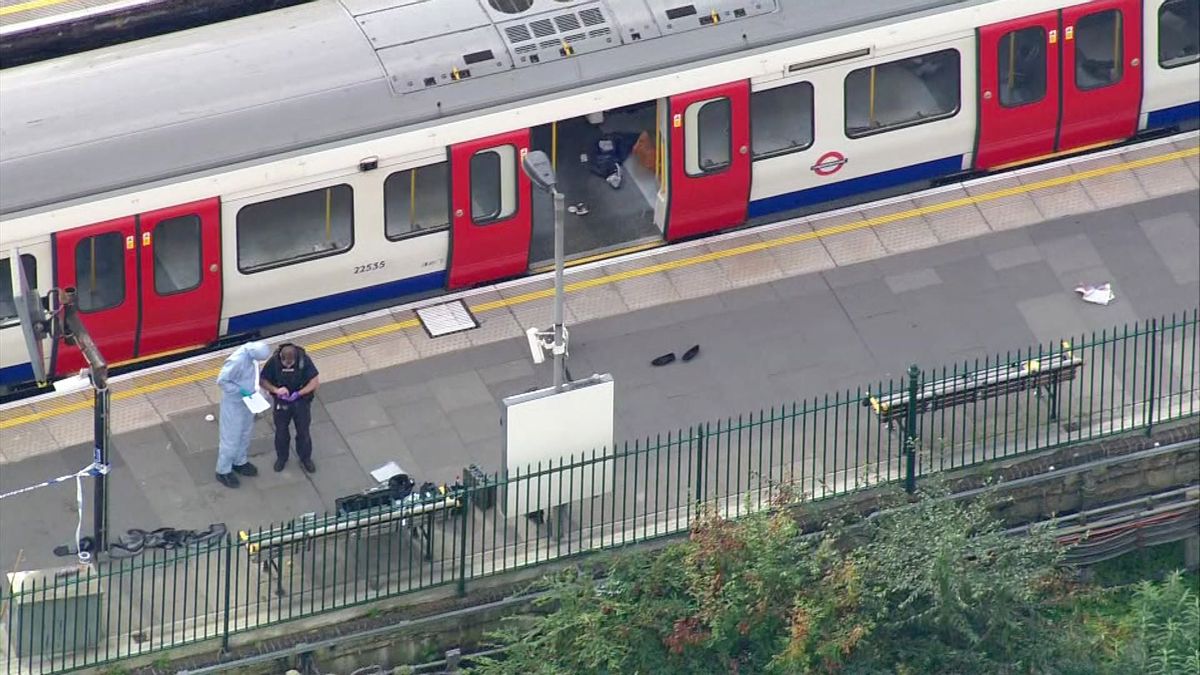 In this aerial image made from video, forensic officers work at the Parsons Green Underground Station after an explosion in London Friday, Sept. 15, 2017. A reported explosion at a train station sent commuters stampeding in panic, injuring several people at the height of London's morning rush hour, and police said they were investigating it as a terrorist attack. (Pool via AP)
--

President Donald Trump has responded to the Friday morning terrorist attack on the London Underground — but not by expressing sympathy for the victims. Instead he has responded by promoting his own political agenda.

And that political agenda included swipes at ESPN and the Jemele Hill controversy.

The Friday morning attack resulted in at least 18 people being taken to area hospitals, although no one seems to have been killed or sustained life-threatening injuries. The explosion occurred at 8:20 a.m. local time on a train that was departing from the Parsons Green station in Southwest London.

Although authorities initially would only describe the explosion as an "incident," Deputy Assistant Commissioner Neil Basu (who also serves as senior national coordinator for counterterrorism policing) later declared it as a "terrorist incident."

This would make it the fifth terrorist attack in the United Kingdom in six months. The other incidents include a car and knife attack at Parliament in March, a suicide bombing at an Ariana Grande concert in May, a van and knife attack at London Bridge in June and a van attack at a London mosque in June — the last of which was believed to be perpetrated by a white man who allegedly said, "I want to kill all Muslims" after the attack.

Trump's discussion about a "travel ban" refers to his attempt to bar immigrants from six predominantly Muslim countries from entering the United States, including Iran, Libya, Somalia, Sudan, Syria and Yemen.

On Tuesday, the Supreme Court granted the Trump administration's request that most of the refugees targeted by the current ban be prohibited from entering the country. This blocked a ruling by a federal appeals court last week which allowed refugees who had been guaranteed safe harbor in the United States from resettlement organizations to come to the country.