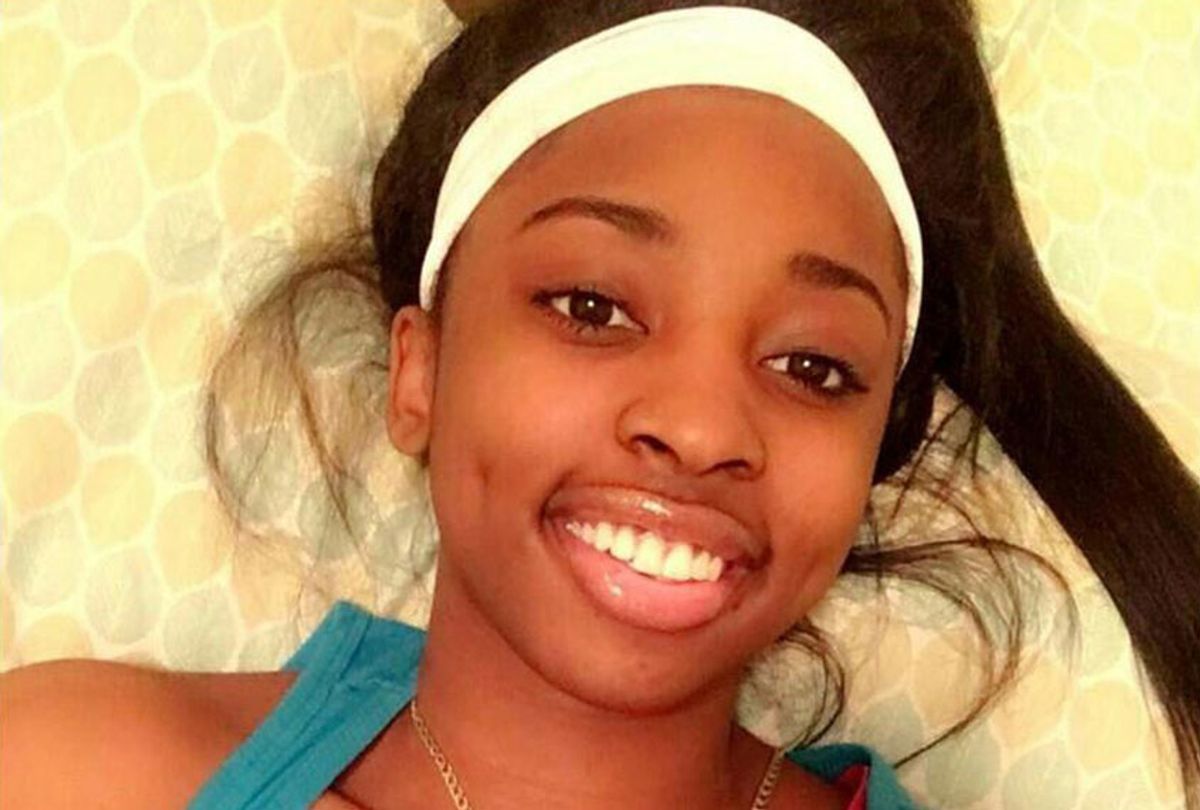 Kenneka Jenkins has been stuck in my mind this week. I hope her family heals.

The 19-year-old went to party at a Chicago hotel with her friends and never returned. She was found in the walk-in freezer of the Crowne Plaza O'Hare Hotel where the party was held. Police are calling the innocent a “noncriminal death." Allegedly the surveillance footage from the hotel shows her walking into the freezer alone. As of press time, the investigation is ongoing.

A Facebook video showing Jenkins with her friends earlier in the evening has caused the internet to blow up with suspicions and accusations of possible foul play. All types of conspiracies have floated around. They have one common theme: She should’ve chosen better friends.

Chosen better friends? As if no one opining on the internet ever made a bad decision at 19? As if we know that her friends bear responsibility for her death? As if we even know her at all? All of the footage of the evening hasn't even been released to the public, so I’m not sure where the extra commentary is coming from.

But I do know one thing: the mass online promotion of her death and others like hers seems to be desensitizing everyone with a smart phone. Day in and day out we scroll past murder and other violent clips, one after another, and that leads to a situation where people can skip right past the fact that a young woman has died and jump right to the reasons why she should be blamed. Images of Jenkins' mother Tereasa Martin are circulating online as well. The tears on her face are still wet, and yet the internet is all ready to define and judge Kenneka and her parents, even though they have no idea of who any of these people really are.

The public needs the news to function, and people have a right to respond to current events. But does the sheer volume of online channels for discussion and dissection hurt or help? How can those affected — Jenkins' community and family — heal in the midst of all of this noise? How dangerous is it to our collective empathy that anyone can chime in on any issue, even if they live worlds removed?

There’s so much trauma to report in the 24-hour news cycle, so stories like hers don’t last long. That only gives a story like Kenneka's untimely death a few days to live. It’s kind of like getting that big needle at the doctor’s office: you’ll see it and cringe, feel the pinch, but just like that it’s gone. I often wonder what happens to the families of the victims after the hype slows down. It’s like we're all being trained to forget about their grief as soon as the story goes cold.

I saw my first murder at five years old. A guy from the neighborhood was hit with the loudest bang I ever heard, right in front of my grandma’s steps. In silence, my cousin and I sat paralyzed, while our tiny ears rang, and we watched his innards leak out. My family, friends and loved ones have been dealing with murder ever since. I couldn’t imagine a blogger writing a false post about my brother at the time of his murder, fabricating facts and posting pictures of my grieving family for clicks and likes. I would’ve exploded on one of those people. I bet other families would like to do the same.

Seeing the young face of Kenneka Jenkins in the photos that are circulating online is another clear example to me of the problems we have in this country. Though of course I wish her death had not happened, I hope we can use the lessons of our collective response to this tragedy to make an honest attempt to solve the problems that exist rather than comment on the life and decisions of the departed. We still don’t know if she went into freezer alone. We don't have all the facts. We can still hope her family receives justice.