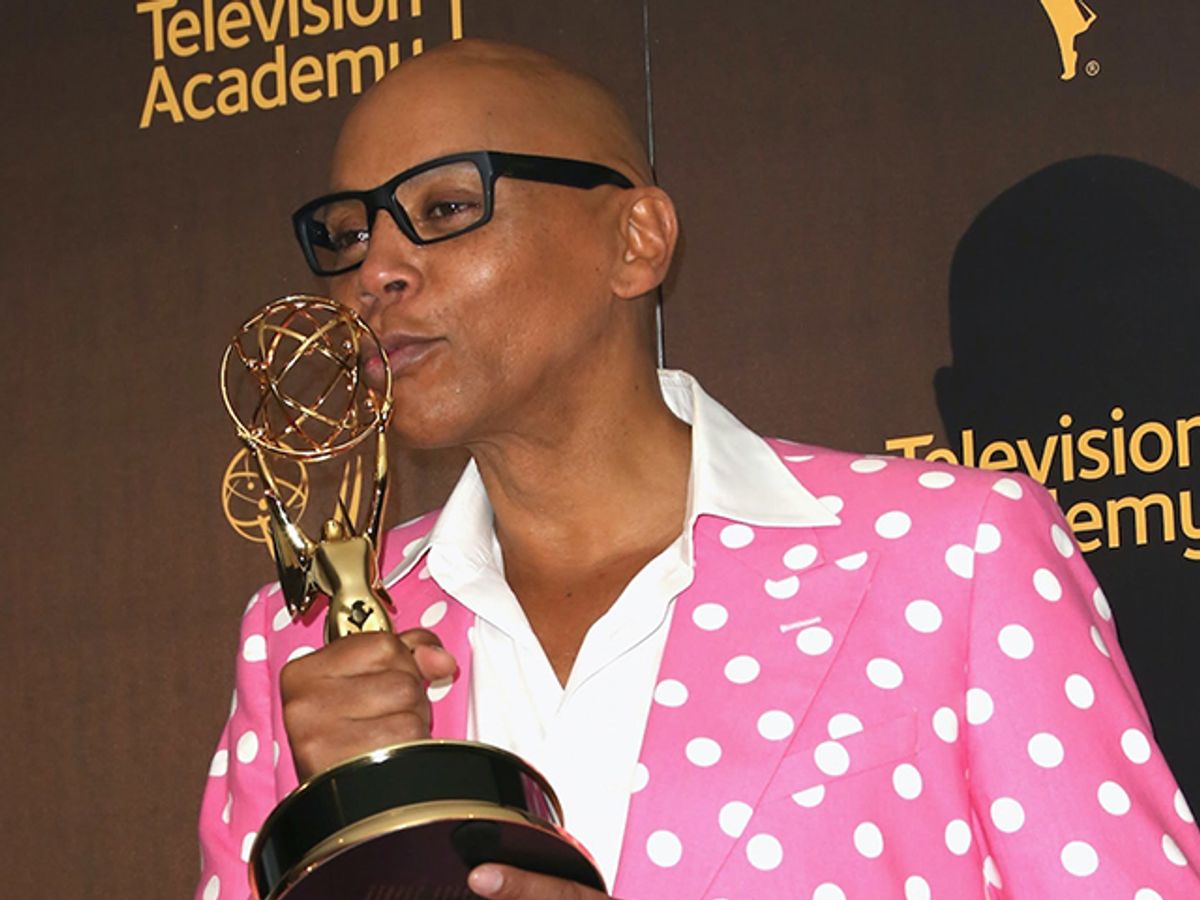 The show, which just wrapped its ninth season, won awards in the costume and editing categories, as well as the award for “Outstanding Host of a Variety, Nonfiction Or Reality Program" (RuPaul's second time taking home the prize).

Ahead of the ninth season's premiere with special guest Lady Gaga, RuPaul sat down with Salon to discuss the deeper meaning of drag, beyond all of the fabulous fashion ensembles.

“Drag is a physical embodiment to say, 'Remember, this is all a dream.' It’s an illusion. Don’t take anything too seriously. Don’t do anything too harsh to hurt yourself, it’s an experience,” RuPaul told Salon.

For Ru, dressing in drag is about having fun with who you really are, even if it makes those around you uncomfortable.

“The whole point of drag is that we are not separate from one another; each of us are in drag. You’re born naked, the rest is drag,” he laughed. “Ain’t no two ways about it. It’s not just about little boys who want to play in girls’ things. It’s about the identity that each of us assigns to ourselves, and that’s why it’s political. That’s why it’s really important. That’s why it ruffles so many feathers, because a shape shifter — drag queen — is telling you you’re not who you think you are."

"RuPaul's Drag Race" is also up for an award at the primetime Emmys on Sunday, September 17 for “Best Reality Competition Series."