After three decades in film, Heather Graham comes into her own

With a stellar career spanning the '80s to today, Graham is opening up to different characters and directing 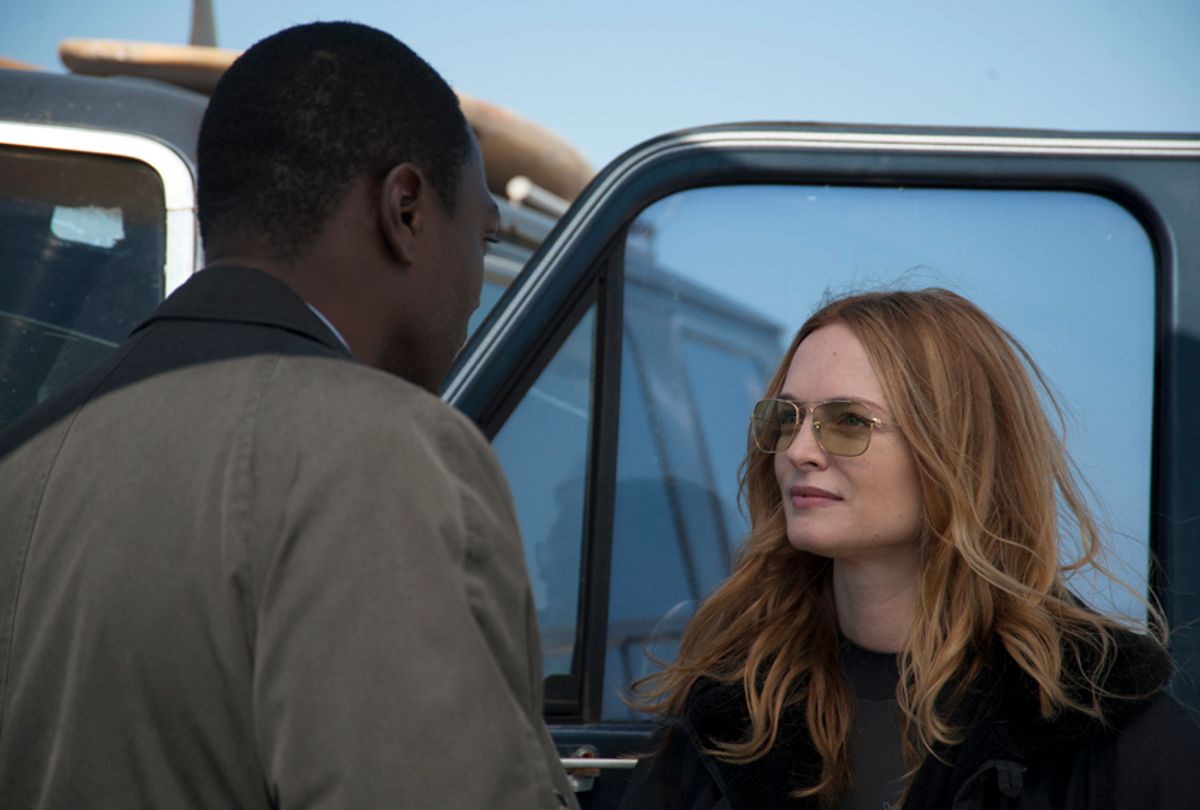 Heather Graham has only a handful of scenes in the atmospheric indie drama “Wetlands,” but the alluring actress makes the most of them. Graham plays Savannah, the rich and shrewd ex-wife of Babel “Babs” Johnson (Adewale Akinnuoye-Agbaje), a disgraced Philly cop trying to make a new start outside Atlantic City. Babs moved to the wetlands of New Jersey in order to reconnect with his estranged daughter Amy (Celeste O’Connor). However, Savannah, who is now living with her surfer girlfriend (Reyna de Courcy), has custody, and wields some power over Babs.

Graham displays real and (rare for her) flintiness in the role. She delivers a withering look from behind her big sunglasses, or implies considerable attitude in her simple verbal responses to Babs. She also plays up her character's sexuality, perhaps at the expense of motherhood. These moments make viewers want to see more of Graham.

The actress has been an indie film stalwart ever since she made indelible impressions as Nadine in "Drugstore Cowboy," and Rollergirl in "Boogie Nights," but this may be the peak time to watch Graham.

In addition to "Wetlands," she has a several other exciting projects in the works. Graham will appear in "Law & Order: True Crime: The Menendez Murders" on TV and in the feature film "Last Rampage" later this month. Moreover, her directorial debut, "Half Magic," which she also wrote, is being scheduled for release this winter or spring.

Graham chatted with Salon about making "Wetlands," her maternal instinct, and her career.

Savannah is a pivotal character in "Wetlands." What do you think makes her tick?
I feel like she’s rebelling against her family and the life she grew up in where she was rich. She's doing the opposite; she dates a black cop without money, and he ends up a drug addict. Then she dates this [surfer] girl, who’s the opposite of the masculine cop guy. She’s tragically drawn to the wrong people.

Savannah's girlfriend wants to open a surf shop. Do you surf?
No, I scuba dive. I should learn how to surf sometime. I love surfing documentaries. I love swimming, and snorkeling, and scuba diving in the ocean. But the winter ocean water is horrible to me.

Savannah certainly plays up her sexuality. Can you talk about playing characters where sexuality is the focus?
I guess she's letting [sex] lead her in a bigger way than how a woman who is more motherly might be led. With Babs, Savannah had great chemistry and sex, but with the surfer girl, she’s prioritizing sex over motherhood.

Do you think Savannah is a good mother?
I think in the story, she's not a great mother, but she’s doing a better job in comparison to Babs. She’s there for her daughter. Even though she’s not a great parent. She’s healthier than he is, but flawed. A lot of female characters are not driven by their sexuality — they are above that. I am intrigued by stories where women are driven by sexuality, and we get the female perspective — not a male one — on that. I don’t think there are as many films about female perspectives on sexuality.

Do you have maternal instincts?
I definitely feel very caring and nurturing and supportive to my friends. When I was directing ["Half Magic"] I wanted people to feel comfortable and good. I don’t have kids, but I don’t feel that I need to have kids or my life won’t have meaning. I don’t have that traditional female [mindset]: "I need to be a mother to have a good life." That’s me personally, and not the character. Savannah is not a good mother; she has her own demons. But at the end of the day, the most important thing to her is Amy.

The film has a kind of authenticity. It's shot in run-down New Jersey locations. How did you find the film's seediness seeped in to your role?
Savannah is a person who has been through a lot, and she covers her own vulnerability with an "I don’t care" attitude. Underneath, she is really vulnerable. She smokes pot to cover it up and be "above it all." She grew up rich, and uses that to keep her distance; she uses it as a coping mechanism to not feel bad.

You have just started shifting your career into writing and directing with your forthcoming film, "Half Magic." Can you talk about working behind the camera?
It's cool to write and direct because you get to tell a story you want to tell and put your perspective into it. I didn’t always want to direct, but when I did it, I got the bug and it was creatively fulfilling. It feels maternal. The movie is your baby.

What observations do you have about working with female directors, and becoming a female director?
I worked with Lesli Linka Glatter, who directed “Homeland” on the "Menendez" series. Directing myself, I had a friend helping. I love watching and not being in the scenes. I could do that and be happy. I'm writing a movie and a TV show now. I'm doing it for fun. As a woman in the business, there are a lot more men in positions of power, and reading scripts from a male point of view -- that girls are described as "pretty" or "ugly" or "she's a 10 or a 2" — it’s so disrespectful. So my film is about what it’s like for females to tell stories in a male-driven business. I'm grateful for those men who have hired me, but I wish there was a balance for the female point of view. So it’s not all super aggro-testosterone heads running the world.

I tried to make a Triangle [Shirtwaist] Factory Fire film, but I was told women's stories like that can’t get made. I made "Half Magic" as a reaction, trying to get that film made and tell stories about women. In my film, there is a macho boss who tells her that her ideas are stupid.

What do you like to watch?
I love watching all movies. I love "Moonlight," and indie films. I love dark movies. I feel like the system is trying to crush the indie films now. They are original and not super-formulaic. I wish the system would have more of an outlet for them, and give them more of a chance. With streaming, that might happen. I want to see interesting, diverse movies, not superhero films. I like when indie films break through.

What observations do you have about your career, which toggled back and forth between indie films, TV and Hollywood movies?
I feel lucky I’ve been able to work and make money in a hard business for my whole life. I’m grateful to work with interesting people and it’s fun.