A spate of mysterious attacks against U.S. diplomats has the State Department reviewing an embassy shut down 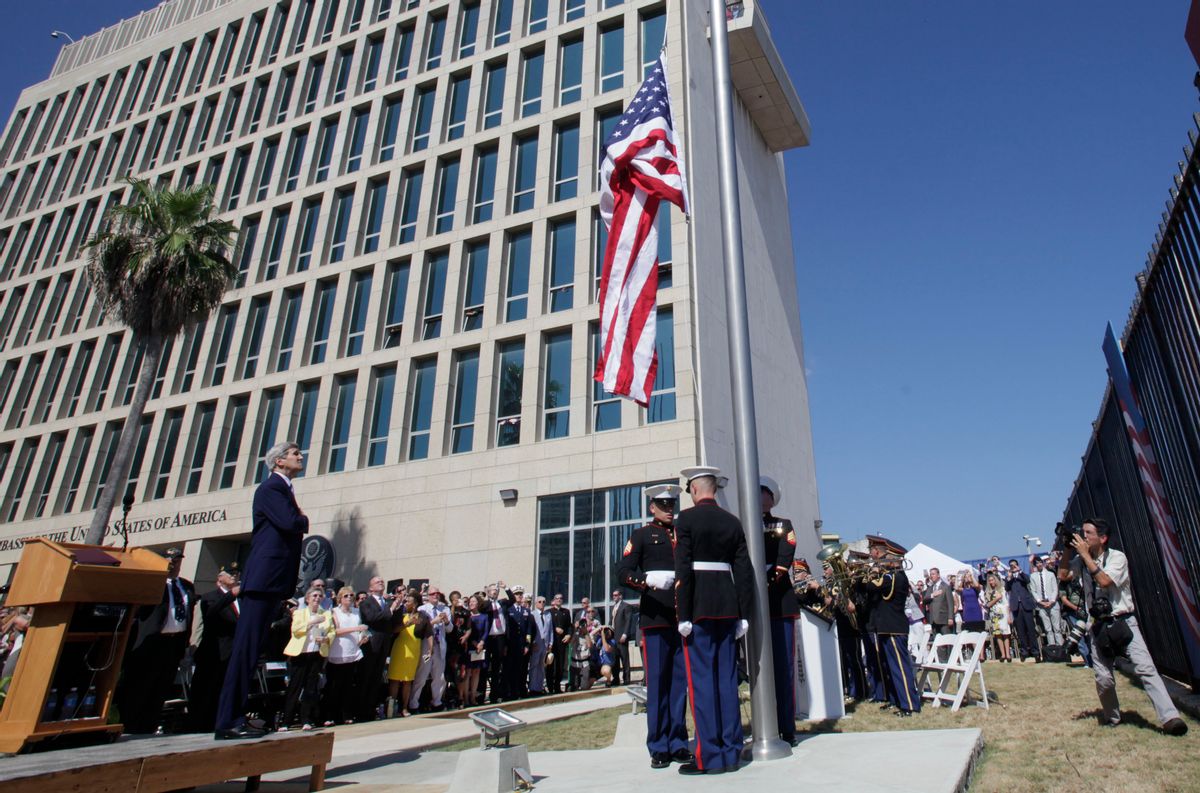 Secretary of State Rex Tillerson said Sunday that his department has considered closing the U.S. Embassy in Cuba following a series of "health attacks" against U.S. diplomats, the Associated Press reported Sunday.

In the past nine months, 21 U.S. employees and family members in Havana have suffered mysterious injuries ranging from hearing loss and concussions to headaches and ear-ringing.

While the Americans who suffered from the injuries worked in the embassy in Havana, the attacks did not occur on the recently opened site. The victims reported experiencing an uncomfortable sensation in their hotel rooms.

According to the AP, some of the victims felt vibrations or heard loud sounds in only parts of rooms, typically over their beds. Others didn't sense anything at all, but later developed the symptoms. Investigators believe it was some sort of “sonic attack,” according the AP, but health experts are still baffled by the incidents.

“We have it under evaluation,” Tillerson said of a possible embassy closure. “It’s a very serious issue with respect to the harm that certain individuals have suffered. We’ve brought some of those people home. It’s under review.”

Tillerson has called the events “health attacks,” as the U.S. still does not know what occurred. Cuba has denied any involvement and has been uncharacteristically forthcoming in their willingness to help.

The U.S. has said the tally of Americans affected could grow as more cases are potentially detected.

The last reported incident was on Aug. 21, according an official who spoke to the AP on the condition of anonymity.