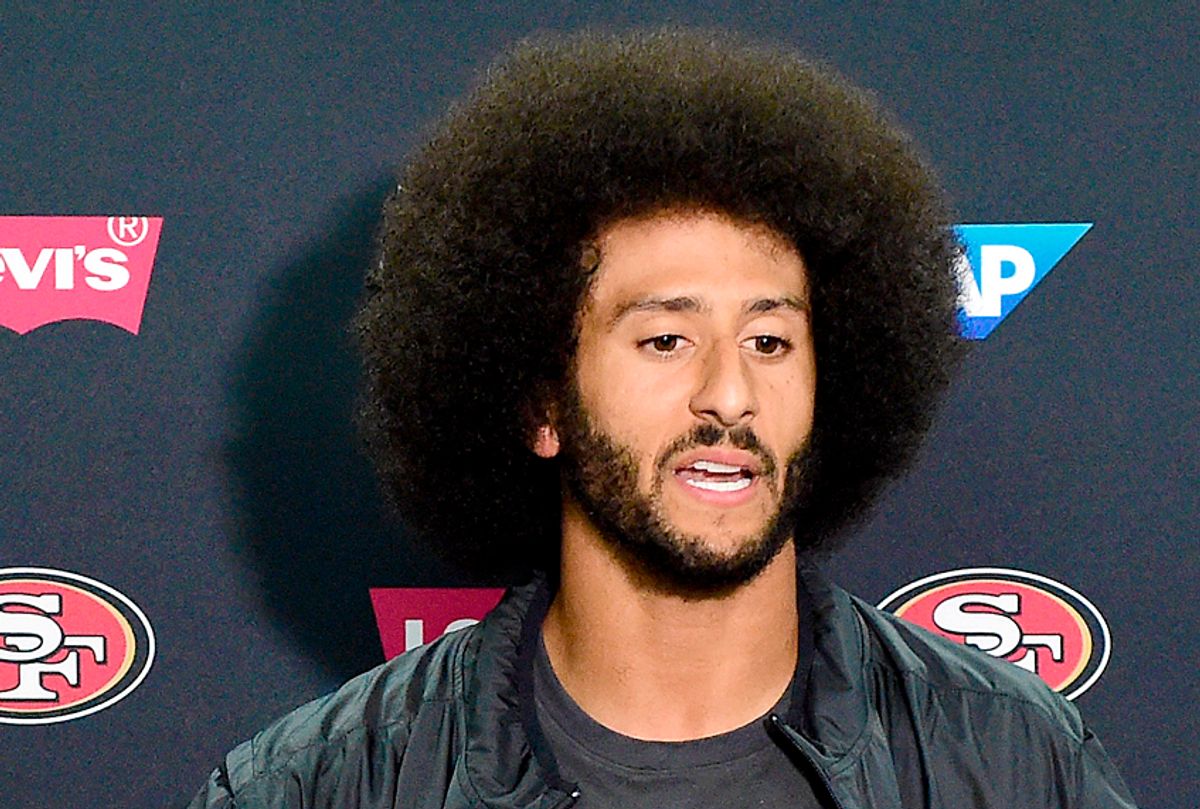 Colin Kaepernick #7 of the San Francisco 49ers (Getty/Harry How)
--

Colin Kaepernick is still not on an NFL roster, but that isn't stopping the NFL Players Association from recognizing him for his community engagement. Friday, the unsigned quarterback was awarded the Week 1 NFLPA Community MVP for his philanthropy and grassroots activism in support of marginalized communities.

On September 7, the first official day of the NFL season, Kaepernick announced a $100,000 donation to be split evenly between four charities: DREAM, which aids after-school programs for New York City youth; Coalition for the Homeless; The Gathering for Justice’s War on Children, which is a new program that will fight against child incarceration; and United We Dream, which focuses on immigrant youth. Days later, Kaepernick hosted a Back to School Backpack Giveaway at the Lower Eastside Girls Club of New York.

Kaepernick has contributed a total of $900,000, 90 percent of his one million dollar goal towards "organizations working in oppressed communities" — a pledge he declared last year.

The NFL Players Association will also donate $10,000 to either Kaepernick's foundation or to a charity he selects. The Community MVP award puts him in the running for the year's Byron Whizzer White Award, which the Players Association describes as the "highest honor that the NFLPA can bestow upon a player."

Despite being a top-performing quarterback, Kaepernick has remained jobless. Many attribute his unsigned status to the National Anthem protests he jumpstarted last season, as a demonstration against police brutality and racial injustice.

The Players Association will continue to recognize one player per week for their community work, which includes NFL players who are either on a team roster or "actively seeking employment as a free agent," the website says.