Available on Airbnb for $725 per night, The Trump family's Queens home was rented out to refugees by a non-profit 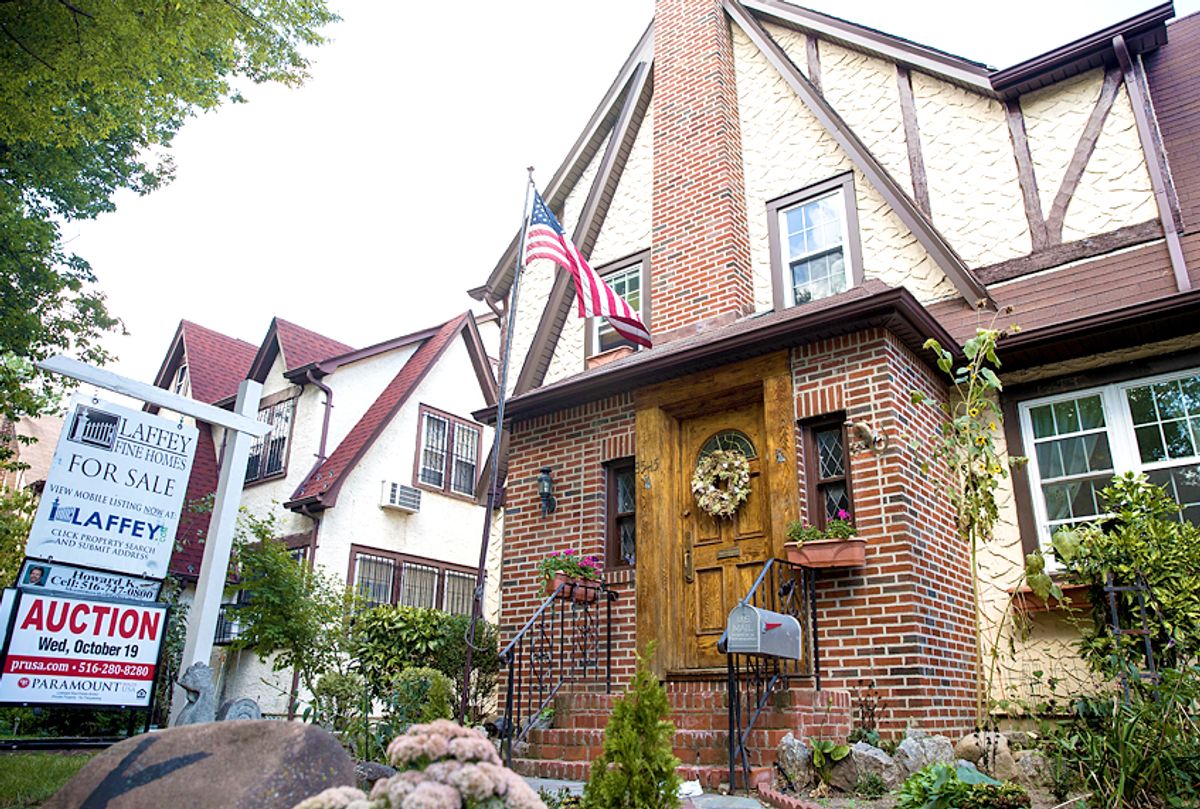 After it was purchased for $2.14 million in March, Donald Trump’s childhood home went on the rental market, allowing guests to stay at the landmark for $725 per night. This weekend, however, the three-story Queens Tudor home housed some unlikely guests: four refugees.

The refugees were invited by Oxfam America — a non-profit organization that fights poverty — to speak with journalists about their experiences and their thoughts on Trump’s travel ban, which targeted immigrants from six majority-Muslim countries and imposes greater restrictions for refugees admissions.

“We wanted to send a strong message to Trump and world leaders that they must do more to welcome refugees,” Shannon Scribner, acting director for the charity's humanitarian department, told the Associated Press.

Eiman Ali, a Somalia native who fled to Yemen, and later the United States, was among the refugees in attendance. She explained to the AP that being in the home that a 4-year-old Donald Trump lived in reminded her of when she was the same age, with “all these hopes and dreams.”

Her opinion of Trump has recently become increasingly negative, especially because of his travel ban.

“To have someone so outspoken against my community become the president of the United States was very eye-opening and hurtful because I have invested a lot in this country,” she said to the Associated Press.

A Syrian refugee, Ghassan al-Chahada, also spoke of America as his childhood dream. Perhaps influenced by being in Trump’s childhood bedroom, he responded thoughtfully when prompted about what his advice to the president would be.

“I would advise him to remember, to think about how he felt when he slept in this bedroom. If he can stay in tune with who he was as a child, the compassion children have and the mercy, I would say he’s a great person,” he told the AP.

The Supreme Court is scheduled to hear arguments on the travel ban on Oct. 10.