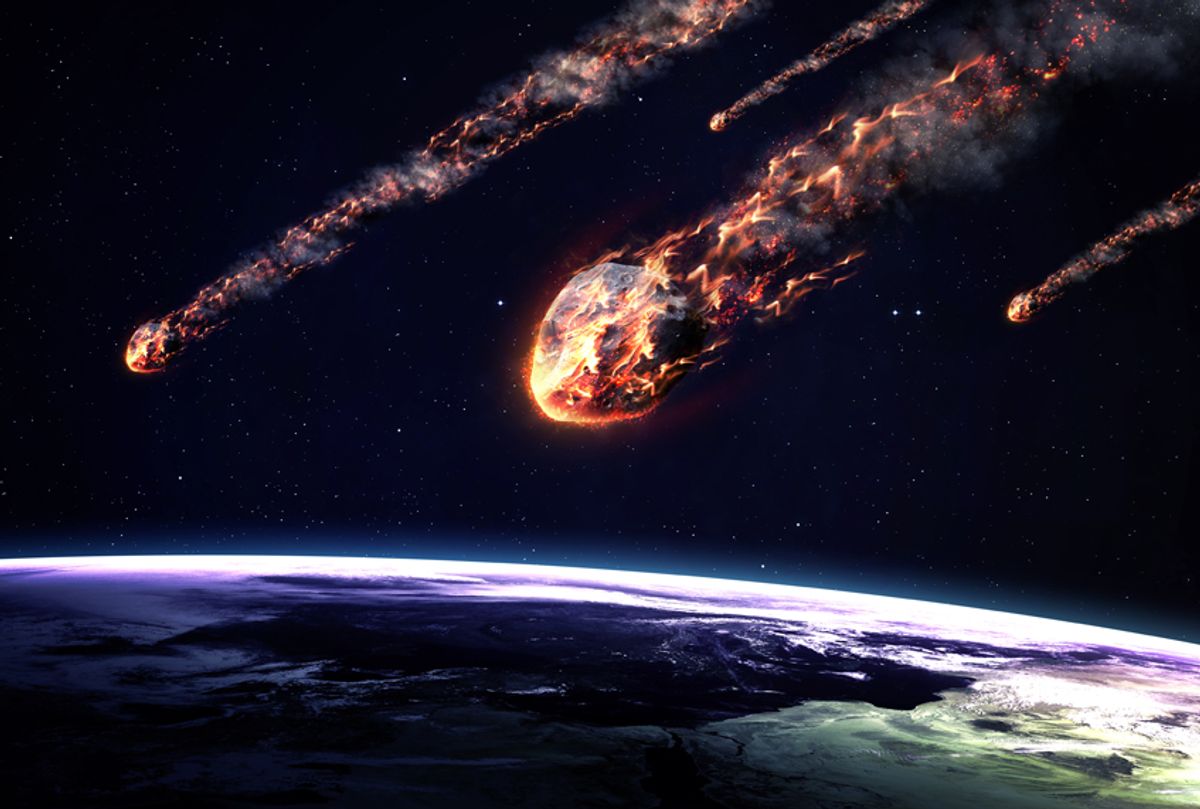 Chances are that relative of yours who's fond of conspiracy theories isn't making any plans for next Saturday, Sept. 23. That's because it's the latest date being promoted as the beginning of the end of humanity.

According to Christian astrologer David Meade, the key to understanding all of this is the number 33. In the Bible, Jesus is said to have lived for 33 years before being crucified. Elohim, the Canaanite god who was later adopted as the supreme god of ancient Israel, is mentioned 33 times in the Bible.

All of this links back to the constellation Virgo and last month's solar eclipse which was visible throughout most of the United States, according to Meade.

While many in the mainstream Religious Right saw the eclipse as a sign that America needed to repent of its sinful ways, Meade believes it means much more than that.

"When the eclipse begins on August 21, the sunrise will be dark, just as Isaiah predicts," he told the British tabloid Daily Star last month.

Since the totality of the eclipse was first visible in Oregon, the 33rd state, and ended in South Carolina on the 33rd degree latitude, this means that 33 days after the event, something enormous is going to happen. According to Meade, that enormous event is going to involve Nibiru, a supposed hidden planet with an orbit that is so large, astronomers haven't been able to detect it.

Notably, a FoxNews.com article about the Nibiru theory devotes literally one sentence to NASA debunking it, without even so much as a quote. The rest of the piece consists of Bible quotes and a calm recitation of the nonsensical belief.

In an interview with The Washington Post, Meade claimed that the Earth isn't necessarily going to be destroyed on Sept. 23 but rather that the date will kick off the fantastical events depicted in the Book of Revelations in the Bible, including The Rapture, the belief that righteous Christians will be transported into heaven before natural disasters begin destroying much of the planet.

"The world is not ending, but the world as we know it is ending," he said, adding later: "A major part of the world will not be the same the beginning of October."

On his website, Meade is also hawking a book titled "The Coup d'Etat Against President Donald J. Trump."

Other people have jumped on the Nibiru bandwagon and have created a scary-looking video to describe the theory. Naturally, you can purchase all sorts of materials describing the alleged prophecy in detail.

"I tell people that we’re not saying that the Rapture or the Second Coming is going to happen at such-and-such a date," Nibiru conspiracist Gary Ray said in an interview with Pat Robertson's TV network CBN. "We’re just saying that the Lord multiple times commanded his people to watch. And he gave signs for a reason. If he didn’t want us to pay attention, he wouldn’t have given signs.”

Currently, there is no evidence that Nibiru exists, and you don't need the words of a scientist to prove that for yourself. If such a massive object were indeed approaching the Earth at a rapid clip, anyone with a $50 telescope would have seen it coming a long time ago.

"Nibiru is not real and is not a danger," NASA Senior Space Scientist David Morrison said in a 2012 video debunking an earlier bout of hysteria about the imaginary planet in conjunction with the year 2012, the supposed "last" year predicted by the ancient Mayan people of Central America.

Morrison's clip responding to the fear mongering has only been viewed about 18,000 times. Of this writing, the pro-Nibiru clip above has been viewed over 2 million times.