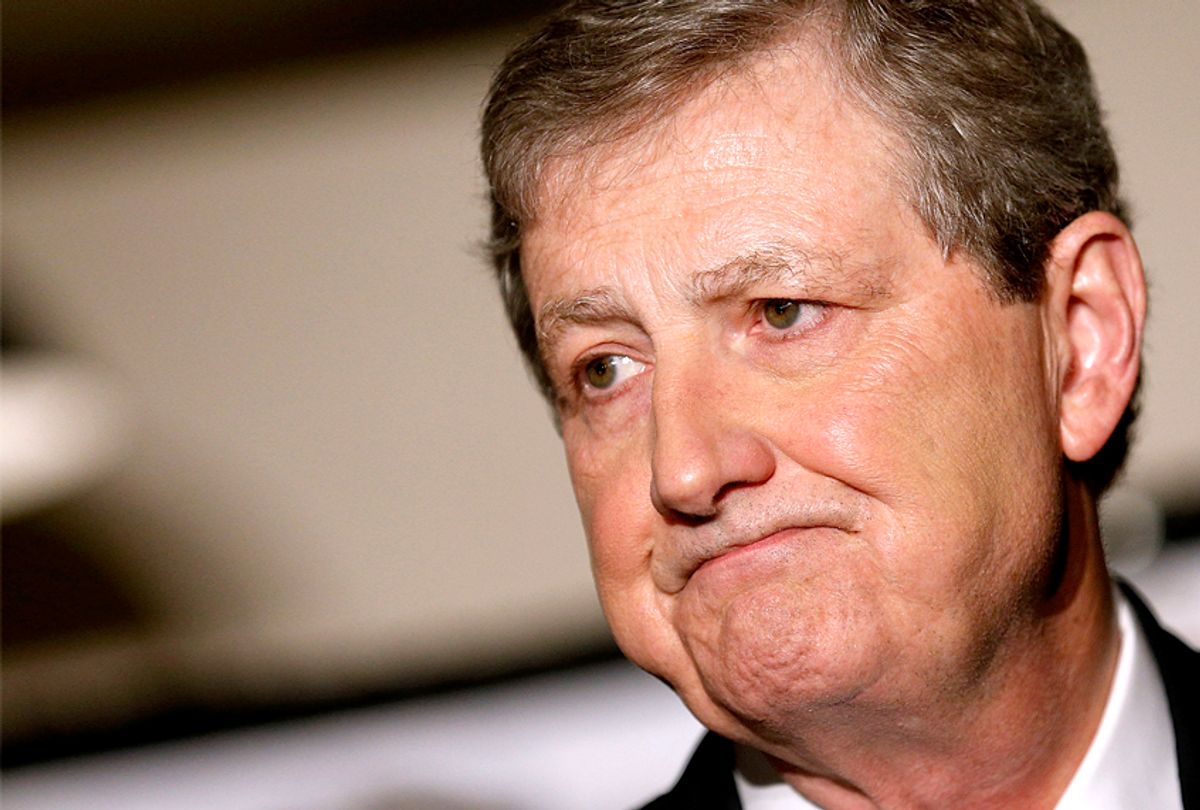 While Republicans ostensibly champion states' rights, one GOP senator recently admitted that he opposes giving block grants to states — because he worries they might use them to set up single-payer health care systems.

"If you give California and New York a big chunk of money they're gonna set up a single payer system," Louisiana Sen. John Kennedy told a Bloomberg reporter. "And I wanna prevent that."

Kennedy isn't alone among Republicans who have reservations about the latest Obamacare repeal-and-replace effort. Sen. Rand Paul of Kentucky told reporters on Monday that the new bill "keeps 90 percent of Obamacare and redistributes the proceeds," complaining, "It’s not repeal. It’s another incarnation of Republican replace. But not repeal."

There are also Senate Republicans who have expressed reservations about the new legislation from a more pragmatic standpoint. Sen. John McCain of Arizona told Bloomberg that, in order to support the new Republican bill, he would need to see "the regular order. Lots of things."

Similarly, Sen. Susan Collins of Maine told reporters that she's still waiting for a CBO score — which is expected to take time. "But based on my analysis over the weekend, I'm concerned about what the effect would be on coverage, on Medicaid spending in my state, on the fundamental changes in Medicaid that would be made without the Senate holding a single hearing to evaluate them."

Collins added, "And also on what the effect would be on premiums particularly for older Americans between 50 and 64."

Sen. Lisa Murkowski of Alaska, who, like McCain and Collins, was one of three Republican senators to vote against the skinny repeal in July, told reporters that "we're doing our due diligence and I think that's important."

One of the reasons it has been so difficult for Republicans to repeal Obamacare, despite vowing to do so for the final seven years of President Barack Obama's tenure, is that the bill expanded insurance to roughly 20 million Americans and lowered costs for roughly 57 million more who use Medicare. The Congressional Budget Office estimated that past repeal-and-replace bills would have deprived as many as 22 million Americans of their insurance, and it is notable that the office has said they will not be able to determine the new bill's impact on coverage, deficits or premiums "for at least several weeks."

The Republican leadership in the Senate wants to pass the new bill by September 30, while they can still do so through the budget reconciliation process.