After cops apprehended Kenneth Gleason for a series of race-based killings, they found texts by Hitler in his home 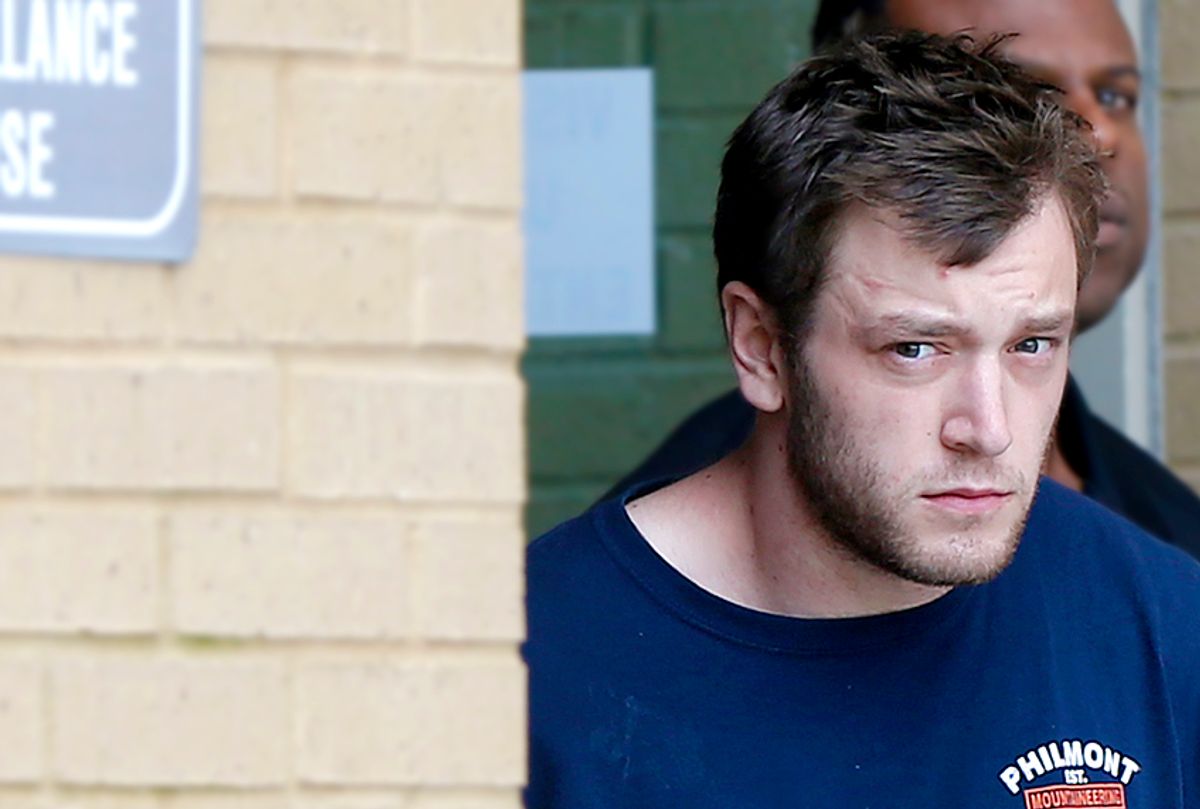 In searching the home of Kenneth Gleason, whom authorities suspect of killing two African-American men and shooting at the home of an African-American family, investigators found at least one speech by Nazi leader Adolf Hitler. After Gleason's arrest last Sunday on drug charges, authorities had said, "there is a strong possibility [the killings] could be racially motivated." Gleason was booked on two charges of first-degree murder.

At a press conference after Gleason's arrest and booking, Interim Baton Rouge Police Chief Jonny Dunnam called the killings "brutal murders" and said that Gleason, "could have potentially created a [tear] in the fabric that holds this community together." Racial tensions remain high in the city following the 2016 fatal police shooting of Alton Sterling. After someone reportedly called to complain about Sterling selling CDs outside a convenience store, police fired on Sterling who was in possession of, though not wielding, a handgun. At the time, Sterling was pinned to the ground and had been tasered several times.

Only days later, Gavin Eugene Long would shoot six Baton Rogue police officers, killing three. Through a series of YouTube videos, Long made it clear that he was seeking revenge for Sterling's death. Long died in the incident.

As reported Sunday, Gleason is the only suspect in the fatal Baton Rouge, Louisiana shootings of 59-year-old Bruce Cofield and 49-year-old Donald Smart, killed five miles apart from each other on Tuesday and Thursday of last week respectively. Authorities would later add that they also suspected Gleason had fired on the house of an African-American family in his neighborhood sometime before the killings. There were no injuries reported in that incident.

Initially, authorities were unable to arrest Gleason for lack of evidence. A search of his residence would yield a gram of marijuana and vials of human growth hormone, leading to a drug charge. Nonetheless, Gleason would make bail — though he enjoyed freedom rather briefly. On Monday, he was collared for theft after stealing a copy of "The Hitchhikers Guide to the Galaxy." Again, authorities were forced to release him.

According to The Advocate, "East Baton Rouge District Attorney Hillar Moore said that DNA obtained from spent shell casings found at the scene of the homicide on Alaska Street on Thursday matched a swab from Gleason, ultimately leading to his arrest in the homicides."

Previously, a neighbor had described Gleason as looking like a "clean-cut American kid" to The New York Post, adding that it was "hard to believe this sort of thing is still happening."