Republicans are creating their own news outlet

Meet The Free Telegraph, which is a site devoted to advancing the Republican agenda 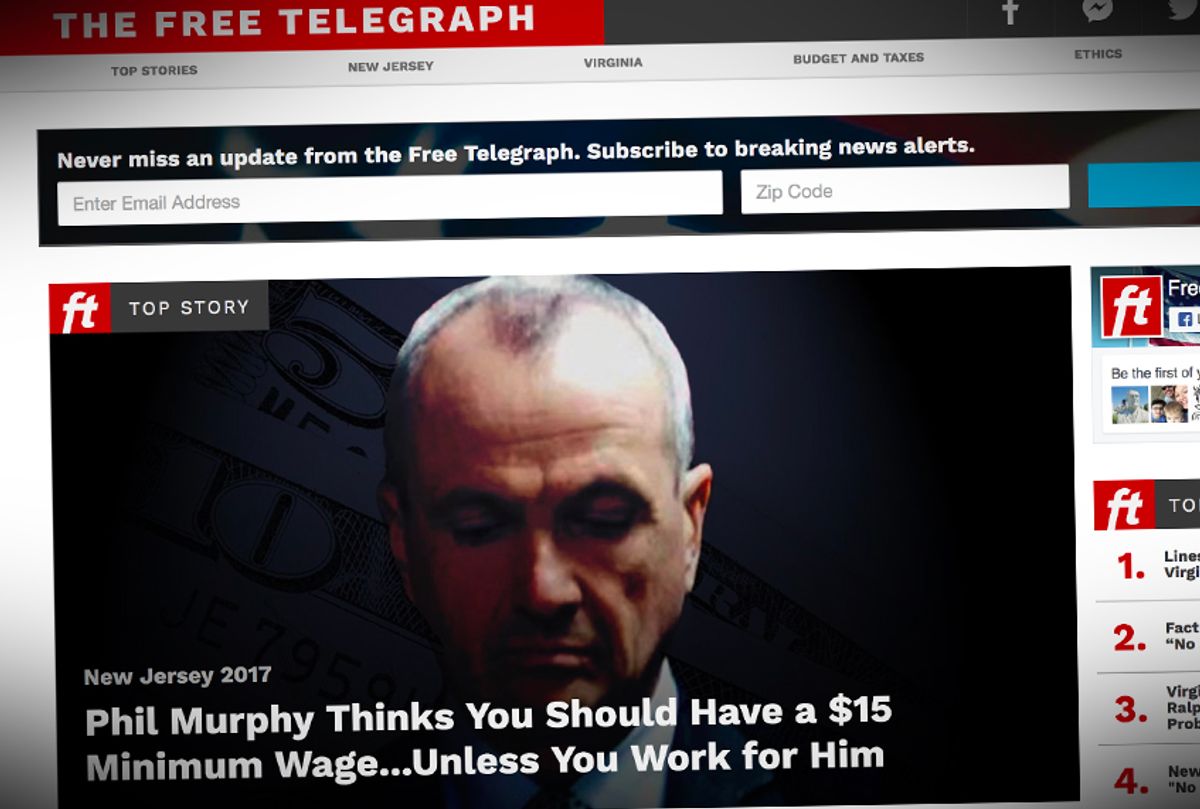 As the era of "Fake News" continues to churn, the Republican Governors Association positioned itself to take full advantage by launching an online media outlet that heaps praise on Republican governors and also takes shots at Democratic counterparts.

Perhaps the most alarming aspect of The Free Telegraph is that the website did not indicate that it had been created by the RGA until after an inquiry from the Associated Press.

"It’s propaganda for sure, even if they have objective standards and all the reporting is 100 percent accurate," Republican communications veteran Rick Tyler, a former Ted Cruz presidential campaign employee, told the AP.

The AP elaborated on The Free Telegraph's misleading strategies:

"The website was registered July 7 through Domains By Proxy, a company that allows the originators of a website to shield their identities. An AP search did not find any corporate, Federal Election Commission or IRS filings establishing The Free Telegraph as an independent entity."

"As of early Monday afternoon, The Free Telegraph’s Twitter account and Facebook page still had no obvious identifiers tying the site to RGA. The site described itself on Twitter as 'bringing you the political news that matters outside of Washington.' The Facebook account labeled The Free Telegraph a 'Media/News Company.' That’s a contrast to the RGA’s Facebook page, which is clearly disclosed as belonging to a 'Political Organization,' as is the account of its counterpart, the Democratic Governors Association."

"They’re just seeding the ground," Angelo Carusone, who runs Media Matters for America, a progressive media watchdog group, told the AP. "They are repackaging their opposition research so it’s there as 'news,' and at any moment that publication could become the defining moment of the narrative” in some state’s campaign for governor."

The website also features two verticals for New Jersey and Virginia, the two states that have gubernatorial elections this November. Some material is sourced from "traditional media organizations" as well as conservative sites like The Daily Caller.

Their social media accounts include original links and retweets from other news outlets.

"The content is far tamer than from some sites from that popped up during the 2016 presidential campaign to propagate sensational but baseless stories. But it does create a cache of headlines that could turn up in campaigns," AP reported.