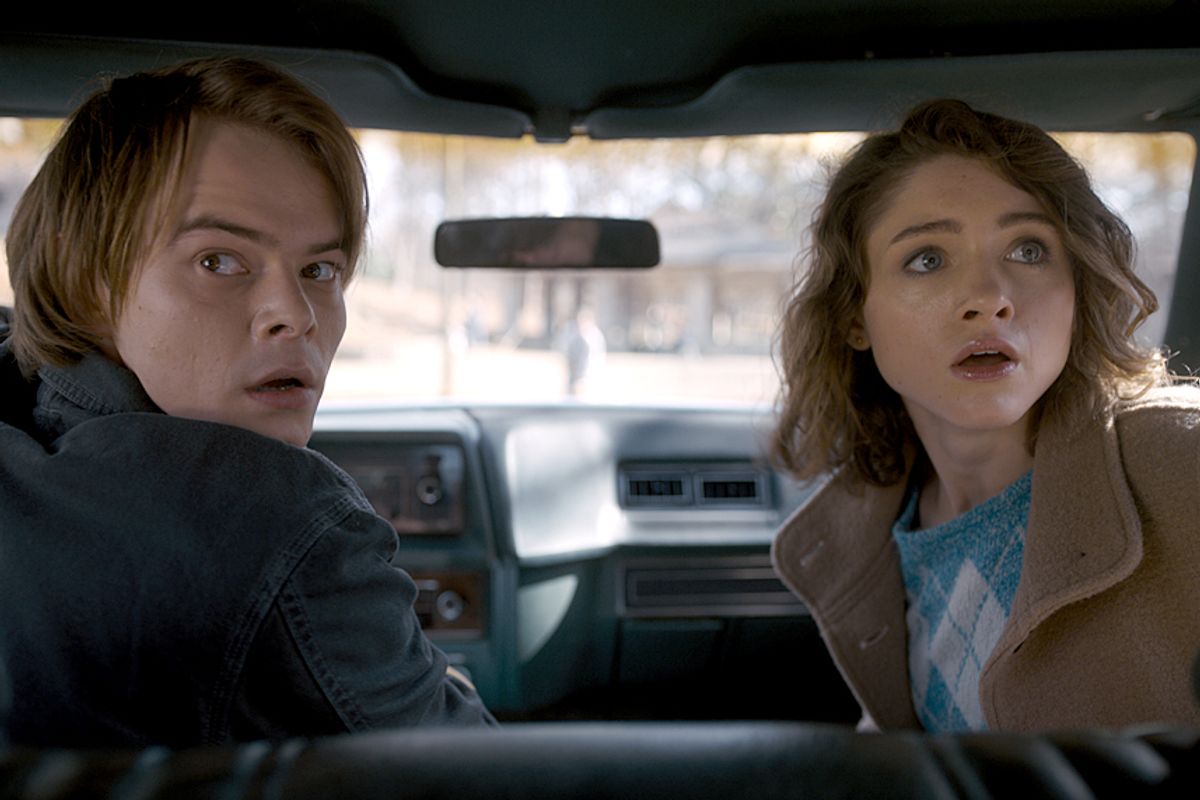 We are so close to season two of "Stranger Things," and for lucky fans in Chicago, "the Upside Down" came even sooner than expected — in the form of a "Stranger Things"-themed pop-up bar. Yet already, the bar, which opened in August, is headed toward closing after Netflix served it with perhaps the cheekiest cease-and-desist ever put to paper.

"My walkie talkie busted so I had to write this note instead," the letter to the bar owners began. "Look, I don't want you to think I'm total wastoid, and I love how much you guys love the show. (wait until you see season 2!)"

The commitment to stay in character was quite impressive. "Unless I’m living in the Upside Down, I don’t think we did a deal with you for this pop-up," the letter continues. "You’re obviously creative types, so I’m sure you can appreciate that it’s important to us to have a say in how our fans encounter the worlds we build."

"The Upside Down" bar, named for the parallel universe in the beloved series, serves "Eleven's Eggos," cocktails and sports decor inspired by the retro horror show, according to Variety. The pop-up bar was initially slated for just a six-week run, but after its success, the owners planned to keep it running in the lead up to season 2.

Netflix said they weren't "going to go full Dr. Brenner," but they asked the owners to not extend the pop-up past its original ending and to attain permission if they ever plan to recreate the bar in the future.

"We love our fans more than anything," the letter says, "but you should know that the demogorgon is not always as forgiving. So please don't make us call your mom."

As objectively charming as the cease-and-desist order is, it is indeed a bummer that so many of us will never get to taste "Eleven's Eggos" in real life.