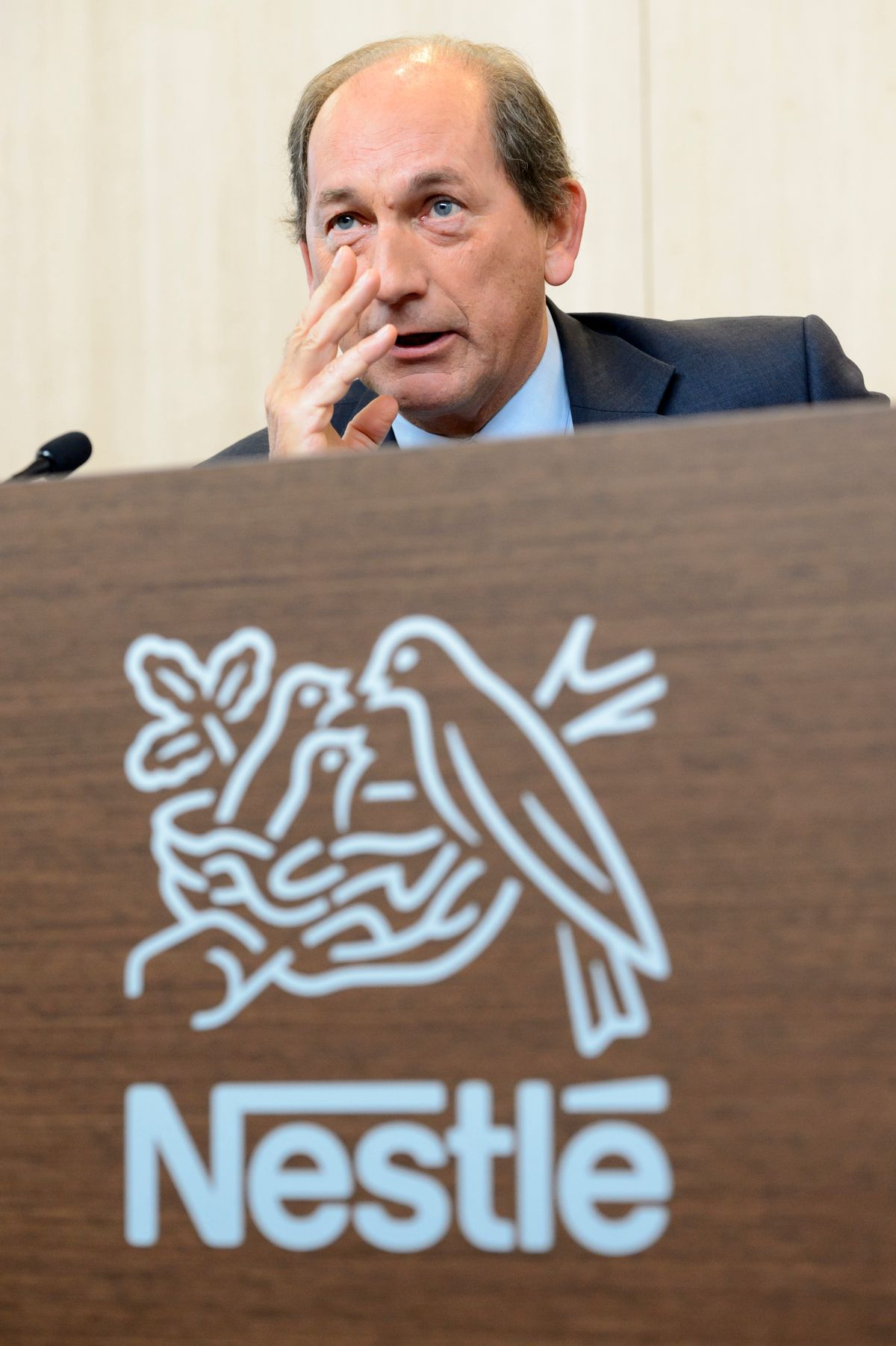 There are now more than 700 million obese people worldwide, 108 million of them children, reported the New York Times recently. In Brazil, food giant Nestle sends vendors door to door hawking its high-calorie junk food and giving customers a full month to pay for their purchases. Such a deal. Nestle calls the junk food hawkers, who are themselves obese, "micro-entrepreneurs." Right.

Nestle's exploitation of the poor goes back more than 40 years when it convinced poor mothers to reject their own breast milk—the one thing poor mothers actually have to give their babies—in favor of its infant formula. Activist groups say babies die in poor areas of Asia, Africa and Latin America because their mothers bottle-feed them with Western-style infant milk.

In Brazil, meat giant JBS and Coca-Cola have donated millions to congressional campaigns and McDonald’s $561,000, effectively burying dialogue about the health of junk food and its role in obesity. A few years ago, Reuters reported that the World Health Organization's Pan American Health Organization takes hundreds of thousands of dollars and "obesity" advice from junk food and soft drink companies. No wonder the advice stresses "exercise" and gives junk food ubiquity and its marketing to children a pass.

Big Food also keeps America fat. A 2014 movie by Katie Couric called "Fed Up" exposed how the U.S. government admonishes people to eat right, while pushing the foods that make them fat, and how school lunchrooms have been bought by Big Food.

The film reveals how the egg, sugar and other Big Food industries revised guidelines generated from the 1977 McGovern Report that recommended people eat less foods high in fat and sugar to favor them and overruled Sen. McGovern.

In 2006, a similar Big Food triumph occurred. Faced with the United Nations’ WHO food recommendations that were similar to the McGovern Report, then Secretary of Health and Human Services (HHS) Tommy G. Thompson actually flew to Geneva to threaten WHO that if the guidelines stood, the U.S. would withdraw its WHO financial support. Yes—U.S. Ag was—and is—more important than world health.

In July, the New York Times revealed the devastating toll that junk food, obesity and diabetes have on poor people in Appalachia, most of whom have minimal or no health care. People in Appalachia are sicker than in Central America, said Dr. Joseph Smiddy, a health volunteer in Virginia. “In Central America, they’re eating beans and rice and walking everywhere. They’re not drinking Mountain Dew and eating candy. They’re not having an epidemic of obesity and diabetes.” At least not until Nestle gets there.

In Chicago, there is a bitter fight over a recently instituted penny-per-ounce tax on sweetened beverages. The beverage industry has spent more than $1.4 million on television ads trying to reverse the decision and cast the desire to drink high-calorie, obesity-, diabetes- and dental cavity-producing soft drinks as "consumer choice." Poor communities, in Chicago and in the world, are the ones most hurt by soft drinks and the ones the beverage industry is now most desperately trying to enlist in the fight against the tax.

Someone on a typical 2,000-calorie-a-day diet should derive only 200 calories a day from sugar—equal to one 16-ounce soda. Yet most Americans consume at least twice the recommended amount and few people who have the soda “habit” only drink one soft drink a day.

Once upon a time, “sugar” meant sugar from sugar cane or sugar beets. But since 1980, soft drink producers have favored high-fructose corn syrup (HFCS) and they have been followed by most major food producers and processors. Trade restrictions in other countries to protect local sugar production made sugar more expensive to use even as U.S. farmers were growing copious amounts of corn because of farm subsidies. HFCS is also cheaper to produce, store and ship.

While HFCS is linked to obesity, diabetes, liver damage, memory problems and even possible mercury contamination, artificial sweeteners are not clearly better. An increase in the use of aspartame, found in Diet Coke, and sucralose, found in Pepsi One, actually correlated with a rise in the number of people who are obese, reported the Yale Journal of Biology and Medicine.

Whether in Brazil or Chicago, Big Food is succeeding in adding "poor health" to the plight of poor people.