In a now-deleted Tweet, the Bronx rapper alleged that a New York officer assaulted her 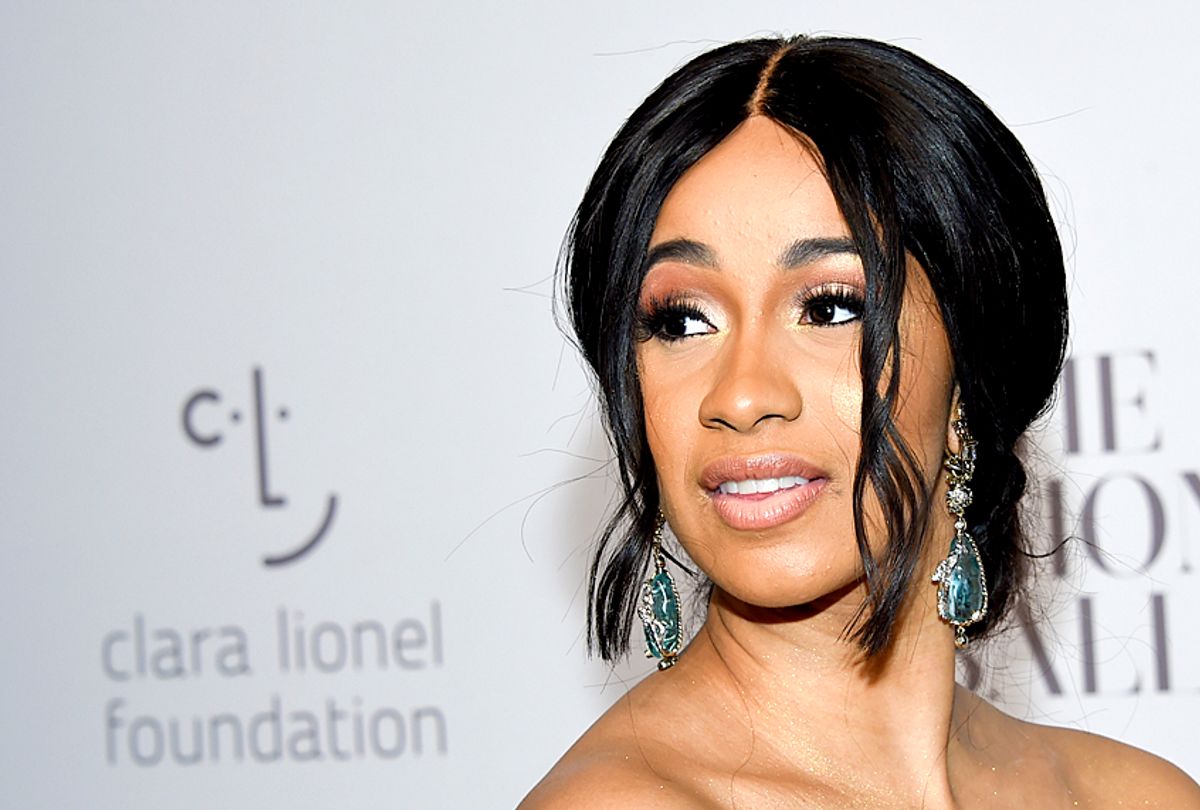 Bronx rapper Cardi B claimed that she was assaulted by a New York City police officer Tuesday evening, in a since-deleted tweet.

"I can't believe this cop put me on a choke hole just now shit is crazy these NY cops don't know how to do their job," she tweeted Tuesday. TMZ claims that the alleged incident would have happened after a car accident between herself and another driver. TMZ said the drivers involved started arguing, and when an officer showed up he put Cardi B "in a choke hold Tuesday evening and slammed her against her car," TMZ wrote. 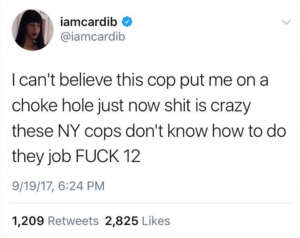 Cardi B deleted the original tweet above, as well one tweet responding to a fan in which she confirmed that the officer in question was white. 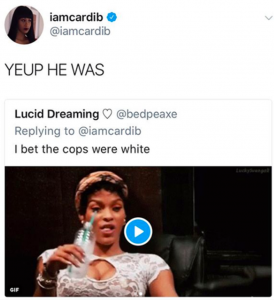 Neither Cardi B nor her reps have added any comments since, according to Complex, who also said that the NYPD confirmed Cardi B had not been arrested. There are no other details about the alleged incident.

Cardi B is a former reality star turned rap superstar. Her breakout single "Bodak Yellow" is currently No. 2 on Billboard's Hot 100 chart, just under Taylor Swift's "Look What You Made Me Do." "Bodak Yellow" is expected to reach No. 1 next week. Her ascent from the Bronx to the top of the charts has been inspiring to many.

Although the rapper's music is not overtly political, Cardi B has been vocal in the past on issues of police brutality and racial justice. Notably, last month during the MTV VMA's, she declared her support for unsigned quarterback Colin Kaepernick saying "As long as you kneel with us, we're gonna be standing for you."