Early Friday morning, a confrontation left one black student in the hospital and a white student charged 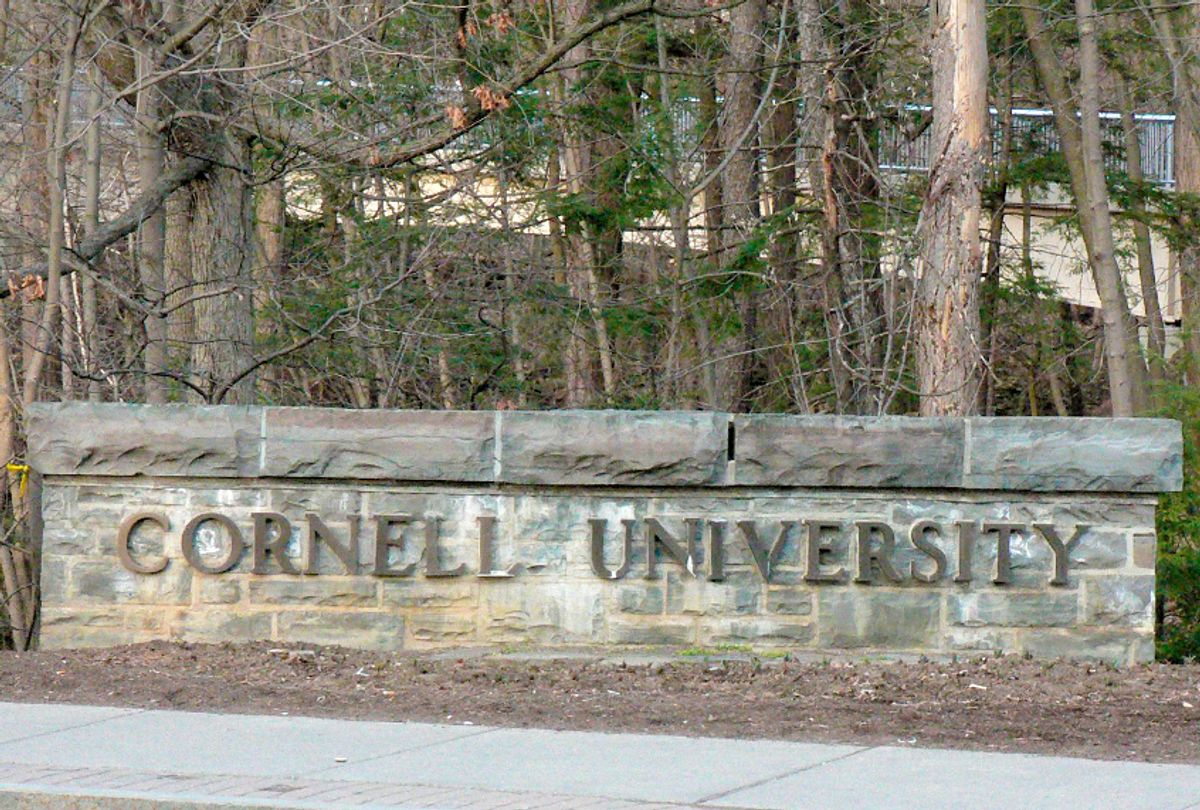 Cornell University and local authorities are now investigating the beating of a black student as potentially racially motivated hate crime, according to the Associated Press. According to the Ithaca, New York police, authorities arrested a white Cornell student Friday morning, charging them with one count of assault in the third degree, a misdemeanor. Authorities are investigating the assault, "including any racially biased motivation," Lt. John Joly said in a press release.

The arrest comes in the wake of an alleged incident early Friday morning in Collegetown, following which a black student claimed four or five white men shouted racial slurs at him and then started punching him repeatedly after he confronted them, the Cornell Sun reported. "I was pretty bloodied up," the student told the paper. There is a short video in which the "n-word" can be heard over and over. Allegedly, the clip is a prequel to the violence that left one Cornell student in the Cayuga Medical Center and with a possible concussion, the Sun said.

Both the arrested and the victim's identities have been concealed.

For many, this incident isn't an anomaly for the Ivy League school, but reflective of a larger culture of inequity. The Black Student Union released a statement and said: "The aftermath of the incident on Friday serves to remind the black population at this school that we are nothing but tokens, paraded around yet never protected."

The student who was attacked told the Sun, "I can’t say I’m very surprised, with the political climate in our country and [things] like this happening all around," he said. "I already know this happens, but it’s just another reminder."

The Ivy League school has announced plans to form a task force to address "persistent problems of bigotry and intolerance," the university's president said in a statement Sunday.