Everybody still hates Hillary Clinton: But why? 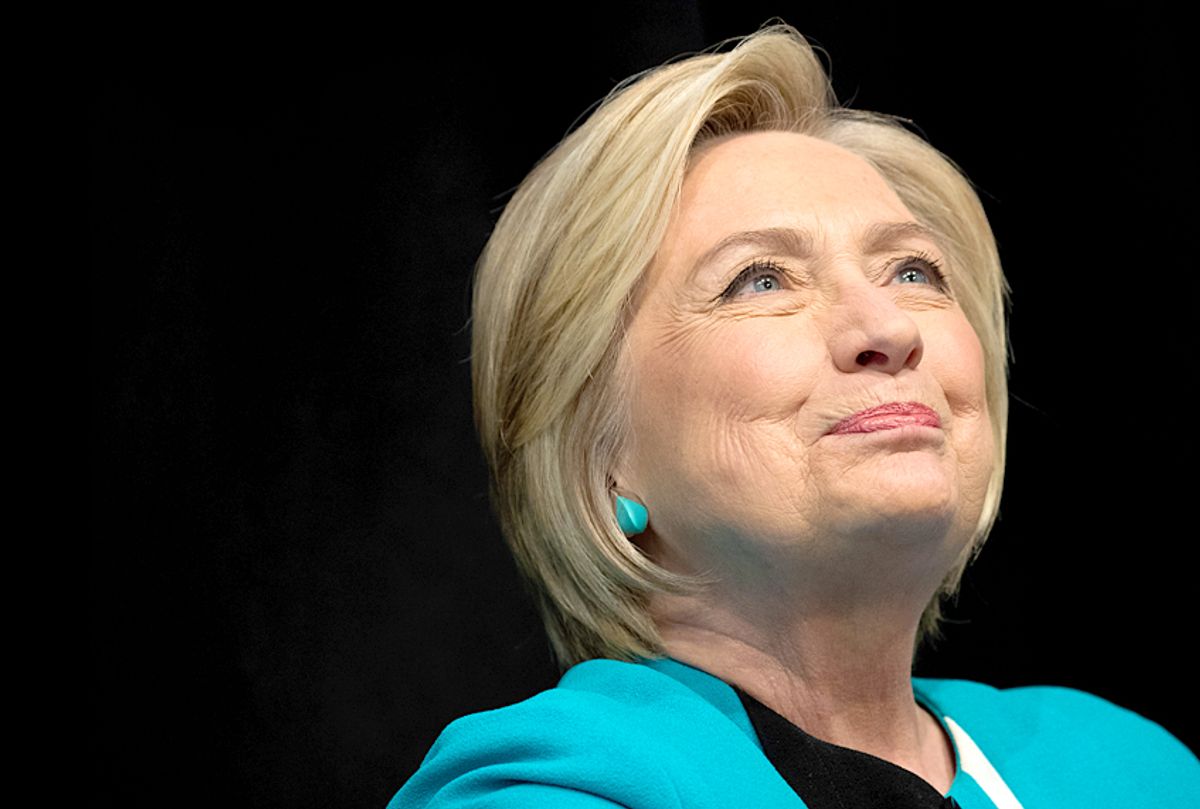 Hillary Clinton is back in the public eye to promote her new memoir on the 2016 election, but most Americans would apparently prefer her to just go away. That’s according to a recent NBC News/Wall Street Journal poll, which found that just 30 percent of respondents had a very positive or somewhat positive view of the former Democratic nominee, who seems to be getting even less popular as the 2016 election recedes further into the past.

This poll couldn’t have come at a more inconvenient time for Clinton, who attempts to explain last year’s election in her aptly titled new book, “What Happened,” which caused a stir well before its official publication date after a few passages were leaked online. As the former secretary of state proceeds with her nationwide book tour and several high-profile media appearances, she remains an extremely divisive figure, and 10 months after losing the election she has yet to figure out why.

Clinton repeatedly asks the readers in her book: “What makes me such a lightning rod for fury? I'm really asking. I'm at a loss.”

It’s not a bad question -- and, of course, she has her theories. One important reason posited by Clinton is the fact that she is a woman, and it is hard to disagree with this point. Like racism, sexism is still pervasive in American society and culture, and one has to be somewhat delusional to think that it did not play a role in Clinton’s defeat (and in some of the more extreme animosity directed at her over the years). Sexist actions and attitudes were apparent at many points during the 2016 campaign, and Clinton’s opponent was beyond any serious doubt the most overtly misogynistic candidate to run for president in modern history (which, sadly, was part of his appeal for some voters).

Another factor that Clinton will no doubt touch on during her book tour, which continues through December, is the right-wing propaganda machine that has vilified her and her husband for the past 25 years. The visceral hatred that many feel for Clinton is not terribly surprising when one considers all of the nonsense that was peddled by Trump-endorsed websites like InfoWars and Breitbart News throughout the campaign. If one read only these “news” sites, one could easily become convinced that Hillary Clinton is a satanic witch who orchestrated the 2012 Benghazi attack while overseeing a child sex ring on the side. These conspiracy theories and pseudo-scandals were the culmination of a decades-long smear campaign against the Clintons by the far right, and this propaganda has engendered an irrational hatred of Hillary Clinton in a significant proportion of the population.

Clinton has good reason, then, to place some blame on these factors (and others) for her loss to Trump, as well as her chronically low approval rating. This doesn’t mean that there weren’t legitimate reasons to dislike or distrust Clinton as a candidate, however, or that Clinton doesn’t deserve the lion’s share of the blame for what happened.

The truth is that Clinton was often her own worst enemy in 2016 and frequently provided her opponents with ammunition to torpedo her campaign. To her credit, Clinton does take responsibility for her own “shortcomings” and “mistakes” in her book and acknowledges that she “didn't realize how quickly the ground was shifting under all our feet.” But it is doubtful that the former candidate has truly come to terms with the more legitimate criticisms of her and her campaign.

In “What Happened,” for example, Clinton singles out her primary opponent Bernie Sanders and the progressive left for causing “lasting damage” to her reputation and “making it harder to unify progressives in the general election,” while “paving the way for Trump’s ‘Crooked Hillary’ campaign.”

“Because we agreed on so much,” Clinton writes, “Bernie couldn’t make an argument against me in this area on policy, so he had to resort to innuendo and impugning my character. When I finally challenged Bernie during a debate to name a single time I changed a position or a vote because of a financial contribution, he couldn’t come up with anything.”

This passage indicates that Clinton still doesn’t quite understand Sanders’ criticisms of her, which were nothing like the personal attacks that came from Donald Trump. Sanders’ critique of Clinton was ultimately part of a larger critique of the political system under which she had thrived for decades. This political system was once described by Indian-American businessman Sant Chatwal, a longtime friend and financial supporter of the Clintons, in a candid 2011 interview with the Indian newspaper The Siasat Daily:

“In politics nothing comes free. You have to write cheques in the American political system. I know the system. I had to work very hard,” said Chatwal, who served as co-chair of Clinton’s presidential exploratory committee in 2008. “I was interested in building a relationship between India and America,” he continued, “[So I] bet on [Bill Clinton]. He became president. Already we were good friends like a family.”

In 2014, Chatwal pled guilty to skirting federal campaign contribution laws while raising money for Clinton and two other candidates, and in a recorded conversation with a government informant he allegedly said that “nobody will even talk to you” without political contributions. “That’s the only way to buy them, get into the system.”

This is the political system that Sanders was railing against during his presidential campaign, and Chatwal’s experience shows that the Clintons are very much a part of this system. While Hillary seemed to grasp this systemic critique on an intellectual level — writing on her campaign website that the political system “has been hijacked by billionaires and special interests” — when it came to her own personal situation she adamantly denied being influenced at all by special interests. This led to some pretty awkward contradictions in her campaign rhetoric. While she admitted that the campaign finance system was breeding corruption and never hesitated to call out Republican politicians as tools of their big donors, she was apparently an exception to the rule; the one fresh apple in a rotten barrel.

The progressive animus towards Clinton, then, was really an animus toward the political system that she appeared to represent. This was a far cry from the irrational and sometimes demented (and, yes, sexist) hostility toward Hillary that came from the likes of Alex Jones and Breitbart. The far right tried to paint Clinton as a uniquely evil person and politician, and manufactured imaginary scandals and wild conspiracies out of thin air to support their narrative. But progressives had a different problem with Hillary Clinton: They essentially saw her as a standard Beltway politician — no better and no worse than other politicians who court big donors at cocktail parties in Washington and Manhattan and Beverly Hills.

After spending a quarter-century inside the Washington ecosystem, Clinton was such a part of it that she no longer saw anything wrong with some of its more unscrupulous practices: After all, everyone does it! That blindness was what truly bothered many leftists, and it is an attitude evidenced in Clinton’s book. She acknowledges that it was bad “optics” to give paid speeches for big banks like Goldman Sachs, for example, but it’s not clear whether she thinks it was actually inappropriate for her to accept hundreds of thousands of dollars from a bank known for its fraudulent practices, at a time when she was obviously preparing to run for president. In other words, she isn’t sorry that she gave those speeches; she’s sorry that they became such a PR disaster for her campaign.

Bad optics was a constant theme for the Clinton campaign, and while the far-right propaganda machine played an essential role in making Clinton a “lightning rod for fury,” the candidate’s well-earned reputation as a creature of the establishment is what ultimately cost her the election. Clinton recently said that she is “done with being a candidate,” but it is safe to say that she will always be a member of the establishment. We can debate “what happened” in 2016 ad nauseam, but the fact remains that Clinton lost to the “most unpopular candidate in the history of this country,” as Bernie Sanders recently put it. If Clinton’s embarrassing defeat doesn’t get the Democrats to abandon establishment politics in the years ahead, then they will very likely be wondering what happened again in 2020.