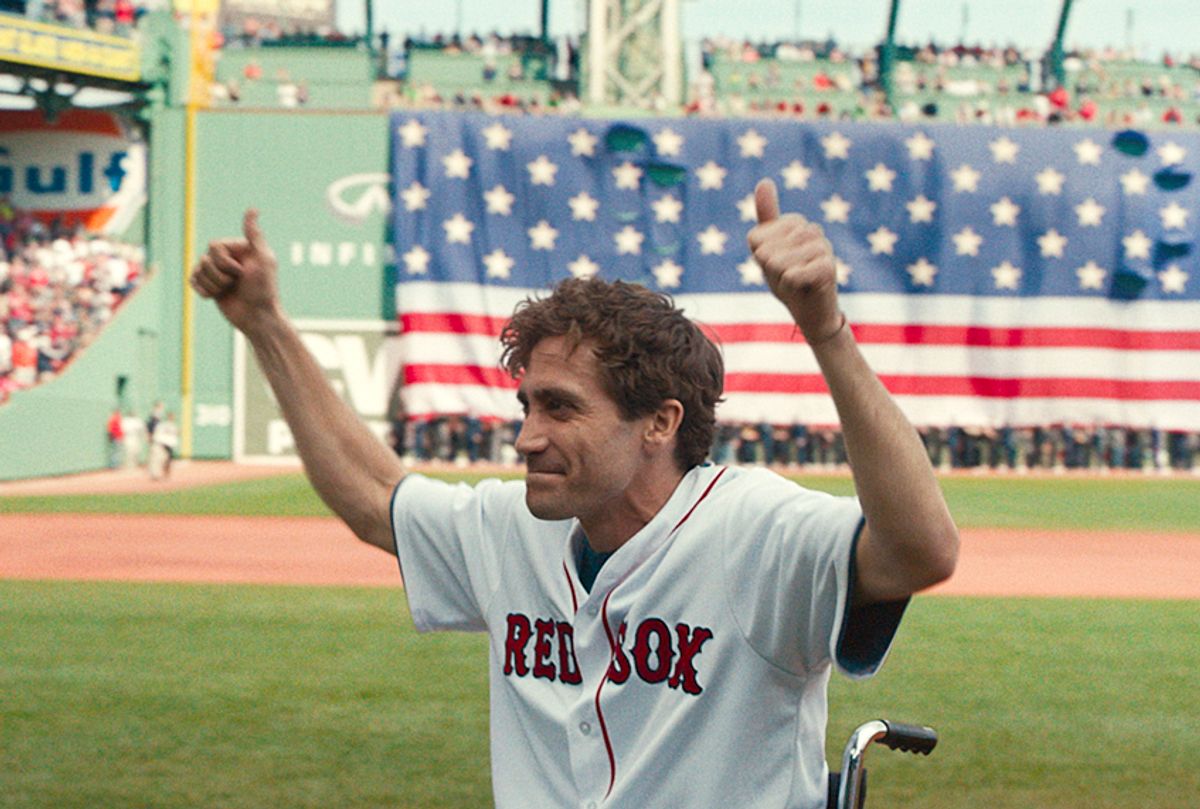 David Gordon Green has directed 14 feature length movies and episodes of four television series’. His filmography is an eclectic mix of bro comedies (“Pineapple Express,” “The Sitter,” “Eastbound and Down”), small town human dramas (“George Washington,” “All the Real Girls,” “Snow Angels,” “Manglehorn”), thrillers (“Joe,” “Undertow”) and one political drama (“Our Brand is Crisis”). But out of everything he’s done in his 20-year filmmaking career, the most widely seen work is a Chrysler commercial that aired during halftime of the 2012 Superbowl.

“That was one of the best jobs of all time,” he told The Independent last year. “It’s the only thing that I’ve ever done that 200 million people have seen.”

You might recall the commercial. It’s the one where Clint Eastwood walks through a dimly lit tunnel and in his gravelly “Gran Torino” voice tells America it’s “halftime” — both literally and as a metaphor for what Chrysler was framing as an inflection point for American industry and jobs. The commercial was ostensibly aimed at the nation at large, its message that we need to band together if we want to rally. But most everyone hated it. Karl Rove was upset that Chrysler and Clint Eastwood made what he considered to be a covert endorsement of the Obama administration’s auto industry bailout. And the left was upset that Chrysler altered frames of picketing workers to remove pro-union messages.

These days, speaking to everybody is an easy way to alienate everyone, a lesson which Gordon Green apparently learned. His latest film (out Friday) is “Stronger,” a movie set around the Boston Marathon bombing that aims straight up the middle. “We have a great script, a great actor and our job is not to make it sentimental and cheesy,” he said in the same Independent interview. “You have to be smart, because there are a million different perspectives on that incident. I mean some assholes celebrated it. You are not going to make a movie that pleases everyone.”

The film is a small movie set around a big event. It’s an adaptation of Boston Marathon bombing victim Jeff Bauman’s 2014 memoir. Bauman, played by Jake Gyllenhaal, attended the Marathon to watch his girlfriend compete and he wound up losing his legs in the explosion; then, when he woke up, he helped police identify the Tsarnaev brothers. The explosion comes 15 minutes into the film; the movie is about the aftermath. It’s about Bauman coping with post-traumatic stress, the pressures of being cast as a national hero and the toll the injury takes on his personal relationships.

Though Gordon Green is probably right that “Stronger” won’t please everyone, it should. Between all the crying and yelling and the Boston accents, “Stronger” is an actor’s movie. Gordon Green’s touch is subtle. Foregrounded are the performances, which are great across the board, but especially so in the case of Gyllenhaal, Tatiana Maslany (as Jeff’s girlfriend, Erin Hurley) and Miranda Richardson (as Patty Bauman, Jeff’s mom). The film is heartfelt but also very funny (when Bauman wakes up he makes a Lt. Dan joke) and it doesn’t get too mawkish until the very last scene.

But “Stronger” also has something for everyone politically. The Bauman’s are a working class, beer-drinking, backyard barbequing family. Jeff works at Costco. But they exist within a major Northeast metropolis. And the film interrogates the angst and post-traumatic stress that might be induced through participation in American rituals, like throwing out the first pitch at a baseball game, while arguing for the symbolic importance of these rituals. It deftly articulates how someone can be a hero for being a victim. It’s patriotic but nuanced.

Like the 2012 Chrysler spot, “Stronger” is ultimately about American healing. But Gordon Green isn’t trying to sell you a car. And his film captures America in a past distant enough to lend perspective. Those factors, coupled with a compelling story, make a message about banding together easier to embrace. But controversy sells and the lack of a discernible one here likely means that this little human drama won’t find a Superbowl-size audience.