Bill Cassidy told Jimmy Kimmel that GOP plans were going to take care of the needy, but the bill fails there 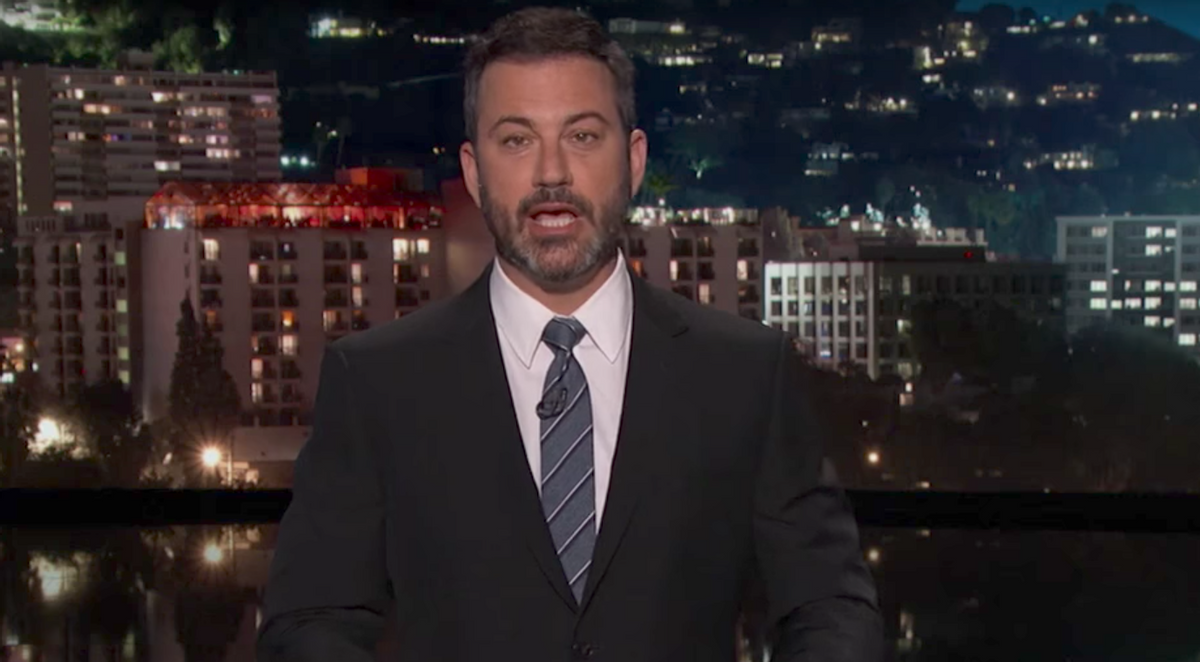 "This guy, Bill Cassidy, just lied right to my face," Kimmel declared to his audience of millions.

As Kimmel reminded his viewers, he had famously explained back in May how he had come up with a basic humanitarian rule — subsequently dubbed The Kimmel Test — which all health care bills should have to follow. He was inspired to create that rule after a harrowing experience in which his own newborn son nearly died because of a congenital heart condition.

"No family should be denied medical care, emergency or otherwise, because they can't afford it," Kimmel explained was the basic rule of the test. During a subsequent interview that same month with Sen. Bill Cassidy of Louisiana, Kimmel and Cassidy agreed that any new health care bill should cover all Americans, prohibit discrimination against people with preexisting conditions, prohibit lifetime insurance caps and lower premiums for the middle-class.

"The new bill does none of those things. Not only did Bill Cassidy fail the Jimmy Kimmel test, he failed the Bill Cassidy test," Kimmel said.

Because Senate Republican leadership is trying to ram through the bill before it can be thoroughly assessed by the Congressional Budget Office, there is no way of knowing its full impact prior to when it arrives on the floor for a vote. As the Associated Press explained:

"The GOP’s last-ditch effort to repeal “Obamacare” would redistribute hundreds of billions of dollars in federal financing for insurance coverage, creating winners and losers among individual Americans and states in ways not yet fully clear."

The new Republican health care bill is currently in a precarious state, according to Axios. In order to pass with only 50 votes as part of the budget reconciliation process, the law can only lose the support of up to two Republican senators. A number of GOP senators have already expressed concerns over the new measure, including Sens. John McCain of Arizona, Susan Collins of Maine, Lisa Murkowski of Alaska and Rand Paul of Kentucky.