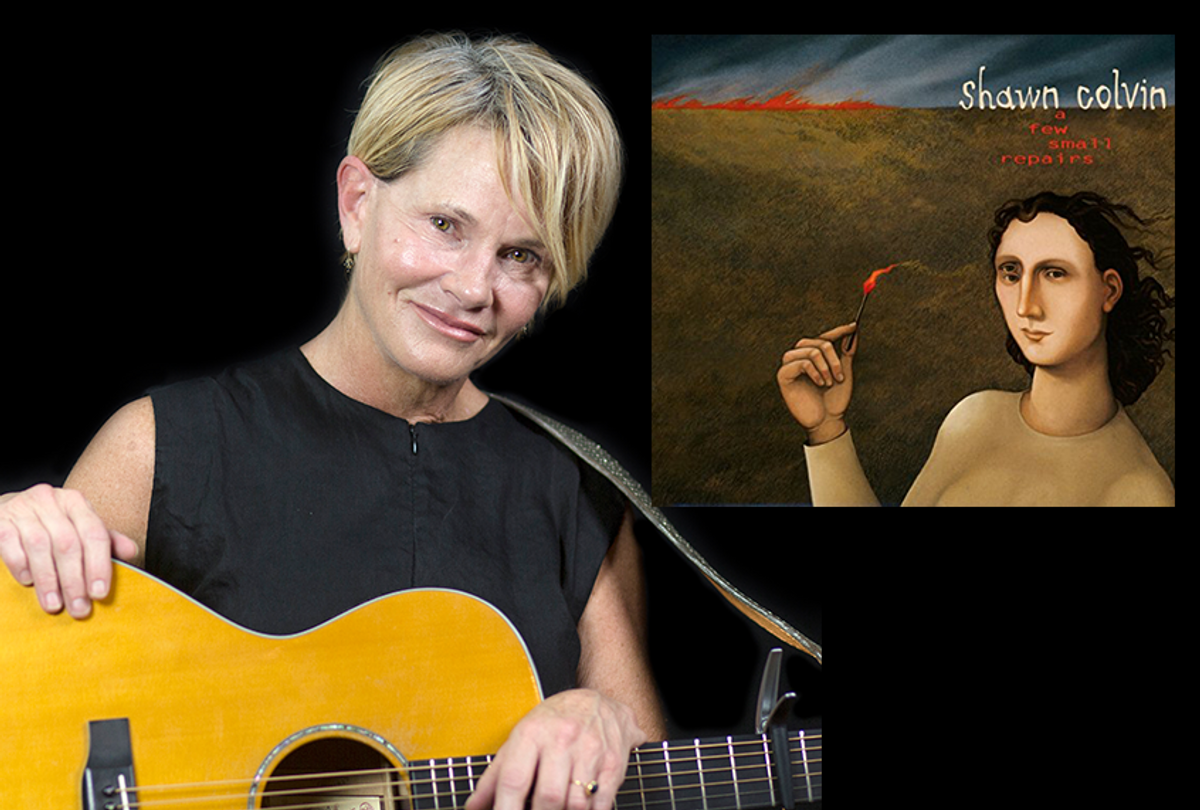 "People have asked me, 'well what's the secret?' and I just say, it's got to move you," veteran singer/songwriter Shawn Colvin said on "Salon Stage" after performing an exclusive acoustic set.

It's been 20 years since "A Few Small Repairs," Colvin's Grammy Award-nominated album with hits like "Sunny Came Home." In light of the album's anniversary, an expanded edition was released September 15, featuring seven unearthed live performances and new artwork and liner notes. Colvin will perform the album in its entirety on tour this fall.

"'A Few Small Repairs'" was a big record for me, and it sold over a million copies," Colvin said. "But then I had to make another record, and I couldn't help it, I wanted to ride on my own coat tail."

Colvin admitted that for several of the albums that followed, "it didn't follow in the footsteps of its predecessor."

But, Colvin did learn lessons in the process. When she stepped back and examined what made "A Few Small Repairs" successful and how her formula changed after the record's success, she realized that it was the commercial pressure that held her back.

"On 'A Few Small Repairs,' we made the very best record we could make," Colvin said. "So the record I made after 'A Whole New You' was called 'These Four Walls,' and I'm as proud of it as I am of anything I've ever done. I just relaxed back into it again."

These days, Colvin strives to be authentic. "If it doesn't move you, then you're going down the wrong path," Colvin said. "And hopefully that'll make it move other people. That's where my integrity lies."