Linda Hamilton returns to the "Terminator" franchise after 26 years 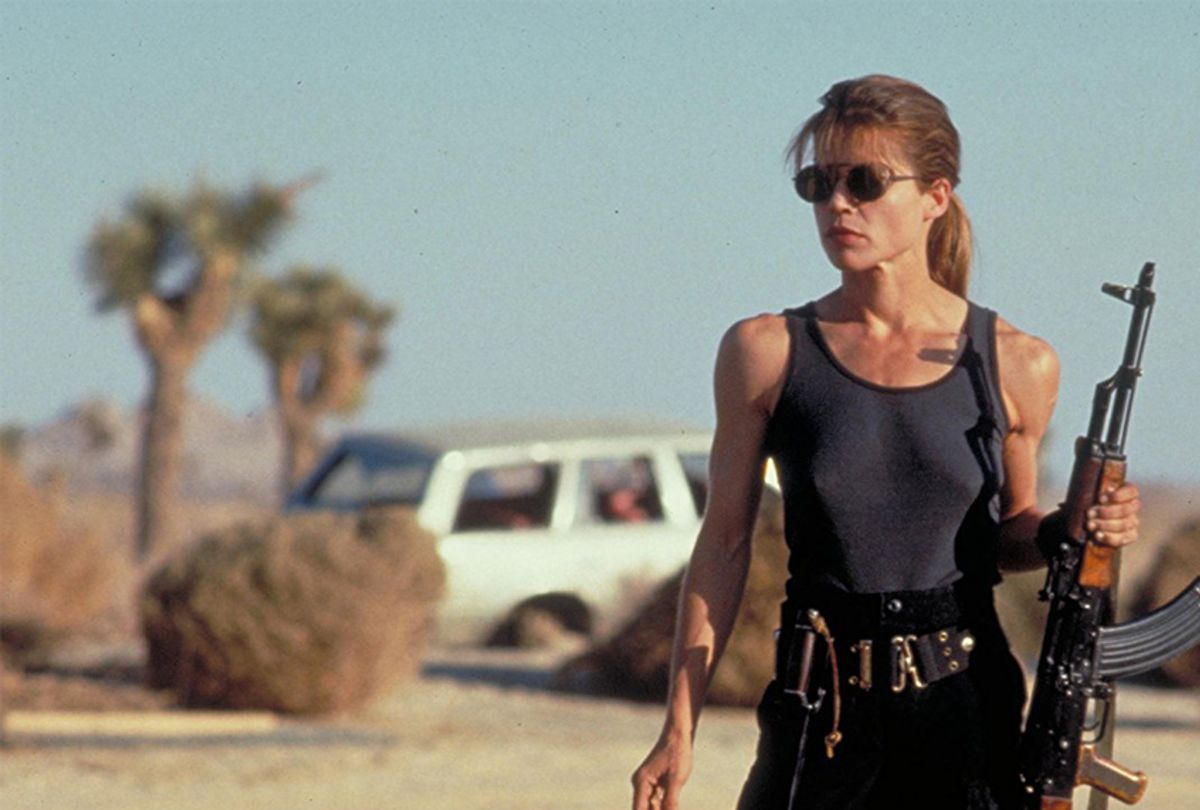 Linda Hamilton, the star of "The Terminator" and "Terminator 2: Judgment Day," will reprise her as heroine Sarah Conner in an upcoming sequel to the franchise, according to the Hollywood Reporter. "Deadpool" Tim Miller will helm the as-yet-unnamed sixth "Terminator" installment while James Cameron, who directed and co-wrote both the first two films in the series, will serve as a producer. Franchise star Arnold Schwarzenegger will also return as the titular cyborg.

During a private event, Cameron framed the decision to bring Hamilton back as both creatively necessary and something of a feminist imperative. "As meaningful as she was to gender and action stars everywhere back then, it’s going to make a huge statement to have that seasoned warrior that she’s become return. There are 50-year-old, 60-year-old guys out there killing bad guys, but there isn’t an example of that for women," Cameron said. Hamilton and Cameron divorced after a two-year marriage in 1999.

Cameron also suggested that Hamilton's character will not be the main protagonist of the film. "We’re starting a search for an 18-something woman to be the new centerpiece of the new story," Cameron said. "We still fold time. We will have characters from the future and the present. There will be mostly new characters, but we'll have Arnold and Linda’s characters to anchor it."

The "Terminator" franchise has had a rocky run since "Terminator 2: Judgment Day," the last film in which Cameron directed and Hamilton starred. The three follow up movies — "Terminator 3: Rise of the Machines," "Terminator Salvation" and "Terminator Genisys" — were met with mixed responses by fans, as was the spin-off TV series "The Sarah Connor Chronicles."

Although Hamilton hasn't played Connor on the big screen in 26 years, the character has been depicted by two other actresses, both of them best known for their work on the hit TV series "Game of Thrones." Emilia Clarke played Sarah Connor in the 2015 film "Terminator Genisys," which occurred in an alternate timeline, while Lena Headey played her in "The Sarah Connor Chronicles." Hamilton did briefly resume the character for a Universal Studios attraction known as "T2 3-D: Battle Across Time" in 1996.

While other details about the film are scarce, it is currently projected to arrive in theaters some time in 2019.