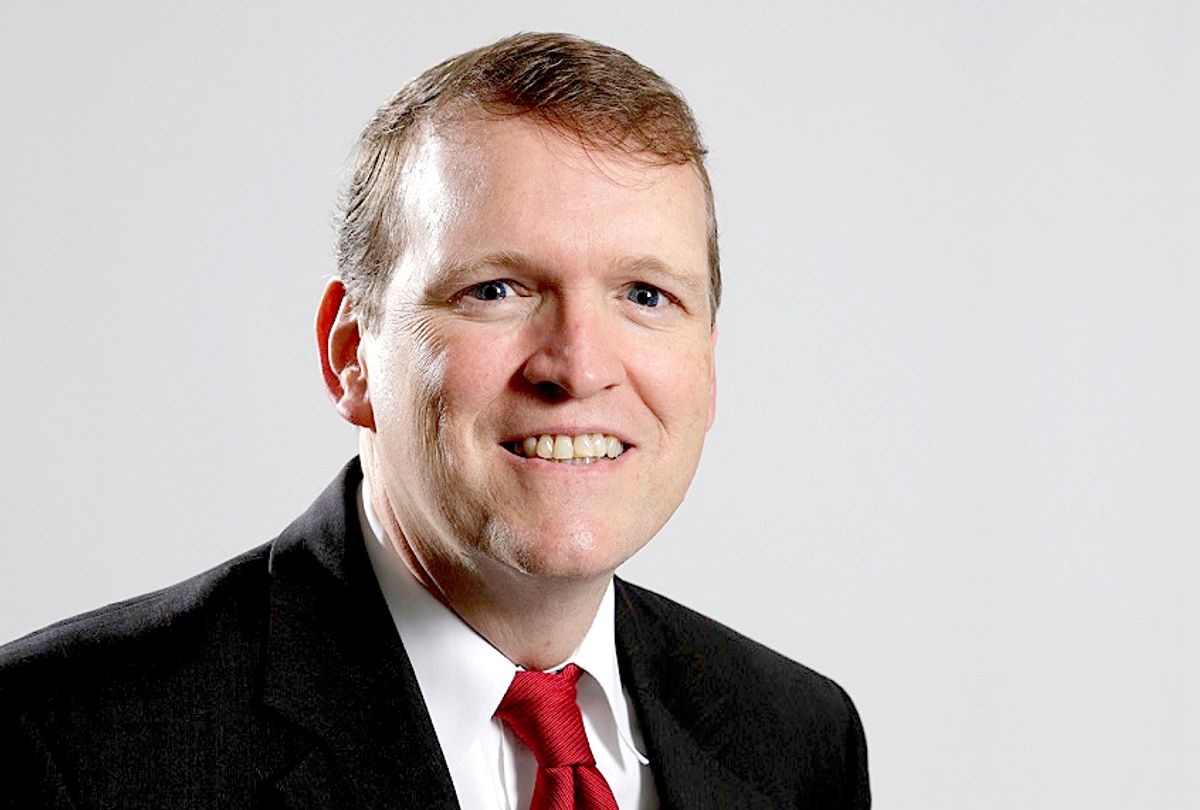 President Donald Trump's nominee for a Texas federal judgeship is facing harsh scrutiny for past hateful comments he made about the LGBT community.

Jeff Mateer, who serves as the first assistant attorney general of Texas, made a number of statements which expressed animosity toward the LGBT community during his time as general counsel for the Christian right-wing Liberty Institute, which is now known as the First Liberty Institute. As uncovered by CNN, these remarks disparaged transgender individuals, compared same-sex marriage to bestiality and bemoaned the outlawing of conversion therapy.

"Now, I submit to you, a parent of three children who are now young adults, a first grader really knows what their sexual identity?" Mateer rhetorically asked listeners in May 2015, while discussing a Colorado transgender bathroom case. "I mean it just really shows you how Satan's plan is working and the destruction that's going on."

He added that there would be "no line" after same-sex marriage was legalized in America, arguing that "what is the limiting? Why couldn't four people wanna get married? Why not one man and three women? Or three women and one man?" He added that same-sex marriage could result in "people who marry themselves. Somebody wanted to marry a tree. People marrying their pets. It's just like — you know, you read the New Testament and you read about all the things and you think, 'Oh, that's not going on in our community.' Oh yes it is. We're back to that time where debauchery rules."

In a speech from November 2015, Mateer expressed dismay that states were banning gay conversion therapy, claiming that the government was "invading that area" of "Biblical counselors and therapists."

That latter speech was delivered at an event hosted by preacher Kevin Swanson, who says that the Bible ascribes the death penalty to homosexuals.

Trump's decision to appoint Mateer to a federal judgeship speaks volumes about his desire to kowtow to the far right. The president characterized himself as a comparatively more pro-LGBT candidate during the 2016 election but has since tried to implement a transgender ban in the military. In general. he has not stood up to his party's right-wing base on LGBT issues and, as indicated by his nomination of Mateer, has been willing to give them considerable power.