Watch a witch fully dismantle Tucker Carlson on his own show

Tucker Carlson talked down to a witch. She wasn't having it 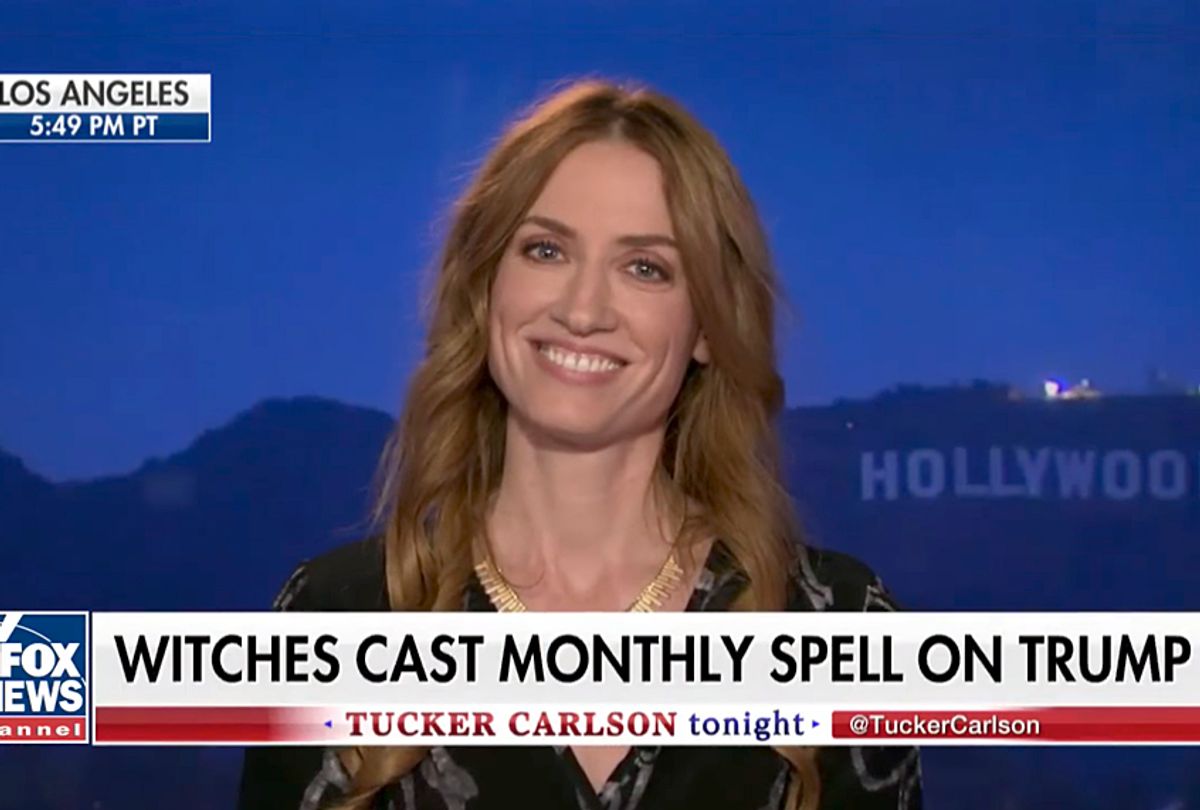 Fox News’s Tucker Carlson used his airtime last night to attempt to understand witches and their monthly binding spell on President Donald Trump, a rite intended to stop the president from taking harmful actions, be they political or military.

Carlson — as perhaps one would expect — homed in on inane subjects like whether or not spells were legal, or if "eye of newt" was used in the spell casting. Witches have been performing this anti-Trump action monthly during the waning moon. Even singer Lana Del Ray participates in similar rituals. However, Amanda Yates Garcia, the witch interviewed and the self-billed "Oracle of Los Angeles," grounded Carlson's magically inane questions in hard reality.

"They’re a symbolic action used to harness the powers of the imagination and achieve a tangible result," she said of the spells cast on the president. When asked about the ultimate goal of the spell, Garcia responded "My ultimate aim is that we protect the people that we love from having harm done to them." She added that, "in the meantime, I think that what’s really important is that we create a sense of solidarity and empowerment within the people who are participating in the spell to galvanize them towards actions."

When asked about legality of these things, she compared the act of performing a spell to a nationalistic, symbolic action, like saluting the flag or singing the national anthem. When Carlson pushed the question of the eye of newt a second time, Garcia again pivoted the conversation to news and politics.