Why is beloved Joe Biden trying to squash a progressive debate?

Everybody loves Uncle Joe! But he wants to shut down the debate on Universal Basic Income with stern Dad politics 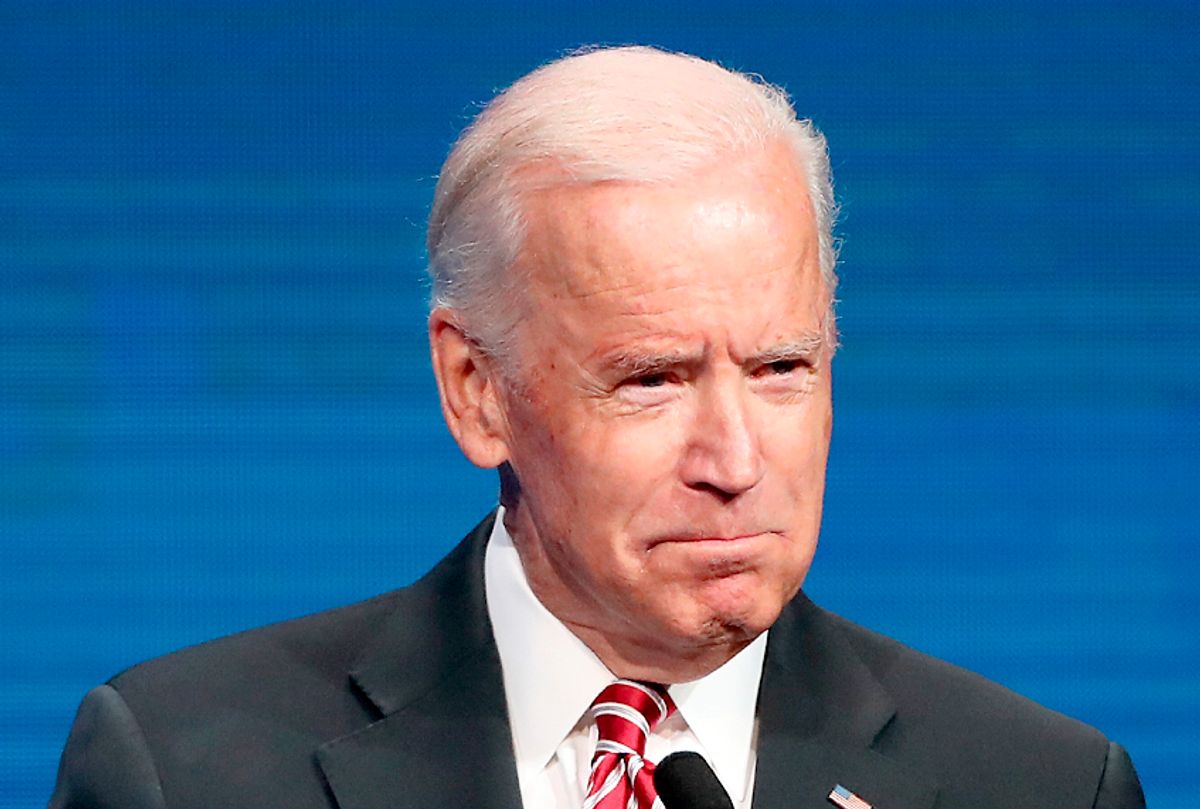 While launching his new initiative at the University of Delaware this week, former Vice President Joe Biden decided to take a swipe at a progressive economic idea that has attracted surging attention in a number of countries.

The Biden Institute, the ex-veep's new think tank, will purportedly pursue worker-first economic policies."Our children and grandchildren deserve the promise we've had: the skills to get ahead, the chance to earn a paycheck, and a steady job that rewards hard work," Biden wrote in his inaugural blog post for the institute.

But a guaranteed paycheck from the government, Biden argued, is not the answer to the relentless rise of automation.

While the notion of unconditional welfare -- that is, a guaranteed income level that no one falls below, whether or not they have a job -- has been around since at least the 16th century, the proposal has recently gained momentum among the technocrats of Silicon Valley. Influential tech leaders like Facebook’s Mark Zuckerberg, have encouraged a serious dialogue on the merits of this idea, generally known as Universal Basic Income or Guaranteed Basic Income. Tesla CEO Elon Musk frequently points to automation and artificial intelligence as serious threats to jobs in his pitches for UBI. According to a report issued in March by PricewaterhouseCoopers, nearly 40 percent of U.S. jobs are at risk of automation by the early 2030s.

Biden views such a scheme as anathema to the “dignity” of life, arguing that direct cash payments will cause people to work less and deprive them of the meaning work provides:

"I believe there is a better way forward. I believe we can – we must – build a future that puts work first. My father used to have an expression. He'd say, "Joey, a job is about a lot more than a paycheck. It's about your dignity. It's about your self-respect. It's about your place in your community." And every coal worker in West Virginia or steelworker in Scranton who lost their job will tell you they didn't just lose a paycheck but much more."

Biden argued that tech executives are “selling American workers short” by acknowledging that automation poses a potential threat to whole industries. “The future will not change the enduring American values that got us here,” Biden wrote, which was as close as he gets to an actual argument against guaranteed basic income. “It’s about your place in the community.”

This is a classic politician's maneuver -- trying to get ahead of a major political debate in order to shut it down. (Democrats did this for years, arguably, with both marriage equality and marijuana legalization, and fell behind the changing tides of public opinion.) With his rebuke of those who even want to discuss UBI, Biden reminds us that the cool Uncle Joe persona he constructed as Barack Obama's wingman just conceals the patronizing Dad politics the Democratic establishment loves so much.

Biden's former chief economist, Jared Bernstein, made a similar argument against UBI, without rooting it in the guilt rhetoric of “dignity of work” that conservatives used two decades ago under President Bill Clinton to gut the social safety net, to disastrous effect.

“If we instead choose to use our resources on people who don't need them, we won't be able to build on the progress we've made," Bernstein argued during a debate in April.

Biden and Bernstein aside, the debate on universal basic income isn't going away. More than a dozen countries and several cities across America have launched basic income experiments in recent years. Will a certain percentage of people take advantage of such programs even when they don’t need them? Possibly, and it's a fair question to ask. But Biden’s argument that only by performing hours of low-wage work will millions of Americans gain a sense of purpose and dignity in life belongs to another era. Tell that to the millionaire class whose fortunes earn more passive income in a year than most Americans make in a lifetime.