On "Fox & Friends," a third-grade football team was called "shameful" for following in Colin Kaepernick's footsteps 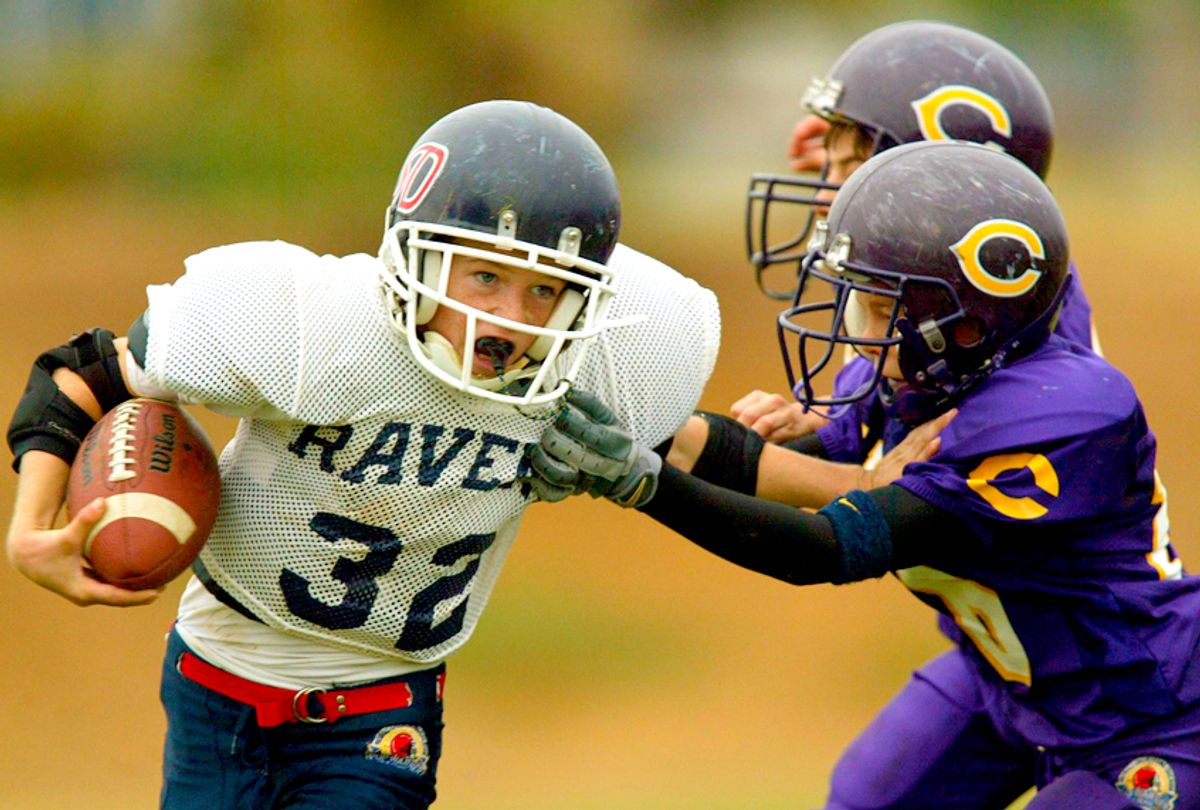 Fox News dedicated a portion of its airtime yesterday to disparaging a squad of eight-year-old children who decided to take a knee during the national anthem before their elementary school football game. They had inquired about Colin Kaepernick to their coach, having felt empowered to model their protest after him.

"Our own American citizens are showing such disregard for the United States, the flag and really the blood that has been spilled on behalf of all of us for our freedoms. I'm the daughter of a veteran and this is deeply offensive," Fox News contributor Rachel Campos-Duffy said of the third-graders, on Fox & Friends Wednesday. "Nonetheless, they absolutely do have the right to do this, but we have the right to get on TV and say this is shameful."

Fox & Friends lashes out at "shameful" 8-year-olds for kneeling during the national anthem https://t.co/JMvu6nW60C pic.twitter.com/x12HlxBvbm

Campos-Duffy added that the team members are not aware of their actions. "They're following the lead of their parents, and this is a very political statement that they have no idea what they're doing," she said of the players who are, again, children.

Co-host Ainsley Earhardt asked Campos-Duffy, as a mother of eight, if she would support her own kids if they wanted to kneel during the national anthem.

"Are you kidding me?" Campos-Duffy responded. "I would pull my kid out of that football league in about 2.5 seconds. I would never, ever allow my kids to disrespect — every day I tell my kids, 'you are so lucky to live in this country. It is a blessing.'"

"It doesn't get better than America," Campos-Duffy concluded. "It really doesn't."