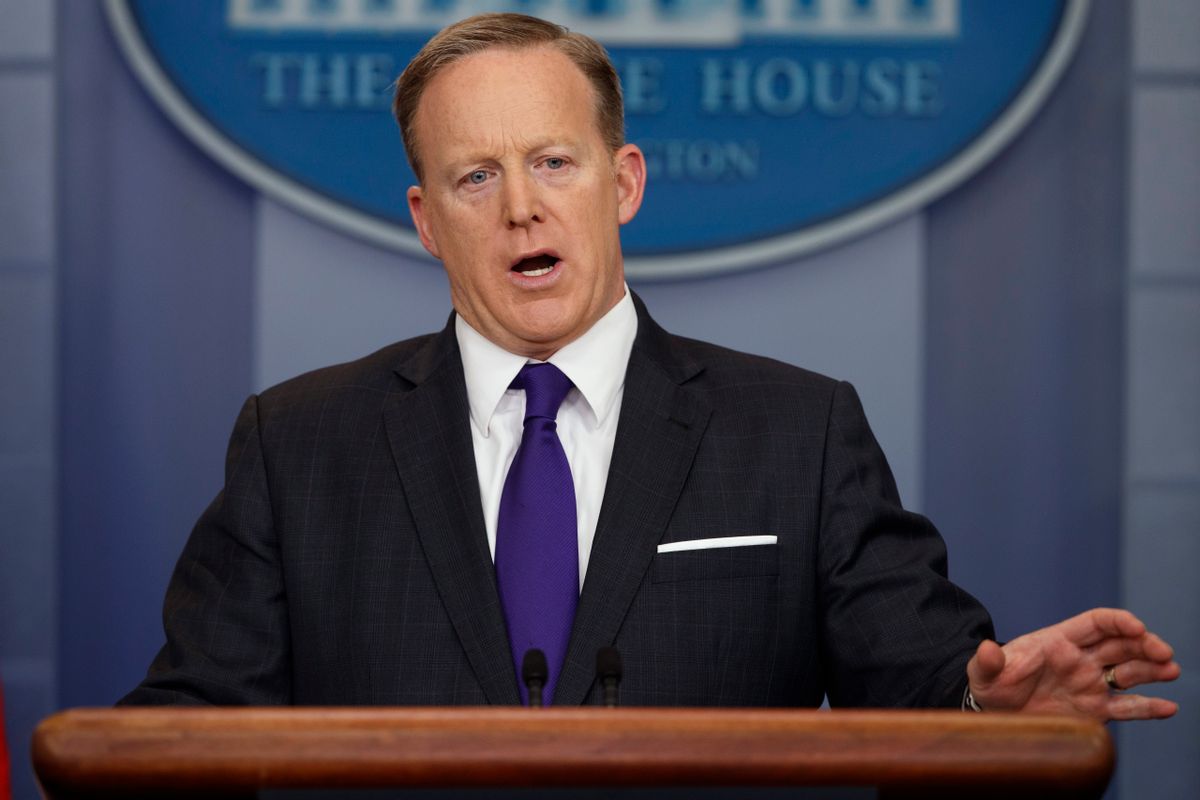 Sean Spicer, the former press secretary to President Donald Trump, is offering a series of half-hearted apologies for his mistakes as press secretary — although he insists he is not on an image rehabilitation tour.

On Thursday morning, the former White House spokesman appeared on "Good Morning America" to provide additional spin on why he's been making the media rounds despite having lost his job roughly one month ago.

"I feel very good with my image," Spicer told co-host Paula Faris. "I'm very happy with myself. I am able to go out and explain a lot of things now, but I'm not on a tour. I'm out having some fun."

When asked if Trump had seen his appearance at the Emmys, Spicer grinned and confirmed that the president had done so.

"He was very supportive. He thought I did a great job and so it was very reassuring," Spicer told Faris.

"Look, I made mistakes. there’s no question. I think we all do," Spicer told Faris. "Some of them I tried to own very publicly, and in some cases there were things that I did that until someone brought it up, I said, ‘Gosh, I didn’t realize that was a mistake, I’m sorry about that.’ But to watch some of the personal attacks questioning my integrity, questioning what my intentions were, I think were really over the top."

Spicer offered qualified apologies for some of his more controversial moments. He admitted that when he hyperbolically described Trump's inauguration as drawing in the biggest crowds, "period," he should have had "more facts" and been "more articulate." When asked why he didn't set the record straight on Trump's reasons for firing former FBI Director James Comey, Spicer argued that his job as press secretary was to express the president's thinking when he couldn't do so himself (Trump had explained his position on Comey before the subject was broached with Spicer). He also admitted that he would take a "mulligan" on claiming that Trump's ban on Muslim immigration was not a "travel ban," when the president later took to Twitter and insisted that it was.

Despite these admissions of error, however, Spicer insisted that the president never asked him to lie.

Here it's worth noting that Spicer was reportedly involved with spreading the discredited story about murdered DNC staffer Seth Rich.