The internet is a genuinely terrifying place, so why haven't good internet-based horror films been made yet? 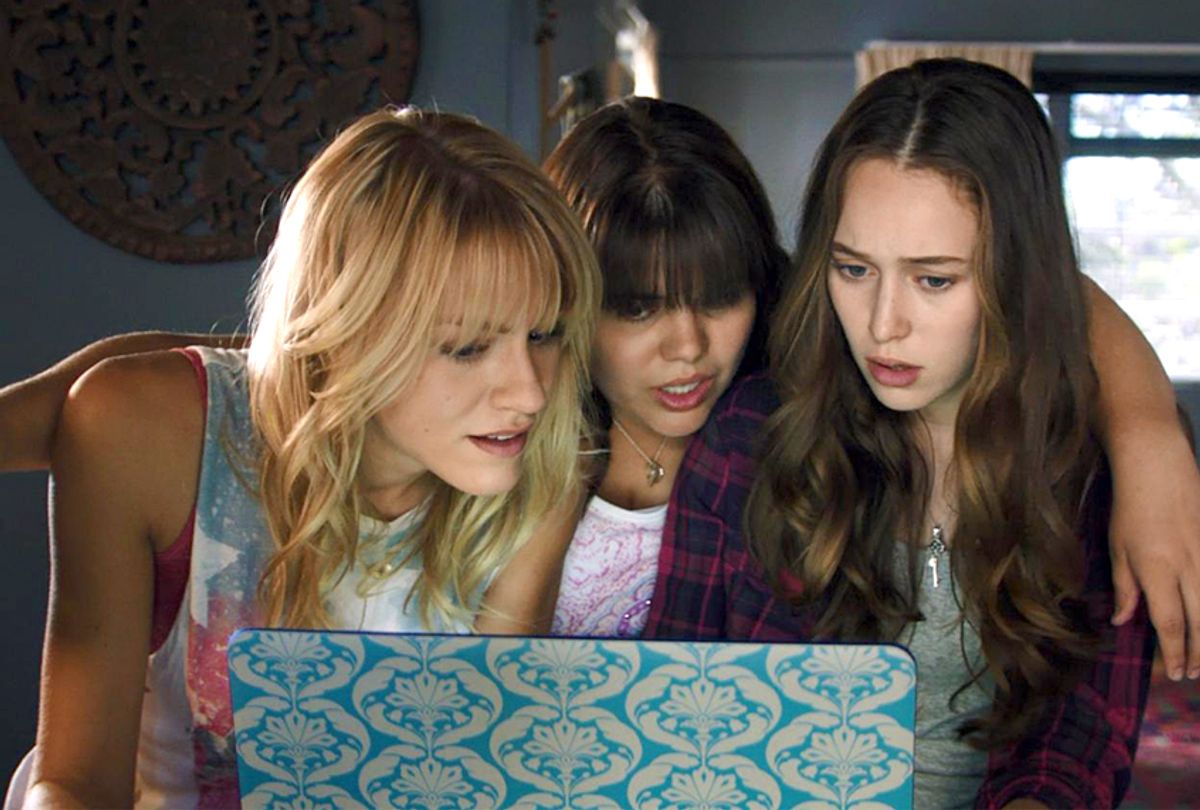 Internet-based horror films, which are quickly emerging as their own sub-genre, have developed a bad name. The trend was set in 2002 with the abysmal "Feardotcom" and 2003's even worse ".com for murder," continued through the dreadful "Pulse" trilogy in the mid-00s, and hasn't gotten any better this decade with filmmakers tackling social media in flicks like "Chain Letter," "Smiley," "The Den" and "Unfriended."

And now we have "Friend Request," which just continues the tradition of internet-based horror films not really having anything meaningful to say about the internet — or, for that matter, being particularly scary.

Among the bunch that I just listed (and yes, I've seen them all), "Friend Request" falls somewhere in the middle qualitatively. The characters aren't as obnoxious and unlikable as the ones in "Smiley" and "Unfriended," but then again, bland and forgettable is only a marginally preferable alternative. Horror-wise, the movie barely delivers at all — there are some effective jump scares and gory images, but nothing that really sticks with you after the credits start rolling.

Most unforgivable, though, is the fact that the plot does very little with the fact that it takes place on Facebook. Instead, the film follows a standard "crazy friend stalks normal person" horror template with virtually no variations. If you tweaked the story to remove Facebook completely, it wouldn't play that much differently. This might be okay if the movie brought something different to the table aside from its online gimmick, but this shortcoming is fatal to any chance "Friend Request" might have had of being memorable or worthy of distinction.

The shame of it is, though, that you could make a great internet-based horror movie.

The internet is a legitimately terrifying place, one with often terrible real-world consequences. There is a dark web brimming with violent and sexual criminal activity; trolls of all ideological stripes who not only contaminate political discourse, but can actually elect leaders who share their hateful views (see: Donald Trump); cyberbullies who psychologically torment their victims; crooks from thousands of miles away who can steal your identity and destroy your life; and on and on it goes.

The horror genre is perfectly suited to address these issues. Indeed, some of our best social commentary comes from horror films, whether they're discussing racism ("Frankenstein," "Get Out"), consumerism ("Dawn of the Dead"), anti-Semitism ("An American Werewolf in London"), classism ("Land of the Dead," "Hostel: Part II"), sexism ("Ginger Snaps," "The Cave") or specific social issues like health care reform ("Saw VI"). The trick is to recognize that the depravity that we see in the real world isn't that far removed from the terrors that assail us in a good horror flick. It's just a matter of moving the needle of reality over by a few degrees.

Yet, as with "Friend Request," none of the internet-based horror films that have made it to mainstream audiences even try to accomplish any of that. They're just formulaic stories about ghosts, slasher villains, weird cults and other genre tropes that have been lazily transplanted to the internet.

The only one of the bunch that comes close to having anything meaningful to say (and this observation by no means counts as a recommendation) is "Unfriended." While the characters are terrible people and the story is boringly predictable, it at least has some useful insights about the deplorable behavior that people engage in when they cyberbully one another. While most other internet-based horror movies pay only superficial attention to the dark side of online culture, or base their observations on stereotypes, "Unfriended" posits that cyberbullying exists because the internet's culture of anonymity has been bred with an ethos of self-absorbed sadism.

It's not a particularly profound observation, but it at least makes "Unfriended" seem like a story rooted in deeper truths about the internet rather than just an attempt to cash in on neo-Luddite fears.

The potential for good internet-based horror does exist, though; the fact that "Friend Request" is likely to underwhelm at the box office — I was joined in the theater by only two other people, one of them my girlfriend (blameless in the endeavor) — suggests that the window for exploiting this opportunity will soon close. It's a shame, too, because a genre as inherently versatile as horror could be put to good use in the digital age. For that to happen, horror filmmakers will need to start following in the footsteps of the pioneers who helped create the internet.

That is, they'll need to learn to think outside the box.