The media reported a 12-year-old girl trapped under the rubble of her former school, but they may have been wrong 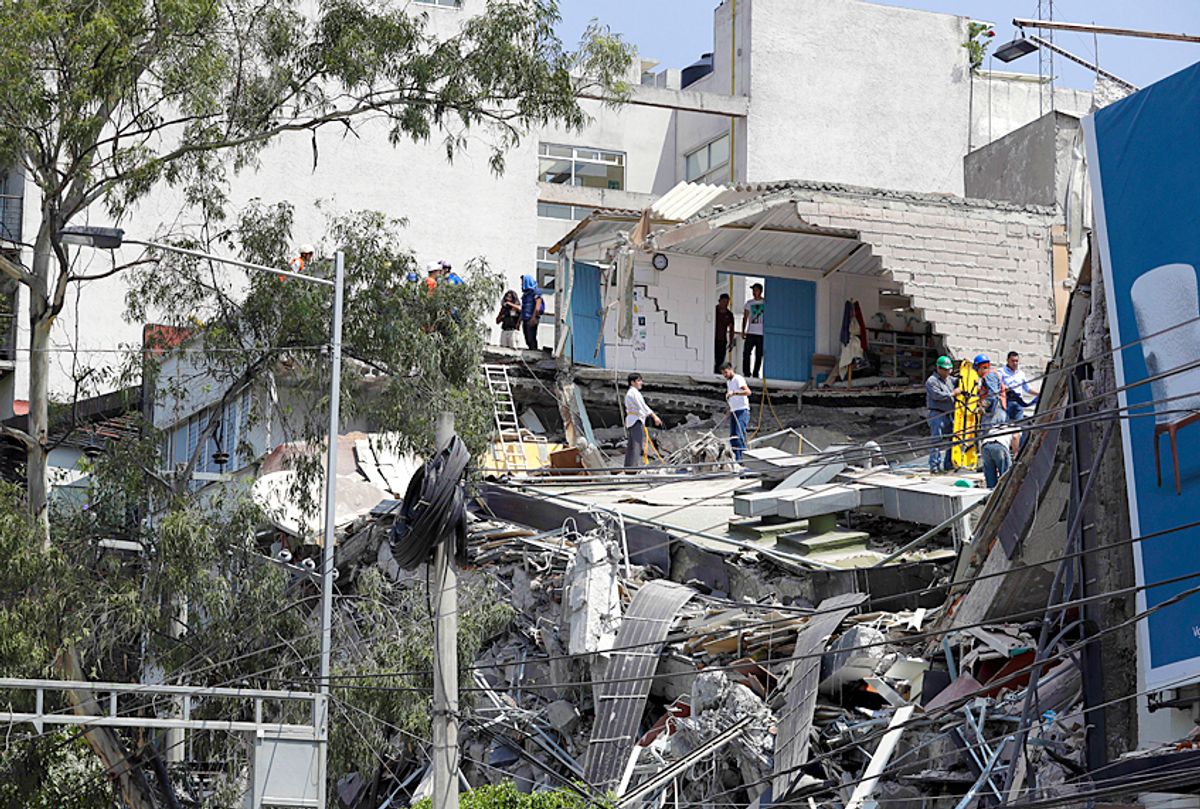 Media reports about Frida Sofia, a supposed 12-year-old girl stuck under the rubble of her former school after a terrible earthquake on Tuesday, may have been false.

Although Mexicans were captivated by the story of the little girl struggling to stay alive while rescue crews attempted to retrieve her, it soon became clear that she may not exist at all, according to The Los Angeles Times. There was no student at the school registered under the name Frida Sofia, no frantic parents were found and no one had reason to believe any children were alive beneath the former school.

Much of the story appeared to originate from reporters for the Televisa network. They said on social media that the girl told rescue workers that she was with five other classmates.

News that there apparently was no living girl under the rubble prompted a new social media eruption, this one of outrage.

Much criticism has been leveled at the Mexican deputy minister of information, who along with other government officials gave conflicting accounts as to whether there were children caught alive under the rubble of the former schools. Members of the Los Angeles County Fire Department had even been sent to the school with canines but were unable to find any signs of life, although they were only able to access 75 percent of the wreckage.

Tuesday's earthquake was measured at a 7.1 on the Richter scale, according to ABC News. It destroyed 44 buildings throughout Puebla state in central Mexico, centering around Raboso, which is roughly 75 miles south of Mexico City.

The current death toll is 286 people, with 1,900 being treated at hospitals in Mexico City so far.