The producers behind "Star Trek: Discovery" explain how the Klingon battle cry is basically "MAGA" 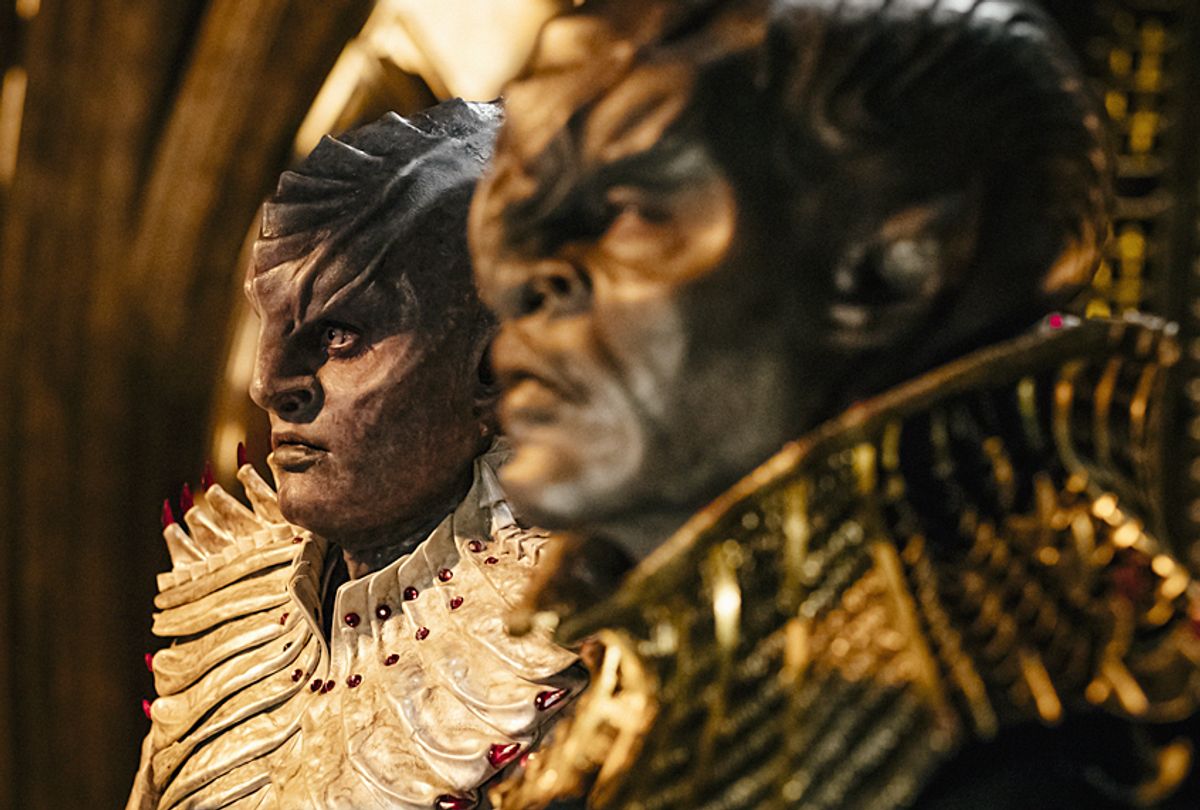 The co-executive producer of the new series "Star Trek: Discovery" has told Rolling Stone that President Donald Trump's 2016 presidential campaign was "front and center in our minds" as they developed it — so much so that the rallying cry of the show's villains is specifically patterned after the Trumpster credo "Make America Great Again"

"We felt like it would be interesting to really look at what's going on in the United States," Aaron Harberts told Rolling Stone, noting that the series' primary villains — an extremist Klingon sect — scream "Remain Klingon," something deliberately reminiscent of "Make America Great Again."

As Harberts put it, "It's a call to isolationism. It's about racial purity, and it's about wanting to take care of yourself. And if anybody is reaching a hand out to help you, it's about smacking it away . . . That was pretty provocative for us, and it wasn't necessarily something that we wanted to completely lean into. But it was happening. We were hearing the stories."

"Discovery" star Jason Isaacs added "We're living in monstrous times, let's not dance around it. Hideous, divisive times, when all sorts of stuff we thought was long buried is coming to the surface, and being encouraged by the most powerful people on the planet. We're living in disgusting times."

He continued, "I don't think science fiction can solve any of these things. But we are holding up an optimistic vision of what the world could be – a better vision of ourselves."

It's actually fairly common for "Star Trek" properties to tackle their subjects with distinctly progressive stances. Ever since the original series took to the airwaves in 1966, the series has been notable for presenting an optimistic view of the future, one that emphasizes economic equality, racial diversity and an overall ethos that values science and mutual respect over superstition and intolerance.