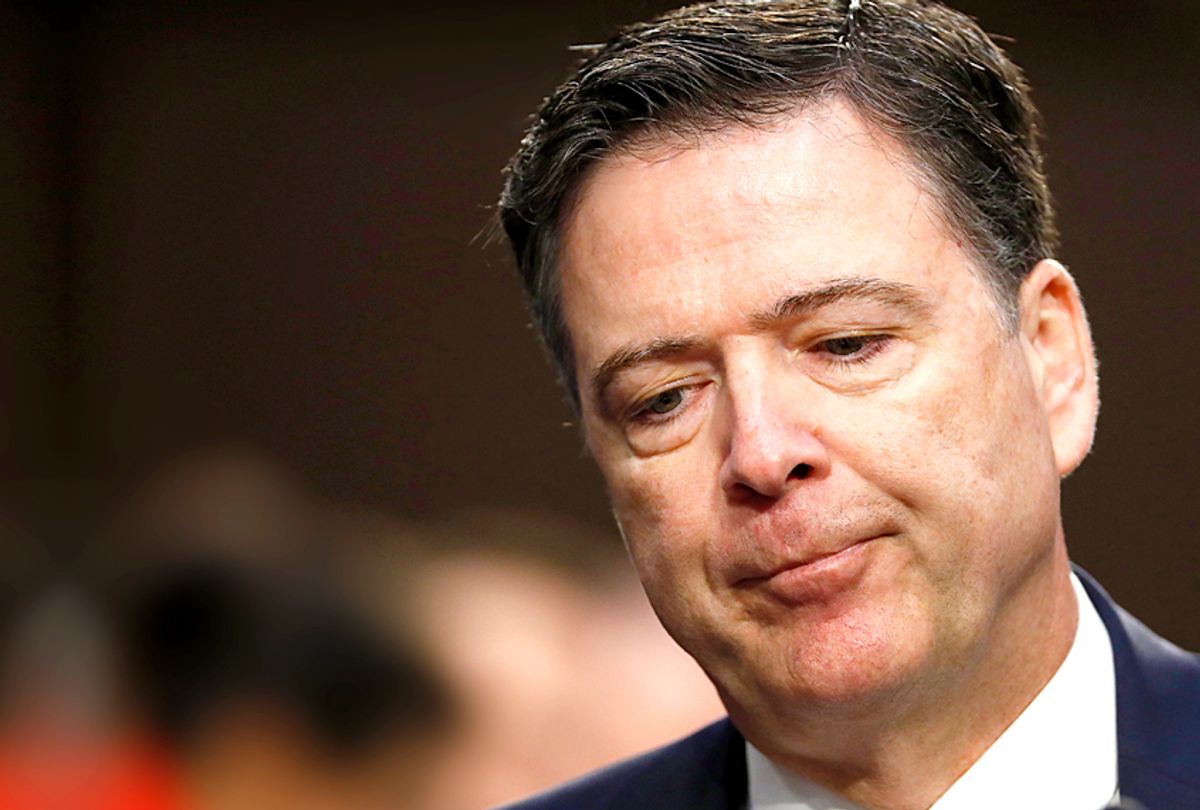 As former FBI Director James Comey attempted to deliver a convocation speech at Howard University on Friday afternoon, he was immediately met with a wave of student protests and chants in response to police killings of black Americans.

Protesters sang "We Shall not be Moved" as Comey stood behind a podium prepared to speak. Chants also included "no justice, no peace," and "go home Comey, you are not our homie!"

Although the beginning of Comey's remarks were delayed, but he attempted to reason with the group of students, saying, "I hope you’ll stay to listen to what I have to say, and I just listened to you for five minutes," according to Politico.

Comey's words didn't work, and students continued to make their grievances with the former FBI head known. An administrator attempted to make the protesters sit to no avail, but they were not removed from the auditorium. Other students responded to the protests and shouted "let him speak."

Other students and members of the audience drowning out protesters with "LET HIM SPEAK!!!"

Comey replies to protestors as they continue to chant, "I'm only going to speak for 12 minutes..." A lot of upset audience members look on. — The Undefeated (@TheUndefeated) September 22, 2017

Comey did not get political in his speech or discuss the FBI or his firing by President Donald Trump that eventually sparked a special counsel investigation. His words "focused mostly on offering advice to Howard’s students and extolling the virtues of the historically black university," Politico reported, despite ongoing chants from students in attendance.

"Howard University has always been different which is why I wanted to be a part of it," he added. "There is simply too little time taken in the rest of the real world to reflect, to think, to try to reshape the world and yourself. The rest of the real world is a place where it's hard sometimes to find people who will listen with an attitude that they might actually be convinced of something."

"Instead, what happens in the rest of the real world — and about four rows in this auditorium — is that people don’t listen at all, they just try to figure out what rebuttal they’re going to offer when you’re done speaking. Sometimes they will pause briefly before telling you that you’re an idiot," he continued.

Students also gathered outside after Comey's speech and continued their protest and read the names of black Americans that have been killed by the police.

Members of @HUResist and supporting students have left @HowardU's Opening Convocation and say the names killed by police. pic.twitter.com/fI3jaqu0fl — The Undefeated (@TheUndefeated) September 22, 2017

In total about 1,500 people were in the auditorium, Politico reported, but roughly 20 students had carried out the protests, though videos of students outside appear to show a bit of a larger crowd.